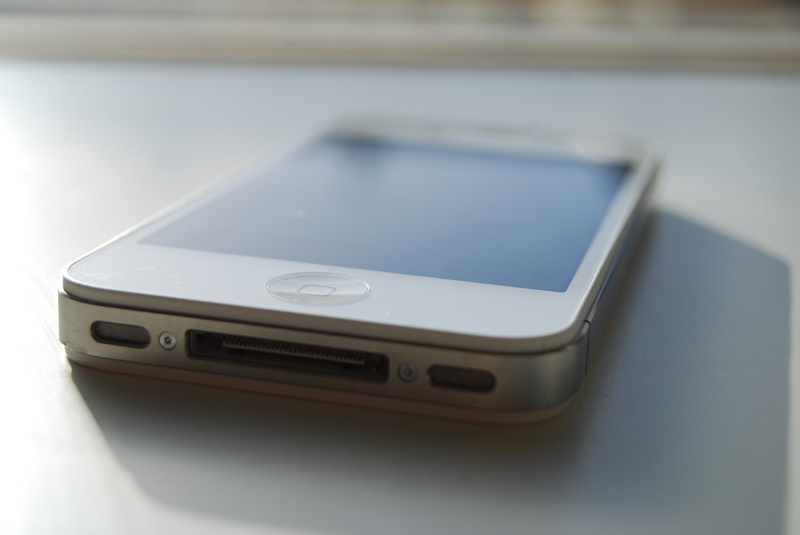 It was sitting beside the curb outside my apartment. A white iPhone 4S in surprisingly good condition. I scooped it up from the ground to get a closer look. It probably belonged to a high school girl, judging by the horrendously glittering purple case. I admired the phone anyway – tacky though the case was, it had protected its charge fairly well. The phone had not only survived what I assumed was a fall from a careless girl’s book bag, but it was in pristine condition. No hairline cracks, no dings, no dents… nothing.


The first few photos were… normal. A teenage girl with long blonde hair, a toothy smile, and some leftover acne from her preteen years. She had taken a lot of selfies and stupid pictures with her friends. Judging by her appearance alone, I figured I had been right in the first place, that she was a high schooler. But why would a high schooler be doing this? Could she even pull it off? She would have needed a pretty good fake ID to get into the club. And I think I would have remembered seeing someone so young. This just didn’t make sense.
I continued scrolling. Pretty soon a guy started appearing in the pictures, with messy brown hair and a dangerously charming smile. They seemed to be getting pretty close. Her friends slowly disappeared from her pictures and were all replaced by who I could only assume was her boyfriend.
And then the pictures turned black.
That was it, just blackness. Assuming it was a dud, I went to the next picture.
Black.
We scrolled through a few like this. Anna shrugged. “This is totally weird.”
I swiped right again, and the screen seemed to explode with color.
I saw the blonde teen again, but this time she was lying on the ground. Her hair actually looked like it had turned strawberry blonde. It took me a moment to register that it was matted with blood. Her head was crooked to the side and her right arm was twisted at an odd angle behind her. Blood had pooled around her and her formerly bright blue eyes had dulled and were staring out into nothing. Dead.
Anna let out a scream. I threw the phone down and ran to the bathroom. I was sick for a few minutes, before I returned. Anna was shaking on the couch, staring at the phone, still lying where I’d left it a few minutes earlier.