Home » »Unlabelled » Little Boy Suffers From Terrible Headaches For Months. The Reason Will Shock You

Little Boy Suffers From Terrible Headaches For Months. The Reason Will Shock You

Having a sick child is never a pleasant experience. For 26-year-old Kimberly Almarode, the normal concern was worsened when the doctors would not listen to her son’s issues. 4-year-old Bentley was normally a playful boy who was Kimberly’s middle child, but he had recently changed his personality entirely. This Virginian mother had to fight to get her son the care he needed. 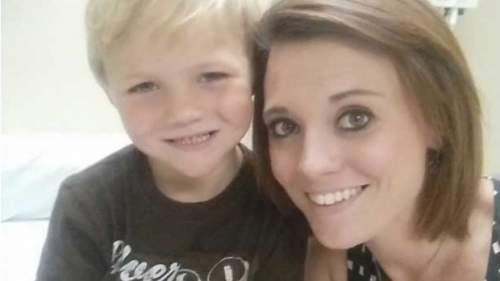 In just a few short weeks, Bentley changed from a happy and healthy child into a tired and nervous zombie. He started having constant headaches that were painful enough to stop him from doing everything he loved. A particularly concerning incident happened at his preschool, where teachers had trouble waking him up after he fell asleep in a playhouse. Though Kimberly took him to the doctor multiple times, they ignored her concerns. Instead of trying to solve the issue, all of Bentley’s exhaustion, headaches, and bouts of vomiting were just dismissed as a virus. 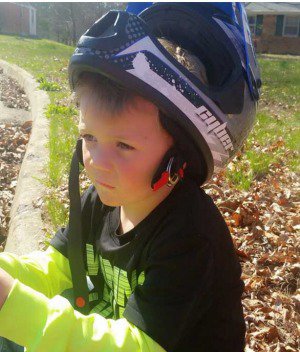 Though Kimberly and her husband usually did not react in an overprotective manner, they were getting increasingly concerned. Over the counter pain, relievers did not help with Bentley’s headaches, and he did not show any other symptoms of a virus. Even when Kimberly took Bentley to the emergency room after his preschool teachers could not wake him up, the doctors told her that nothing was wrong.
Ultimately, it was not a pediatrician who first agreed with Kimberly that something was wrong. When Bentley was taken to an optometrist for a potential issue with his vision, the optometrist was immediately alarmed. The optometrist had detected that Bentley had papilledema, a condition in which the optic nerve swells up because fluid is pressing on the brain. Papilledema is often a symptom of a brain cancer. The optometrist was so concerned that he scheduled an emergency brain scan for Bentley at the University of Virginia Medical Clinic.


RELATED ARTICLE: 9 Life-Threatening Symptoms In Children to Never Ignore
The doctors at the University of Virginia were first concerned that Bentley might have a brain tumor, based on his symptoms. Scans did not show any type of cancer, but Bentley had an abnormally high intracranial pressure. He was diagnosed with a pseudotumor cerebral, a condition that mostly only affects obese young women. Neurosurgeon Kenneth Liu diagnosed the pseudotumor and realized that the problem was the result of narrowed and obstructed veins right beneath the brain. Liu decided that a relatively new and unusual surgery could help to open up the blocked veins.
It was very difficult for the doctors to devise a surgery that would work for Bentley since most patients with his condition were adults. When they first tried to thread a stent into the veins, they had to stop the surgery because it could not be done safely on a tiny child like Bentley. After sitting down with Almarode and weighing their options, they decided to drill a very small hole in Bentley’s skull to reach the blocked blood vessels.
This risky procedure was performed by Liu and a team of neurosurgeons. After just 24 hours, the pressure on Bentley’s brain began to drop. Within just three days, he was able to go home. Six weeks after the surgery, Bentley was back in preschool, and current MRI’s show absolutely no brain issues.
RELATED ARTICLE: One Child, Cancer-Free
Kimberly’s insistence that Bentley gets proper care was crucial to his recovery. Without surgery to reduce the pressure on Bentley’s brain, he could have continued to worsen. Many patients with pseudotumors eventually go blind, and there can be many other complications. Fortunately, this mother’s devoted care and the dedicated neurosurgeons were able to ensure that Bentley will go on to lead a happy and healthy life.
source   positivemed.com
Posted by Unknown at 2:34 PM