Home » »Unlabelled » This fireman saved a little girl’s life. 17 years later, she does something in return.

This fireman saved a little girl’s life. 17 years later, she does something in return.

17 years ago the American fireman, Mike Hughes, responded to a call that he'll never forget. When rescuers arrived at the Davison household, it was already fiercely blazing. One after the other, the family members were pulled from the flames, but a baby was still inside the house! It didn't take Mike long to make a decision before he rushed back in to the burning building. In one of the rooms he found 9-month-old Dawnielle, rolled in a ball in the corner of her cot. He cautiously lifted the little girl into his arms and managed to make it back outside. His actions made him a local hero. 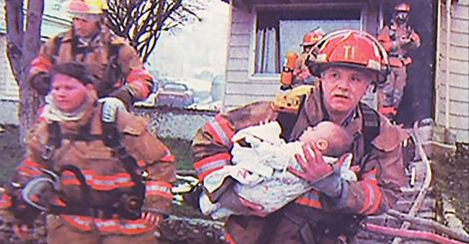 The brave fireman remembers those moments many years ago, "when we arrived, a large part of the house was already engulfed in flames. I found Dawnielle curled up in her crib in the bedroom." That image never left his mind. Years later he wondered how the little girl was doing and looked her up on Facebook. He found her profile and wrote her a small message, "Hello. I think I once pulled you from a fire when you were still a very little girl." From that moment on, a special connection was made and the two of them were in constant contact. Mike became like a second father to Dawnielle. 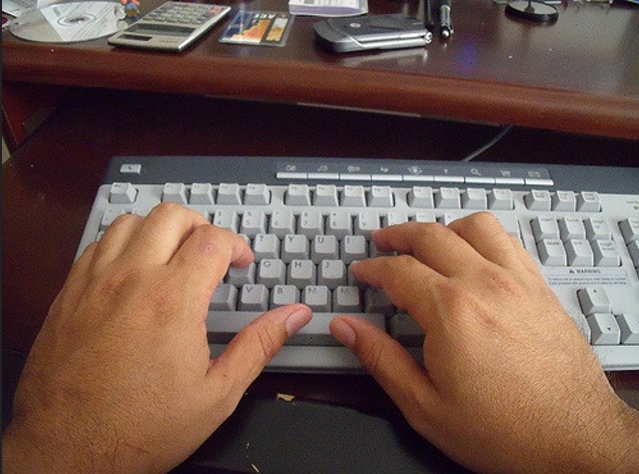 17 years after the fire, Dawnielle attended her high school graduation. Of course, Mike was also invited to take part in the celebration. What would it be without her rescuer and friend? When Dawnielle took the stage to give her speech, Mike couldn't hold back his tears. She said, "Mike’s presence here is really important to me. I always cry from happiness when I think about how everything could have been so different. I wouldn’t be here if it wasn’t for you."

Mike was extremely proud of her. He joyfully took Dawnielle in his arms. The young girl feels lucky to have Mike in her life, not only as her rescuer, but also as one of her closest friends.

What a beautiful story and wonderful gift for both of them. They will forever be connected by a special bond.