Home » »Unlabelled » 3 LITTLE MONKS AND A MOMENT OF TRUTH

3 LITTLE MONKS AND A MOMENT OF TRUTH 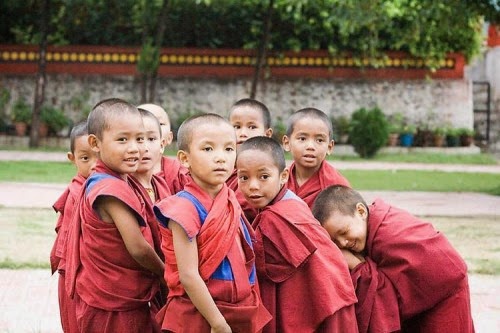 I was introduced to him about seven minutes before the start of a meditation gathering in a modest Mumbai home. “This is Ankur,” our host Sachi had said, with the catching enthusiasm she’s known and loved for, “He’s an amazing photographer and has recently gone totally ‘gift economy’.” For the uninitiated, in this context the term gift economy means a system in which people do not charge for their services, but rather offer them up in the unconditional spirit of a gift, inviting recipients to “pay-forward” what they wish from their heart. It represents a broader shift, a movement if you will, from; transaction to trust, a mindset of scarcity to one of abundance; from isolation to community and from consumption to contributioI n. It is an unusual mode in which to live and to make a living– to say the least 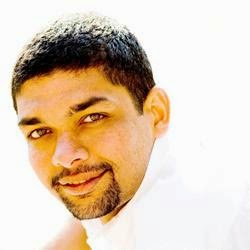 look over at the young man seated in front of me. He has light, wide set eyes and a face as open and trusting as the first page of a brand new journal. An unguarded face lit now by a smile both shy and warm. “What’s your experience been like so far?” I ask him. “Beautiful,” he says, “ I love gifting people my work and having them let their heart decide how much to give.” “But what made you decide to work in this way?” I ask him. “Three eight-year-old monks stood on a cliff edge and saved my life,” responds Ankur, his voice bland and friendly, as if the occurrence he speaks of was the most natural thing in the world.
Three eight-year-old monks stood on a cliff edge and saved my life.
A dazzling, utterly unexpected sentence – in my mind’s eye I see the flash of deep red robes, a desolate path hugging a rocky mountainside, boyish laughter and a dizzying drop. “You are going to have to explain,” I say. Because no matter who you are you cannot possibly drop a sentence like that on a person and then expect the conversation to drift into the subject of traffic or the weather.
And so I came to learn that two years ago, Ankur had traveled to Kashmir and wandered the mountainsides of Ladakh taking photographs. When a group of young monks-in-training invited him over to shoot a game of football, he readily accepted. In making his way to their playing field he found himself on a winding path high above the valley. It was then that his foot slipped, perhaps on a stray pebble and in a split second he found himself precariously balanced on a narrow ledge. One wrong move would mean a fatal plunge to the floor of the valley. But even before that thought had fully formed in his mind they were already there.
Three of them. No higher than the middle of his chest, their red robes flapping in the wind, holding hands and forming a spontaneous boymonk-fence between him and the next world. Without debate or deliberation these children had put their lives on the line for him. He didn’t even know their names.
As Ankur edged to the safety of higher ground, willing himself not to slip, his mind went quiet, the questions confronting it too big to be answered by reason or logic. Who were these young monks and by what power had they done what they did? His young rescuers did not seem to give their actions a second thought, they ran ahead on the path to a little waterfall and proceeded to do what all children will do when confronted with running water – they splashed and squealed and played.
“But something had changed in me after that moment on the cliff edge,” says Ankur, “I couldn’t go back to being who I used to be.” He admits to having been a “somewhat dishonest person” (as which of us isn’t?) prior to the event, but afterwards, noticed a newfound inability to play games with falsehood. His life underwent a radical re-haul and when he stumbled across the concept of the gift economy it struck a chord. “I knew that was how I wanted to live my life.”
The real answer is…
It is almost time to begin our hour of meditation. But I have one more question to ask before we all fall silent, “What do you think is the connection?” I ask him, “Between the little monks’ gesture and these changes within you?” His eyes widen at the query, and when he speaks it is in a jumble of words, his thoughts racing faster than his tongue can keep up with. “ Their purity, all in an instant — such a selfless act. Why me? How did I deserve this? I thought – it felt – like now I have to make my life worthy of their gesture, their trust.”
We close our eyes and the room slowly stills. There is a beautiful paradox in the fact that people can sit alone and yet together in this way. Going within is such a highly personal act, and yet there is something gained when people collectively practice this individual mode of being.
When the bell rings signaling the end of the hour, we open our eyes, to what is no longer a roomful of strangers, but a circle of people bound lightly together by the quality of presence we have just shared. I give a short talk then, telling the story of a man with a beautiful dream, whose life lit the eyes of millions, literally. There is a powerful discussion afterwards. The people in the room are all quiet revolutionaries composing their lives by rules that break with the dominant paradigm, and their reflections are sincere and searching. Dinner is served afterwards and as I stand holding my plate Ankur comes up to me.  “I was thinking about your question while we were meditating,” he says, “You asked what the connection was between what the boys did and the change in me.” “Yes,” I say nodding. “Well I thought about it and realized the real answer is – I don’t know.”
I remember being impressed by the absolute ring of truth in his answer. I don’t know. I don’t think I’d experienced before what a powerfully sufficient answer it can be.

Later that same evening Sachi slips a large envelope into my hand. “A gift from Ankur,”

she says, “for you to pay-forward.” Inside were a stack of large prints of his photographs. Many of them featuring little monks in red robes, their faces animated, their gestures so alive. It is clear that their photographer is blessed with an ability to see through the surface contours of the moment straight to its heart.
I am properly stunned by the unconditional generosity of the gift.
Life is Magical
Ten days from the day I met him, Ankur was back in Ladakh armed with his camera, a heart of service and his faith in the universe. I received a short email from him his first few days into the adventure. He had been thinking about the various ways in which his life after a near-end had changed course. “That moment,” he writes, “forced me to:
-surrender to the universe
-learn and be open to learning
-give
-create my life
-forgive
-be honest, happy, generous, kind, compassionate
-live gift economy
-confront myself
-take big risks
-meditate”
I smile seeing that he has framed his transformation in brief bullet points, as if it were no more extraordinary than a grocery list. Ankur has no regrets about the unusual choices he has made. And it would seem that his journey continues to unfold in sync with a hidden master plan.
“Yesterday morning at breakfast, a monk told me, ‘When you understand every small thing is changing — your mind will be free,” he recounts in an email, “I lived with this yesterday and today. Two days turned silent. Life is magical — every day!”
via - www.dailygood.org