Home » »Unlabelled » 10 Movies That Could Change Your Understanding Of Life

10 Movies That Could Change Your Understanding Of Life 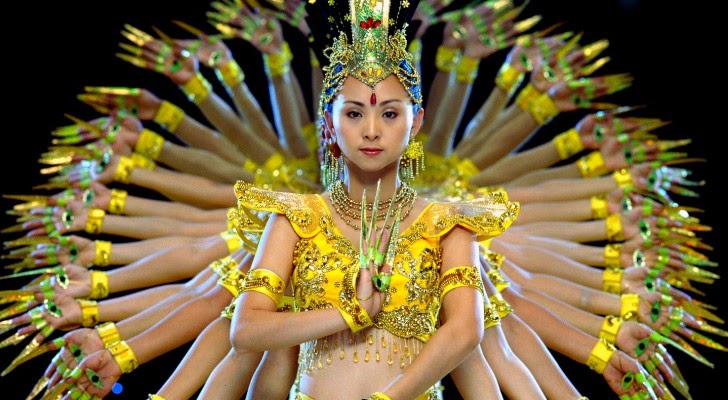 Every movie has the ability to affect its viewer differently. Some films evoke wonder and excitement, while others provoke fear or sorrow, but a commonality among all films is a prevailing message or theme.
Some films can summon such profound questions, that it changes the way you perceive life as you once knew it. The following list contains 10 unique movies that do just that.

Richard Kelly’s cult-classic Donnie Darko stars Jake Gyllenhaal as a troubled, sleep-walking teen who is insistent in challenging authority and who is often visited by Frank, a monstrous rabbit that urges Donnie to perform dangerous and destructive pranks.
A haunting work of loneliness, alienation and the universal desire for companionship and meaning that’s wrapped in a guise of understated ‘80s nostalgia and head-spinning science fiction mythology, Donnie Darko is a film you shouldn’t miss.
What makes Donnie Darko especially fascinating is its take on multiple realities and universes. The film explores concepts of imploding universes, black holes and alternate timelines. It leaves most scratching their heads and itching for an immediate second viewing. Richard Kelly stated that the film has varying interpretations, which is why the film is still analysed and debated about to this day.

A smartly crafted combination of stimulating action and mind-bending philosophy, The Matrix is a film that throws our perceived reality into question. The film’s premise finds Neo (Keanu Reeves), an office-worker by day, computer hacker by night, who is told about the grand illusion. That is, the reality as we know it is false, a simulated and constructed reality in which mankind is unknowingly imprisoned.
The film is an allegory for the concept of a spiritual awakening. Neo is woken up to the fact that he’s been enslaved to the system, the matrix, his entire life. He is re-taught about his unlimited potential as a creator-being, and stands up against the dark forces which impose humanity. Amazing in every sense, The Matrix has a lot to offer, with the potential to change the way you understand the world we live in.

Absurd, transporting, and strikingly original, Waking Life poses many life-changing questions, such as ‘What are dreams and what is reality?’ Within the animated film, the line between the dream-state and reality become blurred as the protagonist wanders through various scenarios and interacts with an eclectic cast of characters.
Each character throws science and philosophy into question, and as the main character continues to experience the extended dream, he begins to worry he will not awaken.
Humans and inanimate details are sometimes quite realistic, even recognizable (such as Ethan Hawke) but the computer “painting” can give subjects forms, movements and dimensions that are wildly exaggerated, limber and stylized in cartoon-like fashion. The movie looks like an LSD trip, and is a cult classic that could find a spot in everyone’s top ten list.

Colossal in scale, Cloud Atlas follows 6 interwoven story lines that span hundreds of years. The official synopsis describes it as “an exploration of how the actions of individual lives impact one another in the past, present and future, as one soul is shaped from a killer into a hero, and an act of kindness ripples across centuries to inspire a revolution.”
Cloud Atlas’s prevalent theme delves into the theory of reincarnation, which boasts that an eternal aspect of our self, the soul, experiences any number of lives incarnating here on Earth. The film also explores the concept of karma and the karmic cycle, suggesting that our actions in one lifetime may reverberate into the next.
Although the critic consensus is mixed for Cloud Atlas, one must applaud the film for tackling an unconventional theory such as reincarnation as well as a massively ambitious story line.

Spring, Summer, Fall, Winter, and Spring is a Korean film that follows a Buddhist monk and his journey at a monastery that floats on a lake in a pristine forest. The story follows the monk as he passes through the seasons of his life, from childhood to old age.
Each changing season act as beautiful metaphors and lesson that the main character is experiencing. The film is very quiet, but the breathtaking imagery speaks for itself. Although the story has only a handful of characters and everything takes place in a small area, it encompasses a surprisingly large chunk of the human experience, including lust, love, jealousy, murder, suicide and redemption. It has important things to say about the difficulty of teaching and the elusiveness of wisdom.
This film is about learning from one’s mistakes and becoming a better person by seeking wisdom.

In a number of Eastern faiths, samsara literally means “continuous flow,” referring obliquely to the ongoing cycle of life and death, decay and renewal.
Samsara, the film, turns that idea into a sprawling concept, a continuous flow of images of the natural world and the human tide that dominates it. The film envelops the audience with a barrage of diverse imagery that shifts rapidly from one locale and one theme to the next.
Through watching the continuous imagery, we are given the chance to truly observe our world with utmost presence, something we tend not do in our fast-paced culture. It’s a journey through life and death, and a film which may give you a new perspective on the human experience.

Detachment is a chronicle of one month in the lives of several high school teachers, administrators and students through the eyes of a substitute teacher named Henry Barthes (Adrien Brody).  Barthes’ method of imparting vital knowledge to his temporary students is interrupted by the arrival of three women in his life — the damaged and naïve prostitute Erica, a fellow teacher and a troubled teen named Meredith.
These women all have profound effects on Barthes’ life, forcing him to both re-discover aspects of his own personality, and to come to terms with both the tragic suicide of his mother and the impending death of his grandfather.
Henry impacts his students’ lives and makes them more focused and attentive, but he alone can only do so much. The film is a character study of one man, and a social commentary on the failing education and social systems.

Her follows Theodore (Joaquin Phoenix), a lonely introverted middle-aged man who  hears of the new OS1, the world’s first artificial intelligent operating system. When Theodore meets Samantha (Scarlett Johansson), the charming female voice of his OS1, he soon finds himself drawn to  her romantically. As he becomes closer to Samantha, Theodore must decipher where his desire to be with her is really coming from.
There are many themes in Her that parallel the issues of our current technology-obsessed culture. We’ve become so attached to our phones, laptops and tablets that we’ve begun to lose touch with an essential aspect of life, authentic human interaction. Her reveals how technology is propelling isolation and loneliness to a scary degree, something we all should consider.

Fight Club teaches its viewer many things. A big lesson realized from watching the film is the emptiness that exists within consumerism and materialism. It’s also a film which questions our attachment to identity -are we really who we believe ourselves to be? The film shocks its viewer when we discover that the ‘revolution’ which has been building up is a mere satire constructed to teach the main character a massive lesson about the state of humanity.

Life is Beautiful reveals the power of optimism and perception during dark times. The story is simple: A father tries to shelter his son and family from the horrors of WWII. It teaches us how preserving our child-like innocence can protect us from the troubles life may throw at us. A simple concept that is beautifully crafted.
Obviously this list only skims the amount of life-changing films available today. I didn’t even mention documentaries, because there are too many to start listing. What are some movies or documentaries that have impacted your life? Share with us below!
source  www.collective-evolution.com