Home » »Unlabelled » “Buddha is the greatest scientist in the history of mankind.”

“Buddha is the greatest scientist in the history of mankind.”

Buddhism andntist in the history of mankind.”
I have often heard this at bana sermons. This is completely wrong. Scientists are people who are constrained to work solely within and accept only, the knowledge generated by the scientific method. They generally reject knowledge generated by the other method. The Buddha did not use the scientific method and therefore he is not a scientist. Modern Science – by Dr. Granville Dharmawardena, University of Colombo”Buddha is the greatest scie
Of the two methods of acquiring knowledge available to the human being the Buddha used the right brain centered intuition method, where as the western approach to acquiring knowledge used the left brain method. The Buddha trained his mind to an - See more at: http://www.trulymind.com/buddha-is-the-greatest-scientist-in-the-history-of-mankind/#sthash.tpRdzala.dpuf 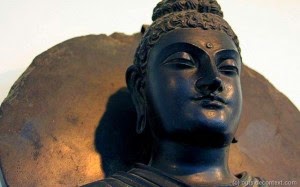