Home » »Unlabelled » Here Are 12 Mysteries That Science Just Can't Explain. How Did Any Of This Possibly Happen?

Here Are 12 Mysteries That Science Just Can't Explain. How Did Any Of This Possibly Happen?

Human civilization has been on the Earth for a long time (and the Earth was around for even longer than that). So it would make sense that there are mysteries surrounding ancient civilizations… so much happened, yet we have documentation of what or why. Here are 12 mysterious and strange discoveries made in archaeology. Science has yet to fully explain them (or if it has, there is plenty of room for doubt). It’s hard to speculate as to the truth of the situation, but it’s also impossible to dismiss them as hoaxes.

1.) Baltic Sea Anomaly: A crew of Swedish divers discovered a large, disc-shaped object settled on the seabed of the Baltic Sea. It was reported that the formation rests on a pillar and includes a structure similar in appearance to a staircase, leading to a dark hole. No one is certain what the origin of this object is. 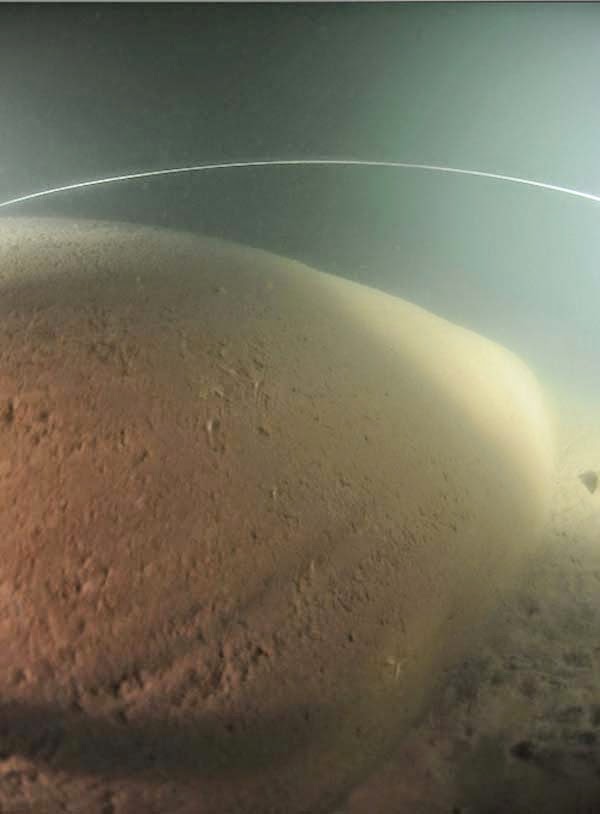 2.) Baghdad Battery: A few of these items have been found, also referred to as the Parthian Battery. These terra-cotta pots were created in Mesopotamia and seem to have copper and iron inside, creating a basic battery if there were electrolytes present. 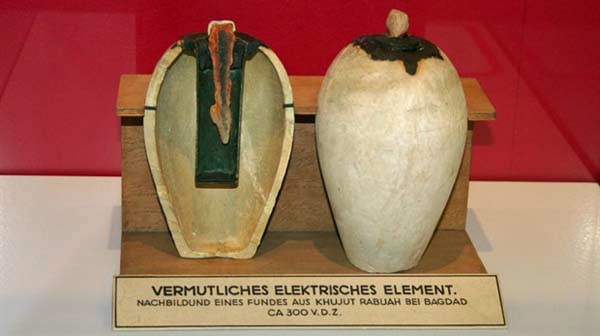 3.) Crystal Skulls: These are carvings made of clear or white quartz and they are allegedly pre-Columbian Mesoamerican artifacts (Aztec or Maya civilizations). There are no rudimentary carving markings though, making it difficult to determine if they really are ancient artifacts… possibly possessing powers. 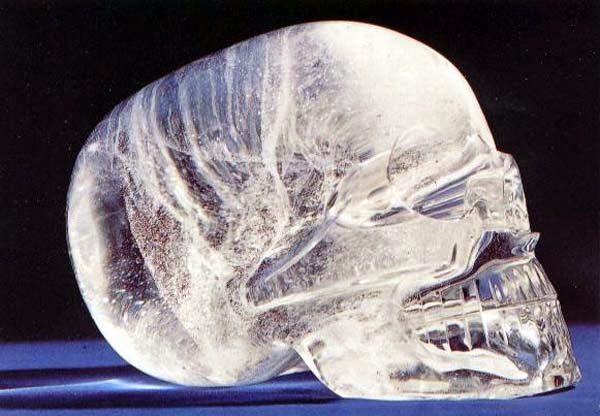 3.) China’s First Emperor’s Pyramid & The Terra cotta Army: At the location of this pyramid, it is said that there used to be a river of mercury and a mini-city, marking the tomb of Qin Shi Huang, the first emperor of China. There is also the famous Terra cotta Army surrounding the tomb. Recent scientific work at the site has found high levels of mercury in the soil of the tomb mound… making this a possibility. 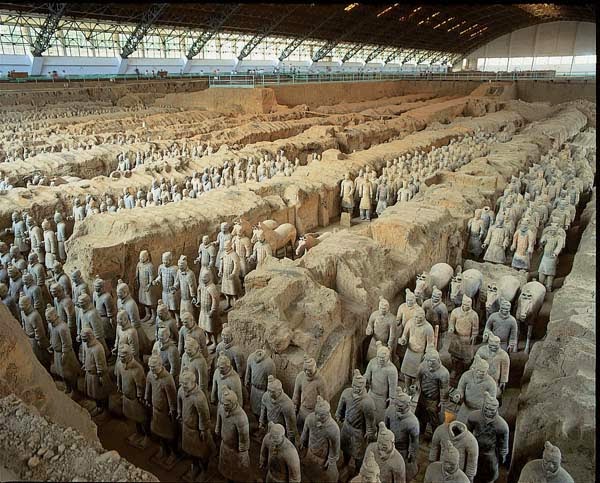 4.) Ancient Flying Machines: These small models depict small flying crafts or airplanes. However, lighter-than-air flight wasn’t accomplished until the 1780s. So how did ancient civilizations know enough about flying to make models and sketches of flying machines? 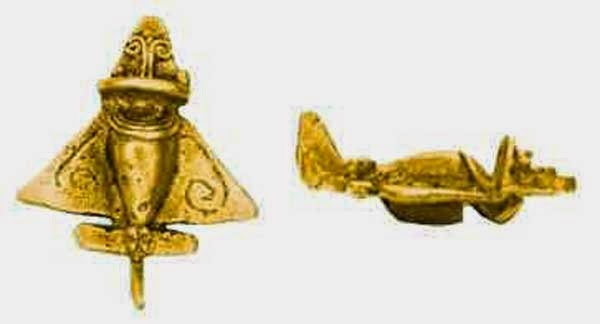 5.) Co-Existing Dinosaur & Human Prints: Although many of these fossils were proven to be faked, there are some samples of human and dinosaur fossil footprints found together in the same ancient rock layer that are a mystery. If they were real, this would disrupt the theory of evolution. 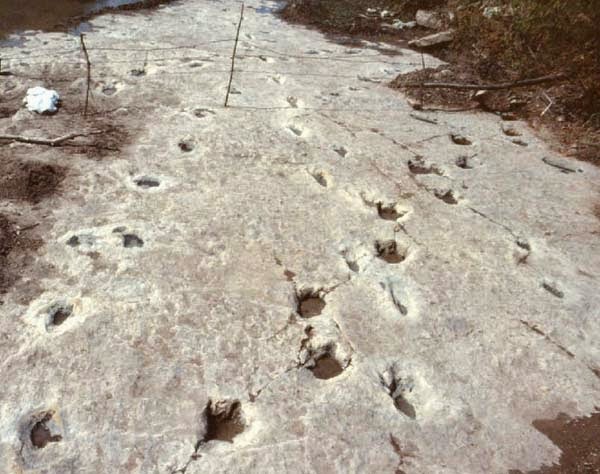 6.) Radioactive Remains Found in Ancient Cities: In Harrapa and Mohenjo-Daro, radiation levels are so high in the ruins that people theorize that an atomic bomb explosion around 1500 BCE killed the population. Many people believe this to be ridiculous, and the theories are full of pseudoscience, but people still argue over it. 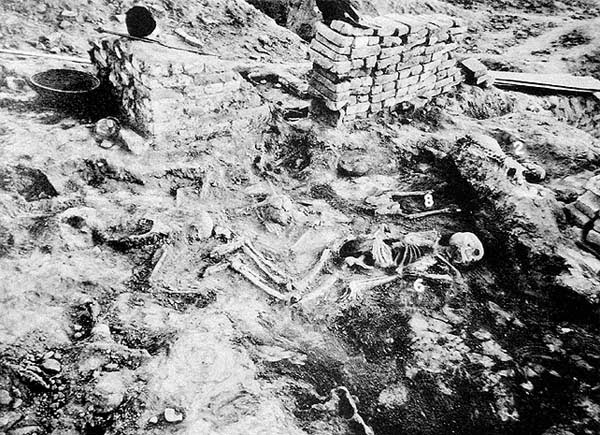 7.) Interlocking Stones at Puma Punku: In Bolivia, there is a large temple complex that includes perfectly interlocking stones from the Inca civilization. In Inca traditions because it is believed to be the site where the world was created. This stonework is so precise, it’s unknown how it was possibly built so long ago. 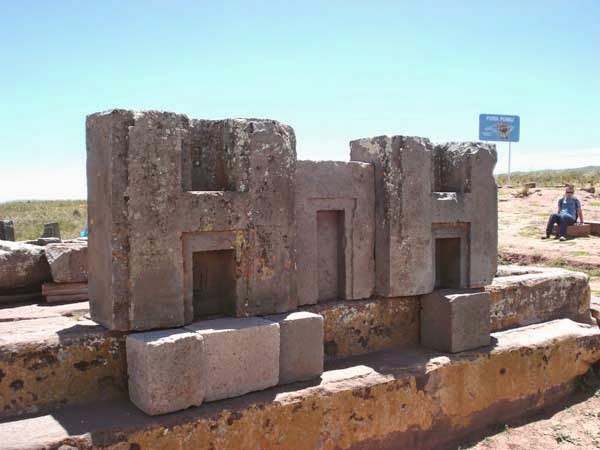 8.) The Voynich Manuscript: This has been proven as an authentic manuscript from the Middle Ages, but no one has been able to accurately decipher it. It is believed to be a medical book, however. Itt has become one of the most famous cases in the history of cryptography. 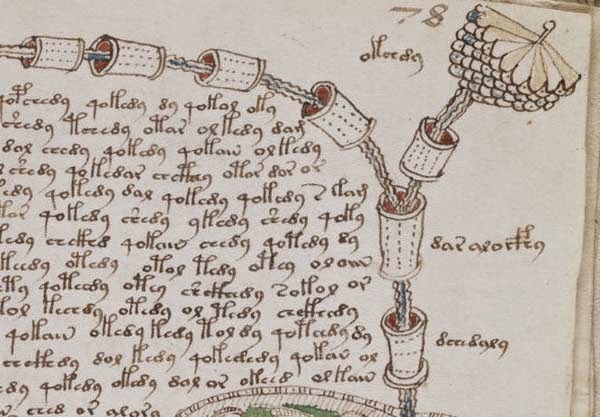 9.) Antikythera Mechanism: This mechanism from the Hellenistic Period is an ancient analog “computer” that was designed to predict astronomical positions and eclipses. The mystery surrounding it, though, is that nothing this complex was made until centuries later. What happened to the technology? 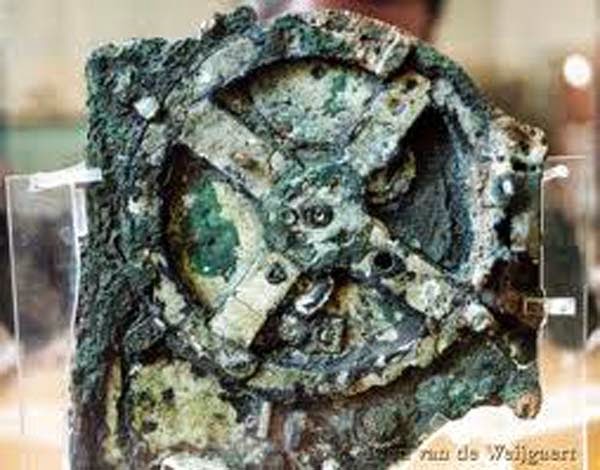 10.) Cocaine & Tobacco Mummy Residue: Residues from those drugs were found on Egyptian Mummies. There were no transoceanic contact between Africa and South America in ancient times, so how they got the drugs is a mystery. 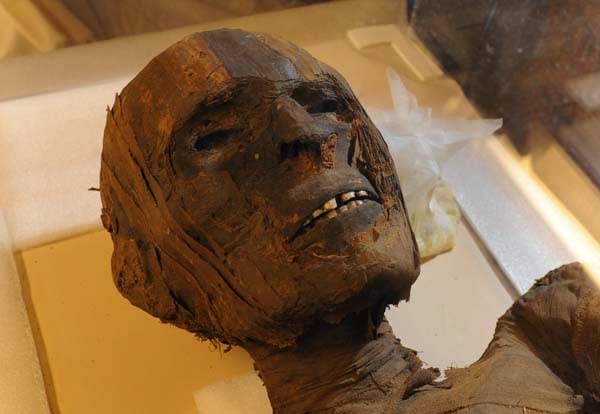 11.) Baigong Pipes: These pipes are evidence of plumbing in Ancient China. The pipes are associated with three caves in Mount Baigong. There is evidence of other pipes all over the world, and many people theorize that these technological advances are traces of extraterrestrial life visiting earth. 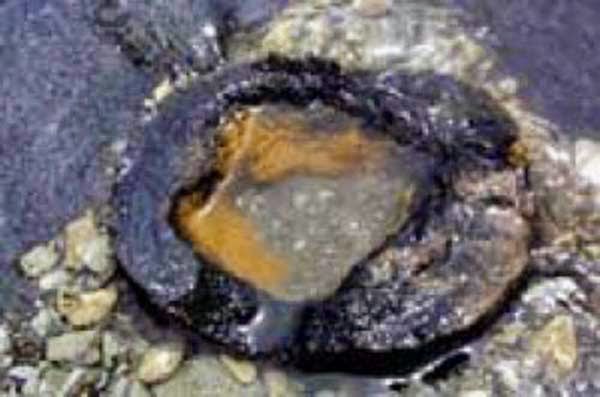 12.) Stone Spheres of Costa Rica: There is an an assortment of over three hundred petrospheres in Costa Rica, located on the Diquís Delta and on Isla del Caño. The stone balls are known as Las Bolas. There are many myths surrounding the stones. Some claim they came from Atlantis, or created perfectly by a people that disappeared. 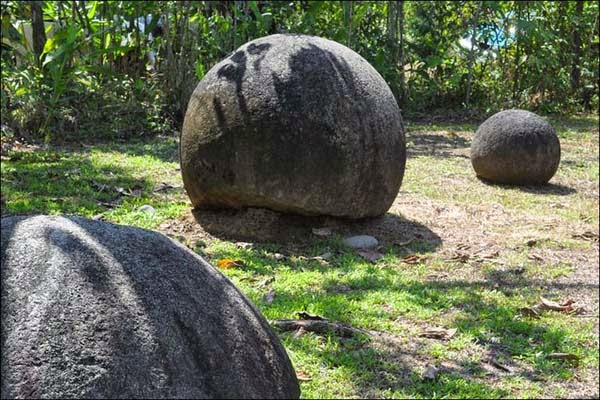 Source: Disclose.tv The most frustrating thing about these discoveries and myths is that no matter how much scientific research is done, we will never know for certain what happened. This mystery is a wonderful part of life, but also frustrating. Share these incredible mysterious discoveries with others. What do you think happened?
Source- Viralnova.com
Posted by Unknown at 7:15 AM