Home » »Unlabelled » What is Abhidhamma? 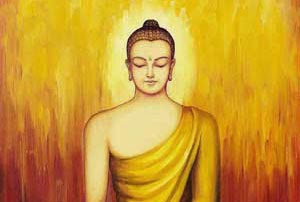 Abhidhamma is the analytical doctrine of mental faculties and elements.


The Abhidhamma Pitaka contains the profound moral psychology and philosophy of the Buddha’s teaching, in contrast to the simpler discourses in the Sutta Pitaka.

The knowledge gained from the sutta can certainly help us in overcoming our difficulties, as well as in developing our moral conduct and training the mind. Having such knowledge will enable one to lead a life which is peaceful, respectable, harmless and noble. By listening to the discourses, we develop understanding of the Dhamma and can mould our daily lives accordingly. The concepts behind certain words and terms used in the Sutta Pitaka are, however, subject to changes and should be interpreted within the context of the social environment prevailing at the Buddha’s time.

The concepts used in the sutta are like the conventional words and terms lay people use to express scientific subjects.