Home » »Unlabelled » Why Walking Away Is Sometimes the Most Compassionate Choice

Why Walking Away Is Sometimes the Most Compassionate Choice

“Compassion is not a relationship between the healer and the wounded. It’s a relationship between equals.” ~Pema Chodron
In May 2012, I was appointed guardian and conservator of my father, and my brother was appointed co-guardian. Our father was declared mentally incompetent by the county court.
My father was, and is, an alcoholic. When I was growing up, he was an abusive alcoholic. He gave out wounds like gifts. He used words to cut us open, and then he threatened us with salt.
I lived in hypervigilance, and I learned that being alone, quiet, and invisible was the safest state of being. I was like a bottle—filled up with the wounds my father gave me as his bottles emptied. 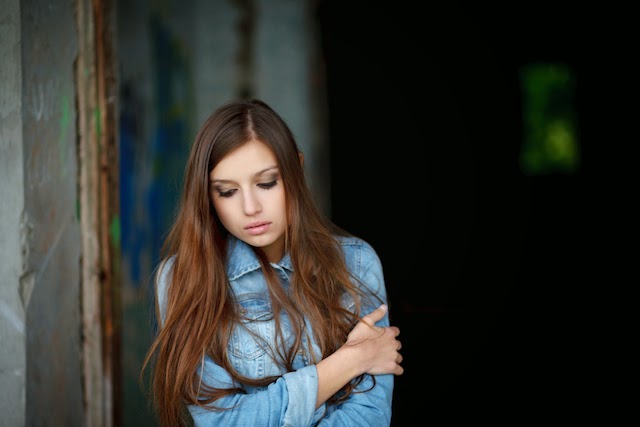 And then I spilled.
In therapy, I learned how to heal. I learned how to give myself gifts that were actually gifts, how to love, how to grow, and how to move on.
Then, my father deteriorated. He was over sixty-five, and had been an alcoholic most of his life. He threatened to kill me, my brother, and my boyfriend.
He was having flashbacks from Vietnam. He was being abused by strangers who gave him alcohol and drugs and took his money.
He was hospitalized several times. He threatened to shoot himself. He started answering his door with a loaded gun. He left half-eaten roast beef sandwiches on my brother’s doorstep.
We exhausted our avenues before petitioning the court to declare him incompetent. Deciding to petition to become the legal guardian of a man who mistreated me, in order to protect him, was the hardest decision I’ve ever made.
I was trying to practice compassion, to treat him the opposite of how he treated me. I felt sorry for him.
He was an unhappy man, and instead of going to therapy, or AA, or changing, he drank. He threw his unhappiness at others. He built walls and imprisoned himself behind them. And he lost everything, even his mind.
It was hard not to feel sorry for a man who lost so much. In order to save what was left of his life, I went to court with my brother. Out of compassion. And out of hope that maybe something was left, and he could find, if not happiness, then peace.
If I could do this, I thought, if I could protect him and guard him from harm, then I am showing compassion.
I was wrong.
When we were in court, my aunt, my father’s sister, publicly denounced me and used my childhood abuse against me to prove that I was mentally unstable and unfit to care for my father. She lied about my relationship with my father, about my intentions to provide care, and about my student debt.
A woman who I had not seen in almost ten years, and who was never a close member of my family, proceeded to tell the court about child abuse that she never bothered to stop, in order to claim that I was irreparably damaged from it.
It was my nightmare made real.
I spent the next two years struggling to wake up. My father, whose brain was atrophied from drinking, became abusive again.
As he recovered rudimentary levels of functioning, he also lost his ability to “save face,” and in addition to abusing my brother and myself, he abused the staff at his nursing home and his fellow retirees.
He was threatened with expulsion on more than one occasion. Under the constant stress and constant abuse, I withered. I tried to stick with it, even though I felt my patience, my calm, my self-confidence, and my happiness eroding.
I wanted to try to help my father because he was my father. Because it was sad. Because he was sad. Because he was an addict. Because he made such terrible choices. Because I was trying to show compassion. But I had stopped showing compassion to myself.
When my mother was hospitalized with a brain aneurysm three weeks after having surgery for pancreatic cancer, I was petrified. I spent a month with her in the ICU while she was mostly unconscious, and at some point during that month, I began to realize that I couldn’t take care of everyone.
I watched her monitor beep and squiggle, and there was nothing that anyone, not me, not the nurses, not the neurosurgeons, could do but wait until they could operate.
As each day gathered together, I collected them into a gradual epiphany: I couldn’t take care of everyone. I most certainly couldn’t take care of anyone if I wasn’t already taking care of myself. And taking care of myself meant giving myself compassion.
When I volunteered to become my father’s guardian and conservator, I wanted to prove that I was healed enough to offer him compassion. I had wanted to stop being a person who was wounded, and who received help, and instead become a person who was healed and helping others.
But these two roles are not distinct. And sometimes they can be filled by the same person. It is possible to be both wounded, and healing, and healer, and giver, and receiver, all at the same time.
Compassion at the detriment to oneself is not compassionate. Compassion needs to begin with yourself. Compassion doesn’t prove anything, or judge anyone, or lift anyone.
Compassion is loving kindness, a recognition that we are all the same, that we are beings trying to be, however we are. And that includes yourself.
I decided to be compassionate to myself, and I quit being my father’s guardian and conservator. My brother quit as well. My father now has a professional guardian tending to his needs, providing for his well-being, and handling his assets. And now I can tend to my own needs, and well-being, and assets.
Sometimes, despite our best intentions, our compassion toward others falls flat. In an unhealthy relationship, we may need to walk away and extend our kindheartedness, our helping, and most importantly, our compassion, to ourselves.
Woman hugging herself image via Shutterstock
source   tinybuddha.com