Home » »Unlabelled » 5 Difficult Truths that will Shock You into Awareness

5 Difficult Truths that will Shock You into Awareness 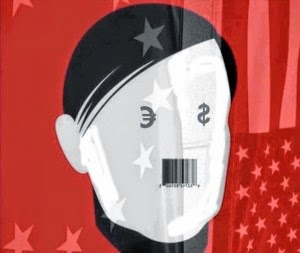 “The old appeals to racial, sexual, and religious chauvinism and to rabid nationalist fervor are beginning not to work. A new consciousness is developing which sees the earth as a single organism and recognizes that an organism at war with itself is doomed.” –Carl Sagan
The Powers-that-be do not want a wide-awake citizenry. They want us ignorant. They want us controlled. They want us distracted. They want us naïve. They want us utterly malleable. Divide and conquer is the name of their game. They want you to be a conditioned pawn on a rigged chessboard, a soft coyote in a hard desert, a fixed cog in a cruel clock. In other words, they want you stunted staggered and stupid. Here are four ways in which the men behind the curtain are arduously trying to keep you that way.
Bipartisan Politics keeps you ignorant
“Rage and politics should never have been separated. Without the first, the second is lost in discourse; without the second the first exhausts itself in howls.” –The Invisible Committee 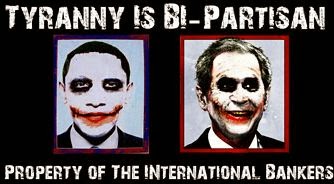 We hear it all the time: democrat this and republican that, conservative boohoo and liberal ballyhoo, right-wing whine and left-wing wail. If corporate news were a chalkboard, their political claptrap would be the nails ingloriously raking across it. The bipartisan quagmire we find ourselves in has created for itself a plethora of out-of-date and out-of-touch morons on both sides. Even the smart ones are ignorant. Oxymoron? It sure as hell is. And here’s why:
Politics keeps us ignorant exactly because it is divisive. It creates entrenched thinking, even in the face of clear evidence to the contrary. It creates close-looped dialogue riddled with cognitive dissonance: an elephant chasing its tail; a donkey chasing its tail. Round and round they go. It creates a glaring social tautology that drives us into a feeding frenzy over “whatever current fiasco the “other” side has caused” which is typically something petty and insignificant in the grand scheme of things. Meanwhile, nothing of any significance ever gets done and the powers-that-be are rubbing their hands in evil glee at the juicy prospects that the conflict-ridden political landscape yields them.
So what can we do? We can educate ourselves in civics: the art of citizenship and power (see video). It is the responsibility of people like us, people who are trying to wake up the world toward a healthier way of living, to empower ourselves and others to become more proactive citizens. If we are ever to live in a truly democratic world, we must become proactive citizens who know how to use (and how to be responsible with) our power. The more we remain willfully ignorant to civics and power, the more we are going to feel like suckers and amateurs in a giant Ponzi scheme. And we will remain suckers and amateurs if we are not courageous enough to engage the world proactively, especially Ponzi schemes. 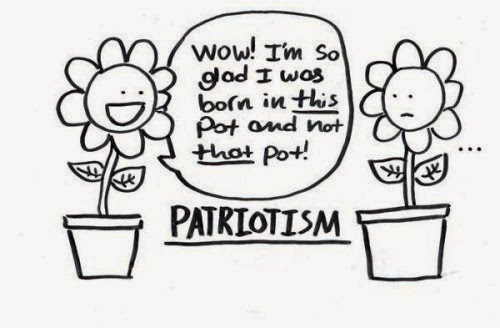 Patriotism keeps you ignorant
“Man is the only Patriot. He sets himself apart in his own country, under his own flag, and sneers at the other nations, and keeps multitudinous uniformed assassins on hand at heavy expense to grab slices of other people’s countries, and keep them from grabbing slices of his. And in the intervals between campaigns he washes the blood of his hands and works for “the universal brotherhood of man”- with his mouth.” –Mark Twain
If you’re a world traveler you hear it all the time: “my country is the best,” “no mine is,” “no mine.” And it typically comes from the mouths of people who have never immersed themselves in another country’s culture. Patriotism is nothing more than a contrived notion of association and obligation that turns our homeland into a sentimental idol to be worshiped, while demanding that the individual submit his/her liberty for the aggrandizement of the state. It transforms people into sheeple, blinded by their love of the farm.
The patriotic fool bangs his chest with unfounded pride, hooting and hollering so loud that it drowns out rationality. Xenophobia becomes rampant, destroying any chance at compassion or tolerance or even love for the dreaded “Other.” Indeed, all the love is absorbed into a ball of defensive fury over one’s homeland until the fury becomes the sound of war drums banging their death knells. Like Tony White bluntly put it, “Patriotism is selfish and irrational, hinders our judgment, divides the world, contributes to militarization, and causes war.” The patriotic fool supports war when it is popular and simply ignores it when it’s not.
Patriotism keeps us ignorant by confusing the heart with equal parts pride and blind faith, clouding our judgment and scrambling our brains into exploitable soup, which the powers-that-be capitalize on by using false flags that get the people’s blood going so that war goes from being a “horrible thing” to being the “greatest thing,” or the “only way.” Before you know it we are counting bodies like sheep to the rhythm of the war drum, and Orwell’s “War is peace, freedom is slavery, ignorance is strength” becomes a sad reality.
Religion keeps you ignorant
“Men never do evil so completely and cheerfully as when they do it from a religious conviction.” –Blaise Pascale
This is perhaps the most deceptive way that the powers-that-be keep people divided and subjugated. Religion makes people gullible, self-righteous, and easy to manipulate. What better crop to pick from than the crop that is trained to never question authority (God)? What better way to keep sheeple shepherded than to actually provide a symbol of the “good shepherd” at the center of sacred doctrines for the sheeple to hang their hats on, or furs, as the case may be? 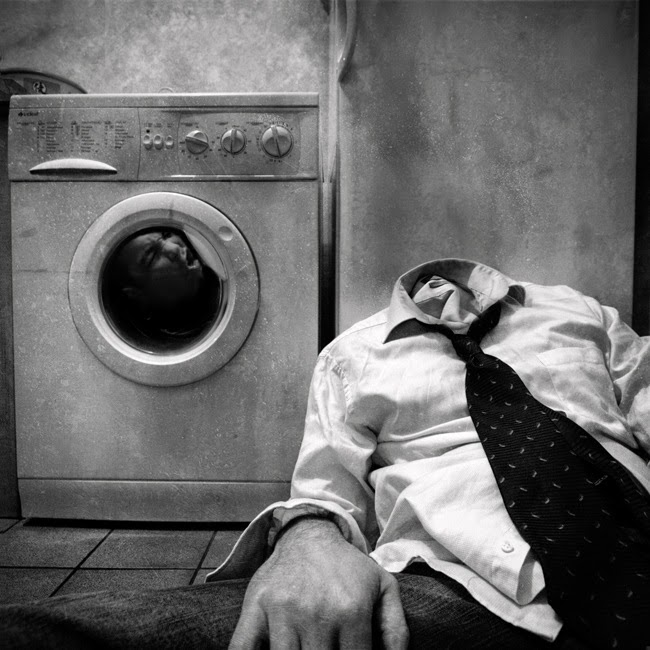 The simple fact that religion indoctrinates ignorant people automatically leaves those people open to further indoctrination by other people who know the truth about how power really works; people who will use the fact that you’ve been indoctrinated by pseudo power to further indoctrinate you with true power. Such manipulation is the height of evil, immoral on every level. But as long as pockets are getting fatter and power mongers are getting more powerful this unholy manipulation will continue.
So what can we do? We can teach people the difference between religion and spirituality, the difference between being treated like a child by a jealous and envious higher power who rules with fear and threats, and being an aspect of the cosmos who perceives itself in all its divine glory. We can teach people the difference between a disempowering creed and the power of questioning all things, the difference between open-minded circumspection and close-minded dogmatism.
And most important of all, we can teach people the difference between fear and love, by revealing to them how, as Eckhart put it, “the eye with which you see God, is the same eye with which God sees you.” Religion teaches that everything is separate and manipulated by an all-powerful authority figure; spirituality teaches that everything is interconnected and affected by the intent of an interdependent cosmos. Which one do you think the powers-that-be will use as a tool against you? You have a choice, right now, between fear and love.
Money keeps you ignorant
“There is nothing noble in being superior to your fellow man; true nobility is being superior to your former self.” – Ernest Hemingway 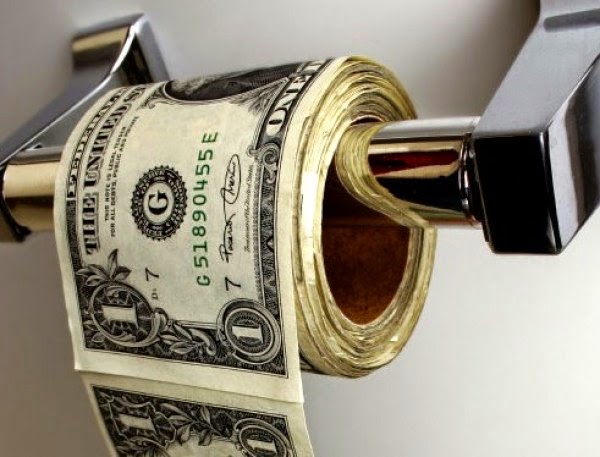 This is by far the most powerful tool in the power monger’s toolkit. What better way to keep people under control than to make them believe that everything has a cost, that nothing is free, and that everything can be transformed into a product to be peddled over: land, water, even air. And what better tool is there other than money to use to lord over people and make them feel guilty for not being a part of a system that lords over things.
Most disgusting of all, money keeps the powers-that-be in power, which makes their power absolute, which makes its corruption absolute. It’s a power they will use to mold your ignorance into a state where you are the walking talking personification of Stockholm syndrome, a fumbling laboring fool who defends and identifies with your lords and captors.
Money is a tool, and should be used as such. But we have unknowingly become tools to money, or at least tools to the few people who are hoarding all of it. The current money-system is the head of the snake used to control us. Money was never meant to be horded or amassed, it was meant to be circulated as a way of uplifting the community. Nothing should be moderated as much as money. The crux is that money is to humans as water is to fish. A human is just as unlikely to question the concept of money as a fish is to question the concept of water. But question it we must. “When all the trees have been cut down,” a Cree Proverb states, “when all the animals have been hunted, when all the waters are polluted, when all the air is unsafe to breathe, only then will you discover you cannot eat money.” Let’s hope it doesn’t come to that.
So what can we do? Douglas Adams had a suggestion, “To give real service you must add something which cannot be bought or measured with money, and that is sincerity and integrity.” We can will ourselves out of our ignorance by having the courage to give real service through sincerity and integrity. But we also need to get morally ruthless. We need to wake up and smell the oil spill. We need to stop lying to ourselves. Quit standing idly by while our brains are being soaked and conditioned in a giant tub of liquid lies by money-hungry power-hungry plutocratic entities.
So pull your head out of the comfortable noose dangling down from your puppet master’s pulpit. Cut the strings! We need to put the “eco” back into economy, the people back over profits, equality over equity, and the heart over money, or we are all screwed. And remember: the power has always been with us; money means nothing unless we allow it to mean something. Like Voltaire said, “All paper money eventually returns to its intrinsic value, zero.”