A Simple Technique to Quiet Your Mind and Be Present 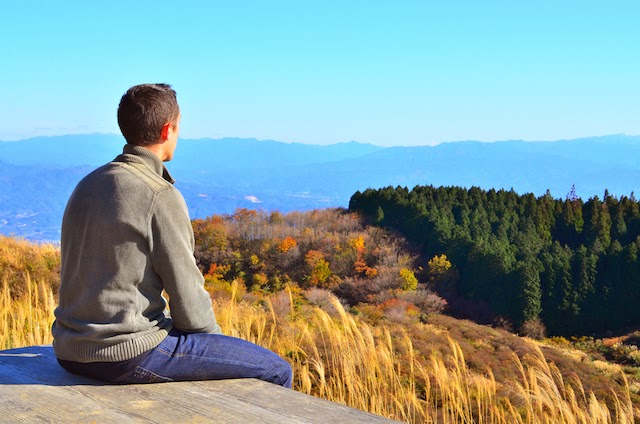 “Get out of your head and get into your heart. Think less, feel more.” ~Osho
Meditating. It’s one of those things that we all know we’d be better off doing, but most of us struggle with it immensely.
It’s difficult. It’s hard to find the time. And it often doesn’t seem like it’s working.
For many years, I’ve tried to make meditation a regular habit. But rarely can I do it consistently. It’s almost always the first thing to go when I’m crunched for time or feeling stressed.
Of course, those are the times that meditation is best!
But, for someone like me who has difficulty paying attention in general, the standard “beginner’s meditation” is often insufficient. It’s quite challenging to do nothing but focus on your breath for five minutes, let alone twenty or more.
This has only gotten more challenging since moving from a university setting to a full-time job. Now my mind is often so crammed with technical details of troubleshooting health information systems that the idea of shutting off my mind for even a few minutes feels nearly impossible.
I know I’m not alone here. Many people struggle with this, and it is a nontrivial problem. I’m not an insomniac, but on numerous occasions I’ve been completely unable to go to sleep because I simply cannot shut my mind off long enough to pass out.
Sometimes I’m concerned with what someone said to me at work that day. Sometimes it’s missing my family and friends. Sometimes I beat myself up for not going to the gym that day. And sometimes it’s just a whole mess of thoughts that I can’t quite pin down.
As such, I’ve been in the market for a meditative technique that can be done any time, anywhere, for as long or short as I’d like, and without requiring the ability for sustained attention. I believe I’ve just found this technique.
Before going into it, I would like to acknowledge the fact that having the ability to sustain your attention for extended periods is invaluable, and absolutely worth working toward. The technique I will be discussing should be used to help build this capability, not to replace it entirely.

Rather than directing your attention inward, say, toward your breath, what about directing it outward toward the world around you?
This is an approach that I first came across right here on Tiny Buddha, when Lori described “the noticing game.”
The idea is that you can expand your awareness by paying attention to the things around you, and trying to notice as much of your environment as possible. A great, common example of this would be “people watching.”
The noticing game has helped me tremendously as a meditative technique, but it does have its limitations.
For instance, I’ve found that it tends to cause a feeling of separateness—that I am in some sense isolated from whatever it is that I am observing. In addition, I have a tendency to search around more frenetically than I should, trying to notice the “coolest” thing in my environment.
Surely, this is not the intention behind the exercise, but I do feel as though it is a consequence of the simplification that comes from looking at it as a game. While the noticing game has benefited me greatly, I’ve recently been taking it to the next level with a slight modification of that approach.
A couple weeks ago, I came across a great method of expanding my awareness in a fascinating book about Kabbalah, or Jewish mysticism. You can think of it as a more generalized or holistic version of the noticing game.
The goal is to maximize the use of your sensory perception.
When we are not conscious of it, we filter out a huge quantity of sensory data that is not useful for whatever task we are trying to accomplish. This is a great evolutionary strategy, and it also gives us the opportunity to expand our awareness whenever we feel like it. Double win!
First, let your vision expand peripherally. No need to turn your head, look around, or change your body position at all. You can see (at least in my experience) about 50 percent more of your environment simply by being conscious of it. Try it out now!
Expanding your visual awareness like this makes you feel more alert and “in the moment.” In other words, it does much of what traditional meditation does, but without needing to focus on anything in particular.
But why stop at just visual perception? You can pay more attention to the sounds in your environment as well.
You need not focus on a particular sound; simply let the noises in your environment get consciously registered in your mind. Huge amounts of ambient noise gets filtered out, but you can easily remove that filter for short periods of time, thereby noticing much more of your environment.
Next, notice your body. Right now, I’m quite aware of an uncomfortable twinge in the center of my back. But until I started paying attention a moment ago, I couldn’t actually “feel” my butt in my seat, or the bottoms of my feet on the ground.
These feelings simply got filtered out, because they are bland and uninteresting from an evolutionary standpoint. But they’re actually quite interesting as I pay attention to them.
There’s really nothing new or revolutionary about this technique. In fact, one of its major advantages is the simplicity of the whole thing; there’s no need for any complicated maneuvers.
We all have much more awareness potential than we actually use in our daily lives. Instead of actively trying to notice specific things in your environment, you can let the environment come to you and soak it all up together.
Most of us, most of the time, are experiencing life on autopilot. But without a huge amount of effort, we can begin to spend more and more time in a state of calm awareness, where the trials and tribulations of the day become unimportant.
Our anxieties and concerns take on a fraction of the significance we normally attribute to them. And who wouldn’t want that?
Man relaxing image via Shutterstock
source  tinybuddha.com
Posted by Unknown at 8:36 PM