A Florida woman who claimed to be a victim of abuse yet was sentenced to 20 years behind bars for allegedly firing a warning shot during a dispute with her husband was granted a new trial Thursday.
The appellate  erased a decision by a jury that took just 12 minutes to convict Marissa Alexander, a mother of three, of aggravated assault.
The conviction of Alexander, who is black, sparked outrage and cries of a racial double standard in light of the  of George Zimmerman, a white Hispanic, for the death of Trayvon Martin, who was black. In particular, outrage aired on social media and among some lawmakers on Capitol Hill. 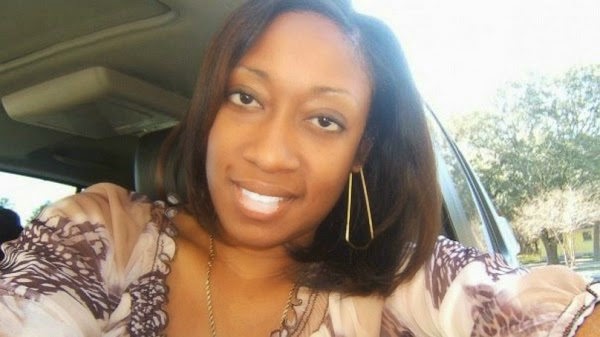 Alexander unsuccessfully tried to invoke Florida's "Stand Your Ground" law as the same prosecutors who unsuccessfully worked to put Zimmerman behind bars told the court that she did not act in self-defense.
In granting the new trial, Judge James H. Daniel also seemed unmoved by the Stand Your Ground defense.
"We reject her contention that the trial court erred in declining to grant her immunity from prosecution under Florida's Stand Your Ground law, but we remand for a new trial because the jury instructions on self-defense were erroneous," wrote Daniel.
Alexander testified that, on Aug. 1, 2010, her then-husband, Rico Gray Sr., questioned her fidelity and the paternity of her 1-week-old child.
She claimed that he broke through a bathroom door that she had locked and grabbed her by the neck. She said she tried to push past him but he shoved her into the door, sparking a struggle that felt like an "eternity."
Afterwards, she claimed that she ran to the garage and tried to leave but was unable to open the garage door, so she retrieved a gun, which she legally owned.
Once inside, she claimed, her husband saw the gun and charged at her "in a rage" saying, "Bitch, I'll kill you." She said she raised the gun and fired a warning shot into the air because it was the "lesser of two evils."
The jury rejected the self-defense claim and Alexander was sentenced under the state's 10-20-life law, sparking outrage over how self-defense laws are applied in the state.
A Florida appellate court ruled today that jury instructions, which unfairly made Alexander prove "beyond a reasonable doubt" that she was acting in self-defense, were wrong -- and that there were other incorrect instructions that self-defense only applied if the victim suffered an injury, which Gray had not.
Today, U.S. Rep. Corrine Brown, D-Fla., lashed out at Florida State Attorney Angela Corey, who oversaw the failed prosecution of George Zimmerman and the prosecution in this case, saying, "Arresting and prosecuting her when no one was hurt does not make any sense. ... What was certainly absent from the courtroom during Marissa's trial was mercy and justice. Indeed, the three-year plea deal from State Attorney Angela Corey is not mercy, and a mandatory 20-year sentence is not justice."
Corey's office argued that Alexander, who had not been living in the home for two months leading up to the shooting, provoked the incident, and that there was no proof the garage door was broken, Alexander's rationale for not leaving the altercation. Her office offered her a three-year plea deal in the case that was rejected.
Alexander testified about three other alleged incidents of physical abuse by her husband, including one that led to his arrest. Several witnesses claimed to have seen the injuries she allegedly suffered and the final defense witness in the case testified that she met the criteria for "battered person's syndrome."
In a statement, prosecutors wrote, "The defendant's conviction was reversed on a legal technicality. ... We are gratified that the court affirmed the defendant's Stand Your Ground ruling. This means the defendant will not have another Stand Your Ground hearing. The case will be back in the Circuit Court in the Fourth Judicial Circuit at the appropriate time."
Source: abcnews.go.com