Something has been killing off prairie dogs living in and around Doney Park in Flagstaff, Arizona, and health officials have now confirmed it to be the plague. According to reports, fleas collected from burrows around Doney are testing positive for the disease, which ravaged Europe for some 150 years during the 14th century, earning the name “the Black Death,” before eventually fizzling out.
ABC 15 News in Phoenix reports that residents throughout the area have already been notified by the Coconino County Public Health Services District (CCPHSD), which conducted the testing, that the plague is present. Monitoring will continue, the district says, and the situation will be continually assessed to determine whether or not further action is needed to contain the disease. 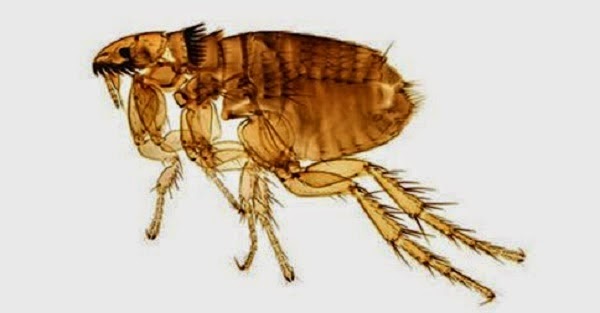 Authorities say this is the first time plague that activity has been reported in the area this year, and that the disease is known to be endemic to the area. Just how widespread it actually is, however, is largely unknown and may be vastly underestimated, revealed CCPHSD in a recent press release.
Black Death wiped out 60 percent of Europe’s population
Any mention of the word plague is likely to drum up thoughts of mass death — after all, some 60 percent of the population of Europe at the time was wiped out when the Black Death ran its course. Known officially as Yersinia pestis, the bacterium is known to have caused three major outbreaks: the Justinian Plague, the Great Plague and the Modern Plague, the latter of which, the most recent, spread throughout China, and partially into the U.S., during the 1860s.
As harrowing as these events were, experts say the public shouldn’t worry about fleas carrying the plague in Arizona. With the advent of modern antibiotics and improved hygiene, says Dave Wagner, associate director of the Center for Microbial Genetics and Genomics at Northern Arizona University (NAU), modern society need not worry.
“People should be more concerned with putting on their seat belts and driving safely than acquiring a plague infection,” he told The Arizona Republic.
Plague seems to emerge mostly in ‘Four Corners’ region of American west
Wagner and his colleague Dr. Paul Keim have been studying the evolution of infectious diseases like the plague for years, trying to better understand how they spread, where they spread and why. The duo has determined that the plague particularly fancies the Western U.S. and seems to emerge in the “Four Corners” area where Arizona, New Mexico, Utah and Colorado all meet.
“It’s not very well understood,” added Wagner to the Republic. “We think it has something to do with climate and the rodent community.”
Humans have a very low risk of contracting the plague from these creatures, he says, and thus shouldn’t worry too much. Sanitation has improved dramatically since the Middle Ages when the plague was a real threat, and humans today rarely come into direct contact with rats and other common carriers of the disease.
Fleas can bite humans, though, and they especially like household pets like cats and dogs. For this reason, it is wise to be cautious when visiting areas like Doney Park, especially if you have animals with you. Officials are warning people not to camp in the area of Doney Park until further notice.
“The incubation period from the time the flea bites you to symptoms would be one to seven days,” stated Marlene Gaither from CCPHSD to FOX 10 News. “The symptoms are sudden fever, like 104° or higher, body aches… really bad chills and so you would want to get to a doctor.
Sources:
abc15.com | azcentral.com | azdailysun.com | fox10phoenix.com | naturalnews.com
Via: naturalcuresnotmedicine.com
Posted by Unknown at 1:45 AM