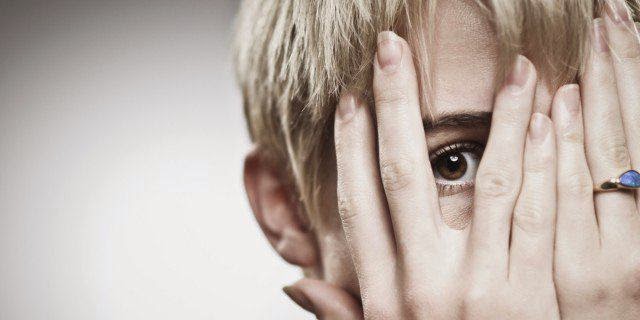 In life, we experience two kinds of fear: real fear and psychological fear. Or, as I prefer to think of the latter, ego-fear.
In the words of Immanuel Kant, the ego is “our precious little self.” Or as Eckhart Tolle calls it, “the voice in the head.” It isn’t who you really are, but the you that you think you are.
Each day, what you see in the mirror is the reflection of your physical being, and within, you may get glimpses of your unique personality in that reflection too, in between your laugh lines or furrowed brow. Still, it’s not really you.
Same thing with the roles you inhabit each day and how they are reflected back to you: as friend, lover, parent, child, worker, boss. These are different selves we pick up each day as needed, as the situation or relationship summons them.
But knowing that these roles, as well as your reflection in the mirror, are not who you actually are is an important distinction to which all enlightened, sentient beings become aware.
With this background, we can better understand our shared fears and how to overcome them.

WHAT IS REAL FEAR?

Real fear is the body’s natural response to a threat.
Let’s say, for example, you’re proceeding cautiously through a green signal at an intersection when the driver of another car suddenly disregards his red signal, and drives through without stopping. Because you drive defensively, you’re able to maintain control and avoid a collision.
To do so, however, you are required to slam on the brakes, turn the wheel, and steer your car into a nearby ditch. To compound the seriousness of the situation, the driver of the other car never stops.
In an instant, your life flashes before you. Your heart pounds rapidly.  Perhaps you even shout an obscenity or two at the driver and shake your fist at him for being so stupid and irresponsible.
What are you feeling and experiencing?
This is real fear. Our body instinctively knows how to respond in a threatening situation, thanks to thousands of years of evolutionary history. You know it as “fight or flight.”
For as long as you live, you will occasionally find yourself in circumstances that necessitate an involuntary, automatic response to a real threat. This is normal and natural.

WHAT IS PSYCHOLOGICAL FEAR?

Psychological fear is unnatural.
If we follow the example above, psychological fear is likely to appear later, when you’ve had time to reflect back on your close call. These reflections take on an added life when you share the story of the near collision with colleagues, family, and friends.
You can almost think of psychological fear as fear with an attitude.
Whenever fear ceases to be real fear and becomes psychological, it becomes ego-driven fear. As the voice in the head gets going, it’s prone to make a story out of the event, develop an attitude and opinion about it, and relive it in countless ways.
This remembrance manifests as anger, complaints, comments, and negativity. The longer the ego thinks about the incident, talks to itself about it, shapes a victim identity around it, and fashions it into a story to tell to others, the more personal the story becomes and the more anxious and offended the ego feels.

You will never overcome real fear. Nor should you. Ego-fear, however, can be overcome, if living from a place of peace and tranquility is your desire. And, who is it that does not desire peace?


Fear, like all other emotions, is basically information. It offers us knowledge and understanding—if we choose to accept it—of our psychobiological status.
And there are only five basic fears, out of which almost all of our other so-called fears are manufactured. These are:
That’s all—just those five. They can be thought of as forming a simple hierarchy, or “feararchy”:
Think about the various common labels we put on our fears. Start with the easy ones: fear of heights or falling is basically the fear of extinction (possibly accompanied by significant mutilation, but that’s sort of secondary). Fear of failure? Read it as fear of ego-death. Fear of rejection? That’s fear of separation, and probably also fear of ego-death. The terror many people have at the idea of having to speak in public is basically fear of ego-death. Fear of intimacy, or “fear of commitment,” is basically fear of losing one’s autonomy.
Some other emotions we know by various popular names are just aliases for these primary fears. If you track them down to their most basic levels, the basic fears show through. Jealousy, for example, is an expression of the fear of separation, or devaluation: “She’ll value him more than she values me.” At its extreme, it can express the fear of ego-death: “I’ll be a worthless person.” Envy works the same way.
Shame and guilt express the fear of—or the actual condition of—separation and even ego-death. The same is true for embarrassment and humiliation.
Fear is often the base emotion on which anger floats. Oppressed people rage against their oppressors because they fear—or actually experience—loss of autonomy and even ego-death. The destruction of a culture or a religion by an invading occupier may be experienced as a kind of collective ego-death. Those who make us fearful will also make us angry.
Religious bigotry and intolerance may express the fear of ego-death on a cosmic level, and can even extend to existential anxiety: “If my god isn’t the right god, or the best god, then I’ll be stuck without a god. Without god on my side, I’ll be at the mercy of the impersonal forces of the environment. My ticket could be canceled at any moment, without a reason.”
Some of our fears, of course, have basic survival value. Others, however, are learned reflexes that can be weakened or re-learned.
That strange idea of “fearing our fears” becomes less strange when we realize that many of our avoidance reactions—turning down an invitation to a party if we tend to be uncomfortable in groups; putting off a doctor’s appointment; or not asking for a raise—are instant reflexes that are reactions to the memories of fear. They happen so quickly that we don’t actually experience the full effect of the fear. We experience a “micro-fear”—a reaction that’s a kind of shorthand code for the real fear. This reflex reaction has the same effect of causing us to evade and avoid as the real fear. This is why it’s fairly accurate to say that many of our so-called fear reactions are actually the fears of fears.
When we let go of our notion of fear as the welling up of evil forces within us—the Freudian motif—and begin to see fear and its companion emotions as basically information, we can think about them consciously. And the more clearly and calmly we can articulate the origins of the fear, the less our fears will frighten us and control us.
Sources
http://tinybuddha.com/blog/our-shared-fears-5-ways-to-overcome-them/
http://onerungatatime.com/2014/09/26/5-fears-we-all-share/
http://www.psychologytoday.com/blog/brainsnacks/201203/the-only-5-fears-we-all-share
Featured Image