Home » »Unlabelled » These 75 Iconic Photos Will Define The 21st Century So Far. Everyone Needs To See This.

These 75 Iconic Photos Will Define The 21st Century So Far. Everyone Needs To See This. 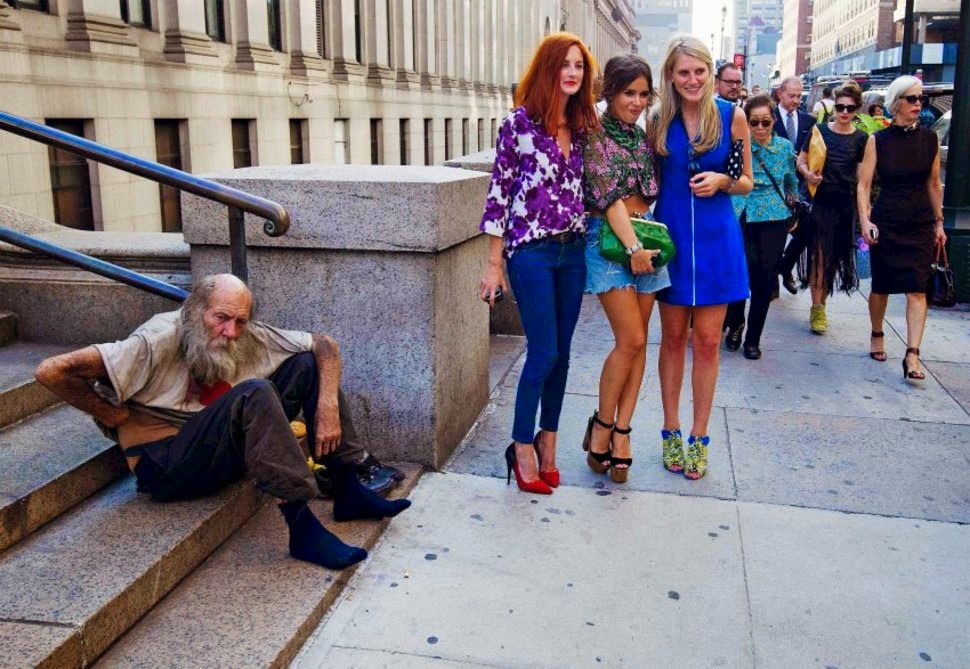 Welcome to Distractify.
This is how future generations will remember us as people of the early 21st century. Take a moment with me to reflect on the conflicts, triumphs, and world changing moments all of us have witnessed together in the past 14 years. We chose this list of 100 photos to capture the most iconic moments so far.

The world welcomes in the new millennium. [2000]

Zanjeer the bomb dog is laid to rest with full military honours for saving thousands of lives. [2000]

President Bush's reaction to news of a second plane striking the Twin Towers. He was reading to children at a Florida elementary school. [2001]

Archaeologists discover some of the oldest artworks known to man in Dordogne, France - over 12,000 years old. [2001]

A young Afghan woman shows her face in public for the first time after 5 years of Taliban Sharia law. [2001]

People gather water from a huge well in the village of Natwarghad in the western Indian state of Gujarat. More than 1 billion people still lack access to clean drinking water. [2003]

Ballerinas practice with medical masks during the SARS outbreak. [2003]

A month and a half after the invasion began, U.S. Marine Kirk Dalrymple watches as a statue of Iraq's President Saddam Hussein falls in central Baghdad. [2003]

U.S. Navy Hospital Corpsman HM1 Richard Barnett, assigned to the 1st Marine Division, holds a child after she was separated from her family during a firefight [2003]

The Columbia Space Shuttle breaks apart during re entry [2003]

A Ukrainian woman places carnations into shields of anti-riot policemen standing outside the presidential office in Kiev. Ukraine, during the 2004 Orange Revolution. [2004]

Mark Zuckerberg and Dustin Moscovitz in 2004, after they had just lauched FaceBook.

A Russian police officer carries a released baby from the school seized by heavily armed masked men and women in the town of Beslan. [2004]

A heart-wrenching picture of a mother and child at an an emergency feeding centre in in Tahoua, Niger. [2005]

Kevin Berthia is talked out of jumping off the Golden Gate Bridge by police officers. He has since become an advocate for suicide prevention and has started a family. [2005]

Tanisha Blevin, 5, holds the hand of fellow Hurricane Katrina victim Nita LaGarde, 105, as they are evacuated from the convention center in New Orleans. [2005]

The Cassini spacecraft takes a picture of Saturn from deep space. The tiny speck of light circled in red is Earth. [2006]

The Tribute in Lights shines on the skyline of lower Manhattan in New York. [2006]

Terri Gurrola is reunited with her daughter after serving in Iraq for 7 months. [2007]

Thousands gather to mourn after the Virginia Tech shooting [2007]

An indigenous woman holds her child while trying to resist the advance of Amazonas state policemen in Manaus who have been sent to evict natives. [2008]

Wall Street on the midst of the Global Financial Crisis [2008]

Hhaing The Yu, 29, holds his face in his hand as rain falls on the decimated remains of his home after a cyclone stroke Myanmar’s capital of Yangon. [2008]

Four of the last seven Northern White Rhinos in the world are airlifted from a zoo in the Czech Republic to a park in Africa in an attempt to save their entire species. [2009]

US Airways Flight 1549 floats on the Hudson river after crash landing, miraculously, everyone survived [2009]

Vladimir Putin shirtless while vacationing and hunting in Siberia. The now Russian President is a judo black belt. [2009]

A fireman rescues a koala during Australian bushfires. [2009]

Kiki, age 7, is pulled from the ruins left by the Haiti earthquake and into the arms of his mother. [2010]

Elite runner Jaqueline Kiplimo helps a disabled Chinese athlete drink during the 2010 Zheng-Kai marathon. She stayed with him for several miles, costing her the 1st place finish and the $10000 prize. [2010]

Smoke billows from a controlled burn of spilled oil off the Louisiana coast in the Gulf of Mexico coast line. [2010]

Phyllis Siegel, 76, and Connie Kopelov, 84, are finally able to get married in New York. In the past decade, 17 US States, alongside 15 countries have legalized gay marriage. [2011]

A couple kisses on the pavement during the Vancouver Riot [2011]

An Egyptian woman kisses a policeman, who had refused to fire on protestors, during the revolution against the Mubarak Government [2011]

Barack Obama and Government staff watch as commandos conduct a raid, which ends with the killing of Osama bin Laden [2011]

New York firefighters, many of whom lost friends in the 9/11 attacks, learn of Osama bin Laden's death [2011]

A 4-month-old baby girl is rescued from the rubble four days after the Japanese tsunami. [2011]

Three young women from the New York Fashion Week pose next to a homeless man. [2012]

A mother comforts her daughter after the Sandy Hook shootings [2012]

Greg Cook hugs his dog Coco after finding her inside his destroyed home in Alabama following the Tornado. [2012]

Dzhokar Tsarnaev, one of the brothers behind the Boston Marathon bombing, on the boat where he was eventually caught, with sniper lasers on his forehead. [2013]

The anti-government Syrian town of Kafr Anbel sends a message to Boston after the marathon bombing. [2013]

Boston replied with their own message. [2013]

A child runs to safety as armed police hunt gunmen who went on a shooting spree at Westgate shopping centre in Nairobi. [2013]

San Francisco comes together to help batkid save the city - and to grant the wish of an ill child. [2013]

Pope Francis embraces Vinicio Riva, a man scarred by a genetic disease. This was one of many progressive acts that the new leader of the Church made. [2013]

A woman is peper-sprayed at Turkey's Gezi Park protest. [2013]

Lesleigh Coyer, 25, of Saginaw, Michigan, lies down in front of the grave of her brother, Ryan, who served with the U.S. Army in both Iraq and Afghanistan [2013]

Kiev's Independence Square before and after the revolution [2014]

Afghan women turn out to vote in the first democratic transfer of power the country has ever seen. [2014]

Markiyan Matsekh plays piano for police during the Ukranian revoloution. [2014]

Share
twitter
Source: Markiyan Matsekh
It's hard to believe we still have 86 years of history left to write. As I created this list, I was reminded that regardless of our differences in ideology, we're all people of the 21st century together. When students in the future look back, they will see us as one unified generation who overcame incredible obstacles and made swift social progress, despite little certainty of what lies ahead.
I hope you enjoyed, and please share these powerful photos with others.
source    news.distractify.com
Posted by Unknown at 10:41 PM