Home » »Unlabelled » Was Buddha an Incarnation of God?

Was Buddha an Incarnation of God?

Never had the Buddha claimed that He was the son or a messenger of God.
The Buddha was a unique human being who was self-Enlightened. He had no one whom He could regard as His teacher. Through His own efforts, He practised to perfection the ten supreme qualities of generosity, discipline, renunciation, wisdom, energy, endurance, truthfulness, determination, goodwill and equanimity.
Through His mental purification, He opened the doors to all knowledge. He knew all things to be known, cultivated all things to be cultivated, and destroyed all things to be destroyed. Indeed, no other religious teacher was comparable to Him in terms of cultivation and attainment. 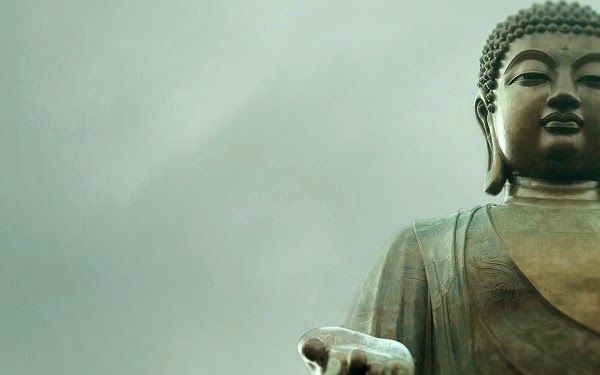 So special was He and so electrifying His message, that many people asked Him ‘What(not so much as Who) He was’.
Questions on ‘Who He was’ would be with respect to His name, origin, ancestry, etc., while ‘What He was’ referred to the order of beings to which He belonged. So ‘godly and inspiring was He that even during His time,
there were numerous attempts of others to turn Him into a god or a reincarnation of god. Never did He agree to be regarded as such. In the Anguttara Nikaya, He said: ‘I am not indeed a deva, nor a gandharva, nor a yaksa, nor a manusya. Know ye that I am the Buddha.’ After Enlightenment, the Buddha could no longer be classified even as a ‘manusya’ or an ordinary human being. He belonged to the Buddha Wangsa, special race or species of enlightened beings, all of whom are Buddhas.
Buddhas appear in this world from time to time. But some people have the mistaken idea that it is the same Buddha who is reincarnated or appears in the world over and over again. Actually, they are not the same person, otherwise there is no scope for others to attain Buddhahood. Buddhists believe that anyone can become a Buddha if he develops his qualities to perfection and is able to remove his ignorance completely through his own efforts. After Enlightenment, all Buddhas are similar in their attainment and experience of Nibbana.
In India, the followers of many orthodox religious groups tried to condemn the Buddha because of His liberal teaching which revolutionized the Indian society. Many regarded Him as an enemy when increasing numbers of intellectuals as well as people from all ranks of society took up the religion. When they failed in their attempt to destroy Him, they adopted the reverse strategy of introducing Him as a reincarnation of one of their gods. This way they could absorb Buddhism into their religion. To a certain extent, this strategy worked in India since it had, through the centuries, contributed to the decay and the subsequent uprooting of Buddhism from the land of its origin.
Even today there are certain religionists who try to absorb the Buddha into their beliefs as a way of gaining converts among Buddhists. Their basis for doing so is by claiming that the Buddha Himself had predicted that another Buddha would appear in this world, and that the latest Buddha will become even more popular. One group named a religious teacher who lived 600 years after Gautama the Buddha as the latest Buddha. Another group said that the next Buddha had already arrived in Japan in the 13th century. Yet another group believed that their founder came from the lineage of great teachers(like Gautama and Jesus) and that founder was the latest Buddha. These groups advised Buddhists to give up their old Buddha and follow the so-called new Buddha. While it is good to see them giving the Buddha the same status as their own religious teachers, we feel that these attempts to absorb Buddhists into another faith by misrepresenting the truth are in extreme bad taste.
Those who claim that the new Buddha had already arrived are obviously misrepresenting what the Buddha had said. Although the Buddha predicted the coming of the next Buddha, He mentioned some conditions which had to be met before this can be possible. It is the nature of Buddhahood that the next Buddha will not appear as the dispensation of the current Buddha still exits. He will appear only when the Four Noble Truths and the Eightfold Path have been completely forgotten. The people living then must be properly guided in order to understand the same Truth taught by the previous Buddhas. We are still living within the dispensation of Gautama the Buddha. Although the moral conduct of the people has, with very few exceptions, deteriorated, the future Buddha would only appear at some incalculable period when the Path to Nibbana is completely lost to mankind and when people are ready to receive Him.

via www.themirrorpost.com
Posted by Unknown at 12:47 AM