Home » »Unlabelled » Happiness to all Beings

Happiness to all Beings

Rechard Gere, an Oscar-winning star, and best known for his performance in Pretty Woman, Runaway bride, and an Officer and a Gentleman, is today considered a serious Buddhist practitioner.
Together with many other well-known Hollywood celebrities such as Harrison Ford, Goldie Hawn, and Kennu Reeves, Gere has been in the forefront to promote Tibetan Buddhism and culture to the West.
The following is a short extract of an interview he gave to Rajiv Mehrotra for Indian national television channel Doordarshan: 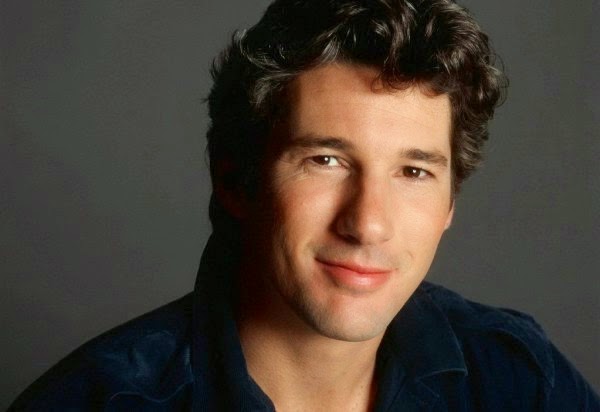 YOU COME TO INDIA QUITE OFTEN. WHAT BRINGS YOU HERE?
Well, his holiness the Dalai Lama, obviously. I have been his student since 1982-83. Sometimes I come to Dharasala (headquarters of the Tebetan government-in-exile in northern India) twice or thrice a year.
IN WHAT WAY HAS HIS HOLINESS TRANSFORMED YOU?
Most of my teachers are from the Gelupa school of Tibetan Buddhism. There is a lot of work on the mind and intellecture play and exploration of reality itself, using language and pure logic, along with various techniques of meditation. It’s a gradual process as the mind is familiarized with another way of seeing things and hopefully, the correct way.
So it is a process that takes several lifetimes, but if within a lifetime one can see gradual change………
You mentioned the Dalai Lama is a remarkable human being. You’ve spent a lot of time with him as a student. What is the role, the contribution, you believe the Dalai Lama is making?
He’s the most simple man and also the most complex man I’ve ever met. He’s an artist and he’s a farmer. He— like my great mind and heart— is able to engage each of us on a level where we exist. He has been giving me teachings on Shantideva, who was a great nith century Indian monk at Nalanda University, one of the greatest Universities of ancient times, that saw a great flowering of Indian culture.
YOU MENTIONED THIS ASPECT OF BEING AN ACTOR AS BEING A JOB. WHAT SATISFACTION DOES DOING A JOB AS AN ACTOR BRING TO YOU?
Well, the first thing is the fact that I am able to live many lives at once. There are a lot of growth possibilities depending on what level I give myself to it.a
RECHARD GERE, THE SUCCESSFUL ACTOR. IF THIS WAS TO TURN OUT, WHAT ELSE MIGHT YOU BE? WHAT ELSE MIGHT YOU DO?
I could practice a lot of more for one thing. Music has been a very strong part of my life, a lot of my acting has to do with music, playing instruments. There is also a musical sense to the way I work.
IF I WERE A WISH FULFILLING GENIE, AND I GAVE YOU THREE WISHES, WHAT WOULD THEY BE?
Happiness to all beings. Number One. happiness to all beings. Number two. And Number three– happiness in the causes of happiness to all beings. No question about that.
LIFE POSITIVE, APRIL 1996This Article was taken by Book of “How to Develop Happiness in Daily Living”