Stop Holding Yourself Back and Start Proving What You Can Do 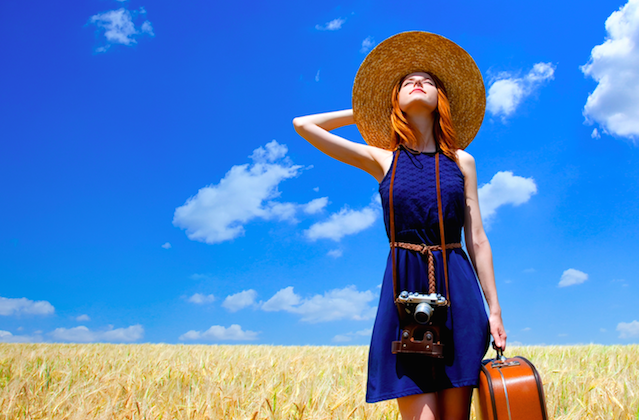 “The worst enemy to creativity is self-doubt.” ~Sylvia Plath
Singing professionally has always been something I have wanted to do. Always. The home I grew up in wasn’t a particularly musical household, unless you count playing the radio as playing an instrument.
To my benefit, there was a lot of music in our home ranging from gospel to the Beach Boys; but really nothing beyond the sixties was allowed unless it was a spiritual song of some kind. So, I sang in the church choir and later I helped lead the music for Sunday morning services. Anything to sing.
As a kid, I loved to make up songs. It wasn’t songwriting in my mind; it was playing with words. For example, changing the lyrics to “The Lion Sleeps Tonight” for a friend moving away or playing with a melody because I loved it.
The problem was there was no one around to tell me it was any good or anyone who knew enough about music to encourage a budding talent. As a kid, I thought this meant I wasn’t good enough.
The logic that reigned was if I had something worth praising, someone would tell me. When no one did, I took my talents, dreams, and hopes underground.
Hiding became my normal because I loved music, and since I assumed I wasn’t any good, why put it out there for anyone to criticize? I was too sensitive for such judgment.
When given the opportunity in the fifth grade, I began to play in the orchestra. I played the violin, or was it the viola? I can’t recall. All I can remember is the hideous screeches of “Hot Cross Buns.”
As soon as band was an option, I switched to the flute and fell in love with music in a whole new way. Still, I believed I was no good. The question that seemed to always ring out was, “Do I have what it takes?” When no one responded, I assumed the answer was, “No!”
It’s silly looking back because I never really asked the question, attributing people’s lack of interest or encouragement as rejection and an affirmation of my inability.
Everything was confirmation of my lack of talent.
Like my mother’s warning about the reality of the music industry. Her explanation that it was a tough business meant in my head “You aren’t very good.”
The high school talent coordinator telling me I was better on the flute and should be doing that instead of singing equaled “You aren’t a great singer.”
The flat out discouragement of a church music director saying I was “pitchy” (which I now know was only a matter of bad technique) made me think “I guess I will sing back up forever.”
When I auditioned for American Idol and heard, “You’re good but not what we are looking for,” that was the nail in the coffin.
Why even try? Everyone had told me I wasn’t good enough. Inside I was asking the question “Can I?” and the response was “No!” It took me a long time to realize it wasn’t the world, my music teacher, or even my mother’s job to answer the question “Can I?” It was my job.
One day I decided I wasn’t going to take no for an answer. This thing called music screamed inside to be let out. Finally, I decided songwriting and singing had been gifted to me for a purpose, and I was going to see what that purpose was. Insecurity would no longer be my prison.
It hasn’t been an easy road but the question has changed. Now I ask myself “Why wouldn’t I?” Could it be fear? That is a terrible reason to quit anything. Rejection? I will face that no matter what I do. Failure? I guarantee failure by not trying.
Just changing the question made a world of difference. Not relying on others to answer a question only I was responsible for made me feel empowered.
I still battle insecurity and I still ask myself the wrong questions but more and more I ask myself the right one. Why wouldn’t I? Try it and see what happens in your life.
I surprised myself. You might surprise yourself too. Surround yourself with people who believe in you and will be your cheerleaders. Don’t take no for an answer, even if the person saying “No!” is you.
Woman with suitcase image via Shutterstock
source   tinybuddha.com
Posted by Unknown at 4:03 AM