Home » »Unlabelled » The Problem with Sex in Buddhism

The Problem with Sex in Buddhism

From a talk given at a High School in Los Angeles.

It seems these days in Los Angeles, it’s OK to do or be anything you want sexually… And if you’re lucky enough to find your true sexual identity, you will be happy and fulfilled the rest of your life.
Well, in this world of *Samsara it just doesn’t work that way.
The Buddha more than anything else was a man, who went from childhood to manhood, got married, and at the age of 29 had his first child. He went through all the stages men go through sexually, but at the age of 35 ended his sexual desire forever in *Nirvana. 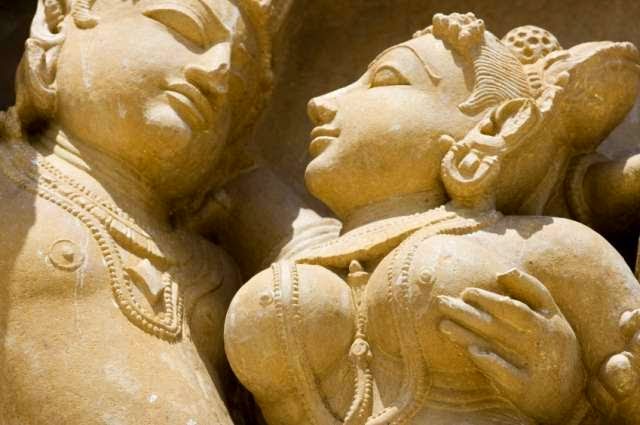 The big question today is… Does the desire for sex always lead to suffering? The answer is, Yes! But the reason may surprise you.
The Buddha in everything he said about sex implies… The activity of sex will never ultimately satisfy the desire for sex.
Now this is a real bummer if you think about it. You can have sex a 1000 times, and want it a 1001. You can be 90 years old… Blind and cripple… Still want to have sex, and not be physically able to. You will never get rid of your sexual desire by having sex. In fact, it seems the more sex you have, the more sex you want.
I think sex is a lot like hunger… And to be honest with you, I’m so tired of being hungry. I have been hungry every day of my life. I’m hungry in the morning, in the afternoon, in the evening. Think of all the time and money I could save if I gave up eating!
So what if tomorrow, I get up real early and eat as much as I desire, and anything I want. Whatever looks good, I’m going to eat it and keep eating it, until I am so full and satisfied, I will never want to eat again.
Well, if I were to do that what would happen? I would wake up the next morning and still be hungry and sex works the very same way!
You might be saying to yourself, “Well Kusala is a monk, and monks don’t have sex, so maybe if I choose celibacy I won’t have to suffer.”
I wish life were so easy!
The people who choose a celibate lifestyle (‘desire’ not to have) suffer in a different way from people that choose to have sex (‘desire’ to have). But all people (monks too) suffer when it comes to sex, if they have desire.
The only way to have sex and not suffer, is to have no desire to have sex. It sounds like a ‘Zen Koan’ doesn’t it? To end our suffering we need to end our desire, our craving, our thirst.
When a Buddhist does end his/her desire in Nirvana, would there be any reason to have sex simply for pleasure???
The problem with sex according to Buddhism… Is not the activity of sex, but the desire for sex. The sexual desire of a human being will never be ultimately satisfied through sexual activity.
* Samsára: ’round of rebirth’, lit. perpetual wandering’, is a name by which is designated the stages of life ever restlessly heaving up and down, the symbol of this continuous process of ever again and again being born, growing old, suffering and dying.
* Nibbána, (Sanskrit Nirvána): lit. ‘extinction’ (nir + Ö va, to cease blowing, to become extinguished); according to the commentaries, ‘freedom from desire’ (nir+ vana). Nibbána constitutes the highest and ultimate goal of all Buddhist aspirations.
Source – urbandharma.org