CT Scan Reveals that Statue of Buddha is actually a Mummy 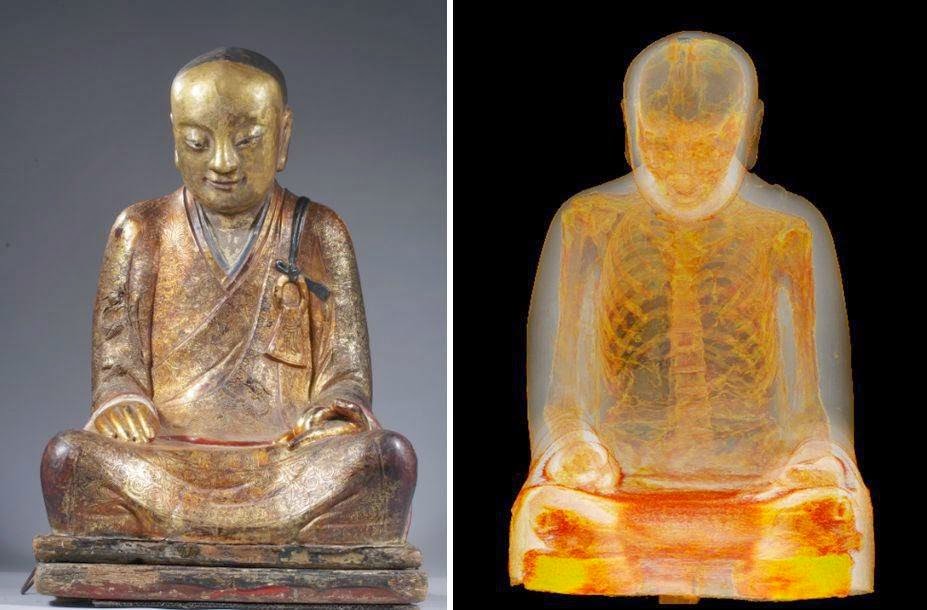 A special examination recently occurred in the Meander Medical Center. A nearly 1,000 year old mummy  a CT  and had samples taken with an endoscope. Several hospital employees helped with this unique project in their free time.
The leader of this study is the Amersfoort resident Erik Bruijn, an expert of Buddhist art and culture and guest curator at the World in Rotterdam. Gastrointestinal and liver doctor Reinoud Vermeijden and radiologist Ben Heggelman received the Chinese mummy at the hospital for internal examination on September 3rd. The mummy was part of the Mummies exhibition  this year and from the 11th or 12th century.

The mummy is the mummified body of the Buddhist  Liuquan, who belonged to the Chinese Meditation School. The discovery of the mummy is of great cultural significance. It is not only the only one of its kind, but also the only Chinese Buddhist mummy that is available for scientific research in the West.With an endoscope made specially available by Surgical Technologies in Didam, Vermeijden took samples of a yet unidentified material and examined the thoracic and abdominal cavities. He made a spectacular discovery – among all kinds of rotten material in the space where there had one been organs, he found paper scraps that are printed with ancient Chinese characters. Heggelman took a CT scan that beautifully  how the mummy looks and took samples of bone material for DNA testing.
The research will be published in the monograph that on Master Liuquan. The mummy has since been taken to Hungary where it will be on display at the National Museum of Natural History in Budapest until May 2015.
source   earthweareone.com
Posted by Unknown at 6:32 AM