Home » »Unlabelled » I Got 22 Problems And They’re All Absurd: This Is Your Life At Age 22

I Got 22 Problems And They’re All Absurd: This Is Your Life At Age 22 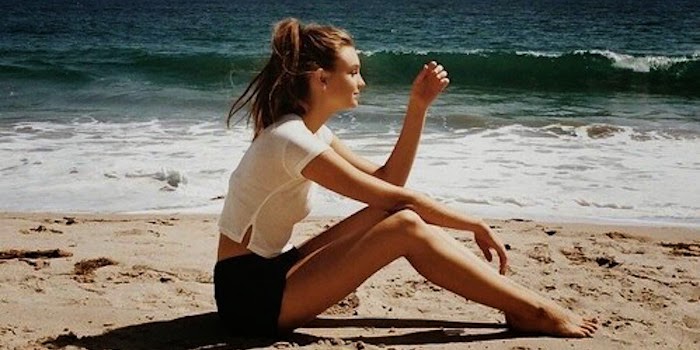 The second I turned 21, major excitement came with the privilege of using my own ID. Goodbye, fake identity.
I had survived the past four years under an alias without ever getting into any legal trouble.
But, now, no more memorizing addresses that aren’t mine and no more debating whether or not the bouncer could be swayed by a little flirting, just in case he wasn’t convinced I was, indeed, who I claimed to be.
My 21st was one hell of a shindig — from what I remember, at least. But, my 22nd birthday felt a bit different.
At the stroke of midnight, I found myself on the patio of a ritzy lounge overlooking the intercostal with my mother. It was one of those “pinky out” kinds of places.
And, it certainly was nowhere near comparable to last year’s downright sh*tshow of a celebration. Maybe it was just the environment.
Or maybe, it was the fact I was holding a delicate wine glass rather than clutching a plastic beer funnel. But, I felt a sudden sense of maturity and growth.
Now, I know it sounds silly to claim my mature evolution overnight, but I won’t deny the sudden shift in I feel in mentality.
I felt like my past year of 21 was a vacation, a year I didn’t take too seriously. A span of 365 days, where it was borderline socially acceptable for me not to have my sh*t together.
Well, now I’m 22. It’s not too big of a time gap, I’m aware.
I understand I‘m still considered a kid to some, but turning 22 felt like a promotion from a young lady to a woman. I’m starting to make little changes that make life significantly easier. I’m realizing things I never knew before despite them being painfully obvious.
But, I’ve also found myself formulating some dramatic scenarios and “what if” concerns that are just complete bogus.
I guess a few seem legitimate, while others are outrageous, and I’m sure my therapist would show concern if she really knew half the sh*t over which I stress. I had never even considered these to be issues or dilemmas prior to turning 22.
Is this what Taylor was talking about? “I’m feeling 22?” Is this how 22 feels? I need answers, Taylor, because I don’t think I’m alone when it comes to the question of whether or not it’s frowned upon as a 22-year-old female to still watch “SpongeBob” in fuzzy pink socks while eating Fruit by the Foot.
Plus, all the other questions and concerns:

1. Do I need to start making legit grocery lists?

And by that, I mean one that doesn’t include ramen, Pop Tarts, a handle of whiskey and three pounds of white cheddar cheese sticks?
Maybe I’ll keep the cheese sticks. You can’t NOT be happy while holding a cheese stick, right?

2. How can I prevent fire hazards if I don’t even know what they are?

Fun fact: It’s a fire safety hazard to turn your toaster on its side to drunkenly heat up pizza.
I’ve also learned that it’s generally a good idea to stand in the kitchen when heating soup on the stove instead of ordering in. How have I made it to 22?

Why did it take me this long to realize that spending the extra $75 for free shipping is not actually worth the original $5 I would pay for my $25 dollar online item?
My bank account is experiencing one of the worst droughts the southeast has ever seen.

I still don’t know how to work my thermostat, and I literally just figured out what cc: and bcc: stand for on emails.
Is this common knowledge that I tuned out at some point or am I a bit behind?

5. Were all those tattoos a bad idea?

Are my tattoos going to knock me out of the “marriage material” bracket? Do I come across as intimidating? I promise I can be professional, friendly and quaint.
Sure, I swear a lot, but I like to think of it more along the lines of acolorful vocabulary.

Do I come off as a responsible and caring individual? Multiple people have told me that I’m crazy. Will that title stick forever? My shenanigans have certainly decreased.
I don’t sleep till noon and makeup is no longer smeared across my face and bed sheets from the night before. Impressive, I know.

Did you know that student loans aren’t free money? Yeah, I knew that too, but 21-year-old me didn’t seem to care. I’ll have to pay that back eventually.
Can I extend my payback period? Will they settle for the excuse, “Well, when I was 21, I thought I was indeed Ke$ha, and threw around myborrowed money like it was an endless supply of glitter.” What in the actual f*ck was I thinking?

8. I’m SO not ready to deal with my biological clock.

If I ever become a mother, what will I name my kids and how many would I want? I know I’m not at this stage in life yet, but I can’t even commit to the idea of owning a cat. Plus my fish died after 48 hours.
Maybe by the time I’m ready to consider kids, they will have some kind of rent-a-kid service to see if you’re apt to be a parent.

Do I need to stop buying boxed wine and take on the maturity of a glass bottle? I only drink red wine, which means I have to use a straw because I don’t want to stain my teeth.
What if I’m at some fancy restaurant with a charming gentleman, and he orders us a bottle of red wine? Can I ask the waiter for a straw? Preferably a bendy straw, please.

10. Are you my future husband, Mr. Stranger?

Well, our first date went well. He asked me on a second. So naturally, I feel obligated to envision our lives together, 15 years from now. What will our kids look like? Will he provide mental, physical, emotional and financial support?
Why am I even asking these questions? He’s a total stranger I met last week. All he did was ask for my number, not my hand in marriage.
But in all honesty, I don’t think it’ll work out. I want my children to have green eyes. He has brown.

11. And another friend bites the matrimonial dust.

Another one of my friends just got engaged. That’s the seventh engagement this year. Will I get invited to the wedding? I’ll have to bring a date.
I don’t even like anyone, but I’ll be judged if I show up alone. That’s it. I’m not going.

If someone asks me what my favorite TV show is, can I still respond with “South Park?” It’s the truth. Or should I come up with like, a more mature and less crude TV series?

13. I miss when I thought blacking out was the epitome of fun.

Did I just say no to that shot? It’s like my alcohol tolerance said “peace out” and retired after 21. I used to hold my liquor really well. Or, was that just something I believed at the time?

More importantly, am I going to die from this hangover? What were my hangover remedies last year, and how the hell did I make it through the booze binges with such ease?

I feel like I need to invest in some nice professional attire for future interviews. I have this snazzy blazer, but it’s also leather, so I guess that won’t work.
If Slash or Steven Tyler were the employer, I think they’d hire me, but likely not the case.

16. Hello, my name is Hypochondriac.

This bar is so crowded and hot, there are probably so many airborne germs floating around my face that I’m currently ingesting.
Oh God, he just coughed and covered his mouth with his hand. What if he touches me as he walks by? To think that I laid across this bar last year for a body shot makes me want to vom.

17. Is autocorrect making me dumber?

My text lingo has to stop. Am I contributing to the loss of the English language?
I feel my IQ drop with each second that passes as I struggle to remember how to spell the word, “definitely.” Because it sure as hell isn’t spelled, “deff.”

My usual Friday night texts used to consist of, “Hey, want to go to *insert bar name here* and drink till we can’t feel our faces?”
Would it be weird if I ask him to go get coffee with me instead? It’s kind of the same thing, right?

I still buy Lucky Charms, only to pick out the marshmallows while the rest goes stale. Now that I’m 22, should I eat the rest of the cereal, too?
Or should I promote myself to a big girl cereal? Do frosted flakes suffice? Why do I eat so much cereal?

What will I tell my next boyfriend when he asks why I have a night light in my room? Do I admit my fear or should I continue with my current excuse of “Well, it adds ambiance?”

21. You can have my phone number but not my number.

What if a guy I’m seeing asks me what my number is? Do I tell him the truth or stick with, “I’m experienced, but I have my limits.”
Does it even matter? I sure as hell don’t want to know his. Is it terrible that I don’t know my exact number?

Am I the only person who comes up with this sh*t and creates weird, “what if” scenarios in my head? Does anyone else harbor the terrifying thought that the hell we put our parents through will come back to haunt us through our own spawn?
Or, maybe, that one-night stand could possibly be the father of said spawn someday?
I need more sleep and less coffee.
source   elitedaily.com
Posted by Unknown at 9:02 AM