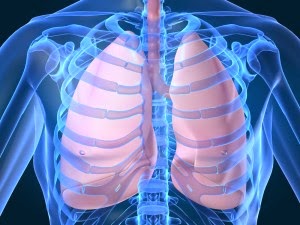 When it comes to taking herbs as a form of treatment for illness, it seems the mainstream belief is that they are not as effective and not worth taking. While effectiveness of each herb and their use has not been studied deeply to determine how effective it can be across the population, the same could be said for most pharmaceutical drugs. Much of the time, pharmaceutical drugs attempt to mimic a compound that occurs naturally in nature (herbs) but often bring the risk of side effects.
Safety is one of the most critical areas of review amongst herbs and drugs. According to stats released by the American Association of Poison Control Centers, no deaths have been reported due to the use and consumption of herbs.[4] However, pharmaceutical drugs and physician prescribed medications kill approximately one million Americans each year. While it is important to note that herbal medicines can be lethal in extreme doses, it appears their safety is much greater than that of pharmaceutical drugs. [2]
Interestingly, pharmaceutical drugs are actually adding to the world-wide issue of declining health due to their side effects and encouragement of viral resistance. Antibiotics in particular are adding to the wave of increased viral strength when it comes to certain infections. [3] Herbs on the other hand can be a useful tool in fighting infections that have turned into super bugs due to the overuse of antibiotics.
It is always useful to perform as much research as possible, or as you see fit, when it comes to both pharmaceutical drugs and herbs prior to taking them. Just as we would be so skeptical about herbs, we should be just as skeptical about pharmaceutical drugs.
Contrary to popular belief, the un-popularity of herbs in western culture is due to scrutinization that comes from pharmaceutical companies and those who can benefit from the sale of pharmaceutical drugs. Herbs cannot be patented and owned, only synthetic drugs can which is why many pharma companies operate the way they do. Seek out the assistance of a naturopathic doctor, traditional Chinese medicine practitioner, herbologist or ayurveda practitioner before you use herbs. Like anything, each illness can have different root causes and it’s always important to understand them before relying on any treatment to solve the entire problem.
Below is a list of herbs that can not only boost lung and respiratory health but can also repair it.
Herb information is courtesy of John Summerly who is nutritionist, herbologist, and homeopathic practitioner.

Licorice is one of the more widely consumed herbs in the world. In Traditional Chinese Medicine it occurs in more formulas than any other single herb because it is thought to harmonize the action of all other herbs. Licorice is very soothing and softens the mucous membranes of the throat and especially the lungs and stomach and at the same time cleanses any inflamed mucous membrane that needs immune system support . It reduces the irritation in the throat and yet has an expectorant action. It is the saponins (detergent-like action) that loosen the phlegm in the respiratory tract so that the body can expel the mucus. Compounds within this root help relieve bronchial spasms and block the free radical cells that produce the inflammation and tightening of the air ways. The compounds also have antibacterial and antiviral effects to them as well which helps fight off viral and bacterial strains in the body that can cause lung infections. Glycrrhizins and flavonoids can even help prevent lung cancer cells from forming which means they can even prevent lung cancer. For people with high blood pressure this should be taken with caution.

Coltsfoot has been traditionally used by Native Americans for thousands of years to strengthen the lungs. It clears out excess mucus from the lungs and bronchial tubes. It soothes the mucus membranes in the lungs, and has been shown in research to assist with asthma, coughs, bronchitis, and other lung ailments. Coltsfoot is available in dried form for tea or as an alcohol extract known as a tincture.

The toxic breakdown of therapeutic compounds in cannabis from burning the plant are totally avoided with vaporization. Extraction and inhaling cannabinoid essential oils of the unprocessed plant affords significant mitigation of irritation to the oral cavity that comes from smoking. Cannabis is perhaps one of the most effective anti-cancer plants in the world shown in study after study to stimulate cannabinoid receptor activation in specific genes and mediate the anti-invasive effect of cannabinoids. Vaporizing cannabis allows the active ingredients to stimulate the body’s natural immune response and significantly reduces the ability of infections to spread. Vaporizing cannabis (especially with very high amounts of cannabinoids) opens up airways and sinuses, acting as a bronchodilator. It is even a proven method to treat and reverse asthma.

Osha is a herb native to the Rocky Mountain area and has historically been used by the Native Americans for respiratory support. The roots of the plant contain camphor and other compounds which make it one of the best lung-support herbs in America. One of the main benefits of osha root is that it helps increase circulation to the lungs, which makes it easier to take deep breaths. Also, when seasonal sensitivities flare up your sinuses, osha rootm, which is not an actual antihistamine, does produce a similar effect and may be help calm respiratory irritation.

Thyme is very powerful in the fight against chest congestion. It produces powerful antiseptic essential oils which are classified as naturally antibiotic and anti-fungal. Thyme is well known to zap acne more so than expensive prescription creams, gels and lotions. Thyme tea has the power to chase away and eliminate bacteria and viruses so whether your infection is based on either, it will work. Thyme has been used as a lung remedy consumed since antiquity and is used extensively today to prevent and treat respiratory tract infections and bacterial infection pneumonia.

Although oregano contains the vitamins and nutrients required by the immune system, its primary benefits are owed to its carvacrol and rosmarinic acid content. Both compounds are natural decongestants and histamine reducers that have direct, positive benefits on the respiratory tract and nasal passage airflow. Oil of oregano fights off the dangerous bacteria Staphylococcus aureus, better than the most common antibiotic treatments. Oregano has so many health benefits that a bottle of organic oregano oil should be in everyone’s medicine cabinet.

Did you know that horses given lobelia are able to breathe more deeply? Its benefits are not limited to equestrians. It has been used as “asthmador” in Appalachian folk medicine. Lobelia, by some accounts, is thought to be one of the most valuable herbal remedies in existence. Extracts of Lobelia inflata contain lobeline, which showed positive effects in the treatment of multidrug-resistant tumor cells. Lobelia contains an alkaloid known as lobeline, which thins mucus, breaks up congestion. Additionally, lobelia stimulates the adrenal glands to release epinephrine, in effect, this relaxes the airways and allows for easier breathing. Also, because lobelia helps to relax smooth muscles, it is included in many cough and cold remedies. Lobelia should be part of everyone’s respiratory support protocol!
*Use with caution as too much can cause side effects.

Elecampane has been used by Native Americans for many years to clear out excess mucus that impairs lung function. It is known as a natural antibacterial agent for the lungs, helping to lessen infection particularly for people who are prone to lung infections like bronchitis. Herbal practitioners often recommend one teaspoon of the herb per cup of boiling water, drunk three times daily for two to three weeks. Elecampane is also available in tincture format for ease.

Native to Australia, eucalyptus isn’t just for Koala bears! Aborigines, Germans, and Americans have all used the refreshing aroma of eucalyptus to promote respiratory health and soothe throat irritation. Eucalyptus is a common ingredient in cough lozenges and syrups and its effectiveness is due to a compound called cineole. Cineole has numerous benefits — it’s an expectorant, can ease a cough, fights congestion, and soothes irritated sinus passages. As an added bonus, because eucalyptus contains antioxidants, it supports the immune system during a cold or other illness.

Both the flowers and the leaves of the mullein plant are used to make an herbal extract that helps strengthen the lungs. Mullein is used by herbal practitioners to clear excess mucus from the lungs, cleanse the bronchial tubes, and reduce inflammation that is present in the respiratory tract. A tea can be made from one teaspoon of the dried herb to one cup of boiled water. Alternatively, you can take a tincture form of this herb.

As early as the 1600’s, lungwort has been used to promote lung and respiratory health and clear congestion. Pulmonaria selections come in all kinds so seek a herbologist for direction. Lungwort also contains compounds that are powerfully effective against harmful organisms that affect respiratory health.

Chaparral, a plant native to the Southwest, has been appreciated by the Native Americans for lung detoxification and respiratory support. Chaparral contains powerful antioxidants that resist irritation and NDGA which is known to fight histamine response. NDGA inhibits aerobic and anaerobic glycolysis (the energy-producing ability) of cancer cells. Chaparral is also a herb that fights harmful organisms. The benefits of chaparral are mostly available in a tincture extraction but chaparral tea may support respiratory problems by encouraging an expectorant action to clear airways of mucus. [Source]

Sage’s textured leaves give off a heady aroma, which arises from sage’s essential oils. These oils are the source of the many benefits of sage tea for lung problems and common respiratory ailments. Sage tea is a traditional treatment for sore throats and coughs. The rich aromatic properties arising from sage’s volatile oils of thujone, camphor, terpene and salvene can be put to use by inhaling sage tea’s vapors to dispel lung disorders and sinusitis. Alternatively, brew a strong pot of sage tea and place it into a bowl or a vaporizer.

Peppermint, and peppermint oil, contains menthol — a soothing ingredient known to relax the smooth muscles of the respiratory tract and promote free breathing. Dried peppermint typically contains menthol, menthone, menthyl acetate, menthofuran and cineol. Peppermint oil also contains small amounts of many additional compounds including limonene, pulegone, caryophyllene and pinene. Paired with the antihistamine effect of peppermint, menthol is a fantastic decongestant. Many people use therapeutic chest balms and other inhalants that contain menthol to help break up congestion. Additionally, peppermint is an antioxidant and fights harmful organisms.

Plantain leaf has been used for hundreds of years to ease cough and soothe irritated mucous membranes. Many of its active constituents show antibacterial and antimicrobial properties, as well as being anti-inflammatory and antitoxic. Clinical trials have found it favorable against cough, cold, and lung irritation. Plantain leaf has an added bonus in that it may help relieve a dry cough by spawning mucus production in the lungs.


source  www.collective-evolution.com
Posted by Unknown at 9:30 AM