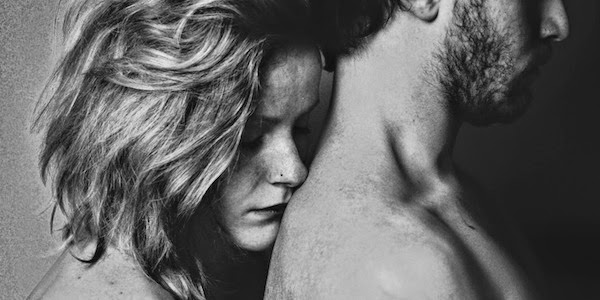 When people think of love, they’ll often think of one person. They’ll imagine hands being held, affection being displayed publicly, and dinners being served amid candle lighting and Miguel ballads played off in the background.
Even if you’ve never been in love before, you probably still have an idea of love – an impression of love – one that, at the very least, is advanced through romance films and Drizzy bars (until we all feel as forlorn as possible on Valentine’s Day).
Love is telling your boys you’ll “catch them later,” only to dip out with your one. Love is about emoji hearts being tweeted, throughout the day, for no apparent reason. Love is waking up next to the one you, well, love. Most of the times, love is about her.
Lust, on the other hand, is about falling asleep next to the one youwanted. See, lust is about you, it’s selfish like that. When I think of lust, I imagine hands sliding down, first, and then up.
I think about Ubers receipts from after 3 am that I don’t remember taking. I think of 112 playing from my iPhone speakers because sh*t got hot too quick to find some real speakers.
Unlike love, however, lust requires no “chemical state of mind,” or even a special connection with someone else, for that matter.
Lust is primal; love is romantic. People who have been both in love and lust can often distinguish between the two more clearly than those who haven’t.
Once you truly fall in love, it’s like buying your first pair of Jordan IIIs or test driving a luxury car for the first time. Afterward, you just feel different.
Once you get a taste of how love really feels, suddenly, everything short of it just seems to pale in comparison. To the romantic, there’s no mistaking love for lust, or vice versa.
Still, while impressions and concepts of love and lust might differ from one person’s mind to the next – it’s usually less apparent how these two systems can be distinguished within each mind, itself.
As alluded to earlier, there are typically behavioral differences that accompany both love and lust, respectively, but do these behavioral (and emotional) differences stem from a divergence within our neurological systems?
According to one Daily Mail reporter, yes, they do. In line with the data provided from one study, it seems as though lust and love are, in fact, responsible for activating different regions of the brain.
The reporter goes on to say that, while lust is associated with the area of the brain responsible for pleasure, love is linked with the neural region involved with providing meaning for pleasure.
Gena Kaufman expanded on these findings through a piece for Glamour magazine, highlighting one study in particular, which consisted of 20 sub-studies analyzing the different parts of the brain triggered by sex and love.
For much of the experimental data obtained in the provided research, Kaufman explains that test subjects were rigged to brain scans, before viewing “erotic photos, photos of significant others, food and other pleasure triggers.”
The majority of the data showed a shared focus on the striatum, which is located on the side of the brain.
According to the brain scan images, the striatum is central to both emotions of love and lust. With that being said, the specific regions of the striatum activated by each of these emotions varies – and so do their effects.
In keeping with Jim Pfaus, the study’s coauthor and a psychology professor at Concordia University at Montreal, while these two systems are distinct in their specific activation sites, they’re still related within the bigger brain-picture.
“We didn’t know what to expect,” Pfaus explained, regarding the experimental subject matter. “The two could have ended up being completely separate. It turns out that love and desire activate specific but related areas in the brain.”
As it turns out, it seems that lust – which is generally considered the desire for sexual pleasure – activates the part of the striatum, “that responds not just to pleasures of the flesh, but also to those of food.”
Love, on the other hand, is associated with a different part of the striatum involved with the formation and maintenance of habits.
This, in the mind of some, might provide ample evidence to rule out the idea of “love at first sight.” As told by Kaufman, with reference to the idea of love at first sight – “it’s desire, which may turn into love like a habit formed over time.”
Pfaus adding how, “love is actually a habit that is formed from sexual desire as desire” – but only when it goes rewarded. He went on to explain how love, “works the same way in the brain as when people become addicted to drugs.”
In other words, if there is no compensation – no high, so to speak, returned in exchange for the emotion invested – that desire rarely will make the leap to love. In the case of love and lust, many times this “high” can be the feeling of being loved in return, or simply being given attention.
This notion of the habituation of love is an important one, as described by Kaufman, and a positive one for the brain – in contrast to drug addiction and other debilitating habits. “The brain mechanisms associated with that process involve monogamy and activate the need to defend your lover or children.”
This is why love lasts longer than lust, it’s why love – or lost love, rather – keeps you on the couch for months or longer, after heartbreak. With lust, it’s rarely ever that permanent. Unless you work out some type of “friends with benefits,” deal, which, good luck with that.
Sometimes it’s better to take a lesson from our striatum, and keep ‘em separated.
source  elitedaily.com
Posted by Unknown at 10:07 AM