Sergei was five years old when he first realized he was different from other children. Sergei did not go to school like the other children, and his family life was so turbulent that the young boy had to search trash cans for food in order to survive. Three years later, Sergei's parents were dead and he was joined the other 7 million children who are placed into institutionalized care. 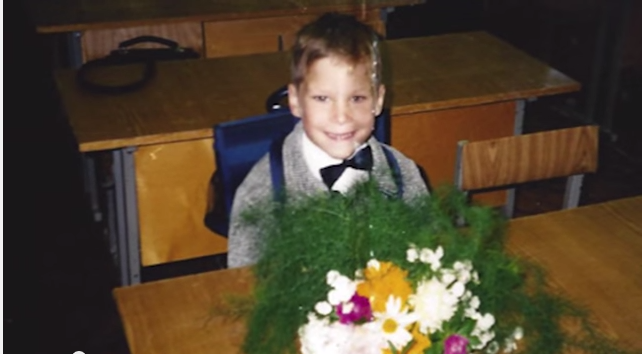 Sergei is from Eastern Europe, but his life changed after he turned 14. Sergei was selected to be sent to America in order to find a family, and after 12 months of waiting in the United States he was finally connected with one. Just months after being adopted, Sergei convinced his family to adopt another child, and in July 2012 the family added another member so that Sergei could have a brother.

A family member made the video below to help fundraise for another family who was looking to adopt a child. International adoption is an extremely costly process, and it's not uncommon for families to fundraise $10-40k in order to help cover processing and flight costs.

Since the video below was created, a few years have passed. Sergei graduated high school in the United States, and is now attending Utah State University. Furthermore, Sergei has chosen to serve as a Mormon missionary in Albania. His journey from starving on the street to attending university has been hard for him, but Sergei's goal is to spread hope to others who may be suffering.