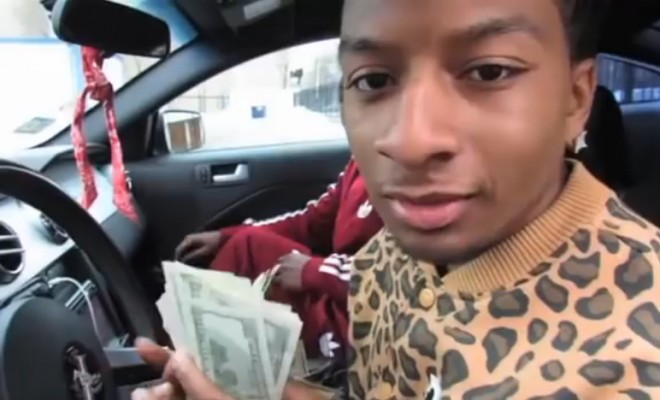 A West Side man arranged the murder of his mother, a well-known owner of a beauty salon in Uptown, to gain access to more than $90,000 from her bank accounts and the proceeds from two of her life insurance policies, authorities said today.
Qawmane Wilson, 24, of the 0-100 block of North Mayfield Avenue in the North Austin neighborhood, has been charged with murder and home invasion in the death of his mother, Yolanda Holmes, 45, in September of 2012, authorities said.
Charged with Wilson are Eugene Spencer, 22, of the 6100 block of South Rockwell Street, who prosecutors said killed Holmes, and Loriana Johnson, 23, of the 300 block of East 131st Place, who served as Spencer’s driver.
All three were ordered held without bail today by Judge Adam Bourgeois, Jr., who called the slaying a “heinous act.”
After the hearing, one relative of both Wilson and Holmes collapsed in the hall outside bond court and began crying. Another apparent family member with him declined comment.


Holmes, the owner of the Nappy Headzsalon, was killed about 4:15 a.m. Sept. 2 at her home in the 1000 block of West Montrose Avenue, authorities said. An autopsy showed she died of multiple stab wounds and a gunshot wound to her head.
Wilson was arrested Sunday after a police investigation determined he had arranged to “have his mother murdered,” police said. He was charged with murder and home invasion.
Assistant State’s Attorney Maura White said Wilson, who has his mother’s name tattooed on his right shoulder according to court records, liquidated his mother’s bank accounts, valued at over $90,000, a week after her death. He was also the beneficiary of two of her life insurance policies.
Cell phone records revealed that Wilson called Spencer and Johnson “before, during and after the murder,” White said. Both Wilson and Spencer admitted to their roles in the scheme, she said.
Spencer, arrested Monday, is charged with first degree murder, home invasion, and aggravated discharge of a firearm. He shot Holmes, according to a statement from the Chicago Police Department Office of News Affairs.
Johnson, who police said drove Spencer to and from the crime scene, was also arrested Monday and charged with murder and home invasion.
Holmes, who often used her salon in the 4100 block of North Broadway as a venue to publicize or host community events like back-to-school parties for young students, was well known in Uptown, colleagues said after the murder. She was always willing to lend a helping hand to those in need, family and friends said.
“She had a real nice personality, always trying to help people,” her uncle James Newman said.
“I just don’t see who would do something to her,” said Ayonna Anderson, one of Holmes’ stylists. “I just don’t understand.”
“She is a very good person. For that to happen to her is a blow to a lot of us,” said Joseph Adibu, owner of Broadway Super Coin Laundry, at the time. “It’s very painful.”
source  www.conspiracyclub.co