Home » »Unlabelled » Dozens want to puke when they see her in a bikini. But what a stranger does instead is incredible.

Dozens want to puke when they see her in a bikini. But what a stranger does instead is incredible.

Sara Gebert is 20 years old and lives in Pittstown, New Jersey. In 2013, she was diagnosed with a condition called chronic pseudo-bowel obstruction and gastroparesis. This very rare disorder of the digestive tract meant that the young woman has not been able eat or drink anything for 2 years. Sara vomited up to 60 times a day! She had to be put on an artificial diet and operated on to provide access points for the stomach before having a normal life. One day on vacation, the brave Sara has an extraordinary encounter with a woman and then writes an open letter on the internet to her. You have to read it for yourself. 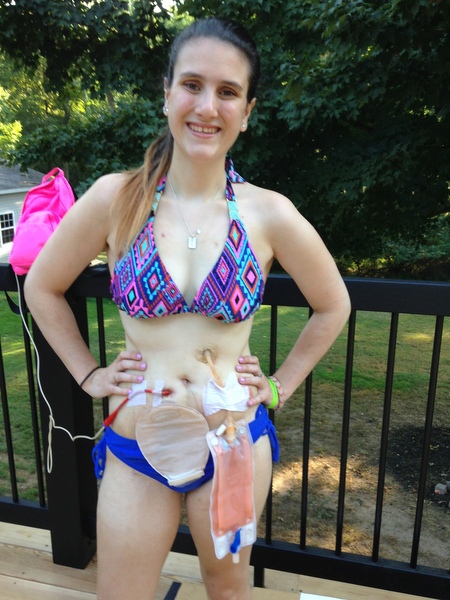 "I don’t know how hard it was for you to approach me on the beach, but I know I have a hard time talking to strangers. But you waltzed up to me with such confidence that nobody would have ever expected a confidence problem with either one of us, especially since I have to carry myself with such an aura of it. You saw me for who I really was — a scared girl who was trying so hard to not let anyone see the fear in her eyes.
I don’t know if that’s why you came up to me or not, but I want to thank you. Living with a chronic illness is no easy feat, and it gets even harder when that illness changes your outer appearance as much as mine has. With clothes on, no one can tell that I’m anything but a “typical” person, but on the beach it’s a whole different story.
Everyone is exposed on the beach, but I literally have to “let it all hang out.” I have an ileostomy, a G-tube and a J-tube, not something you see every day. I’m used to them — to me they’re normal. But to everyone else, I’m something out of a science fiction movie. But you, you saw me as a person. You didn’t stare at my equipment, you looked me in the eye. And then — you thanked me.
I’m not sure you could tell, but I was stunned. I’ve had people approach me and call me gross or ask me, “Are you really going in the pool like that?” And when you came up to me, I was preparing for the worst. But what came next still has me in awe. You thanked me for rocking my bikini, told me about how you used to have an ileostomy as well and how you no longer have a large intestine. You told me I was inspiring. That honestly meant the world to me.
When I was packing for that trip, I agonized for hours about what bathing suits to bring. I actually brought every bathing suit I owned and money to buy a new one because I didn’t think I had the right one to hide everything. That morning I made a last minute decision to just wear my bikini as if I didn’t have any extra parts on my belly. I was so nervous. Every teenage girl can have body image issues, and since getting my ostomy, mine have been multiplied by 100. We hadn’t been on the beach long when you approached me, and I was already feeling uncomfortable, thinking all eyes were on my ostomy. But after speaking with you for those few short minutes, all my worries melted away. At that moment, I realized what I look like doesn’t matter, and for the rest of vacation, my only bathing suit issue was that I had severely over packed and probably didn’t need nearly as many as I had brought!


So thank you. Thank you for restoring my faith in the good of people. Thank you for allowing me to feel comfortable in my own skin. And finally, thank you for giving me the confidence to enjoy my vacation to the fullest extent." 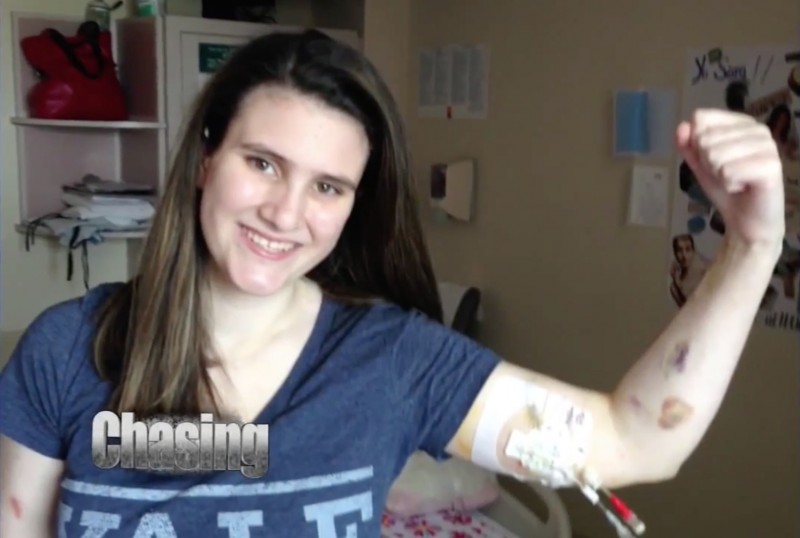 If this wonderful letter from the immensely brave Sara also moved you, then share it with everyone you know and help to spread awareness about this terrible disease.