Home » »Unlabelled » 14 doctors dish on their dumbest patients. No. 9 is outrageous.

14 doctors dish on their dumbest patients. No. 9 is outrageous.

Doctors and nurses have to deal with difficult and bizarre situations every day. Every day they decide between life and death. Yet sometimes their daily routine is marked by very special experiences. On Reddit and nymeta, people have collected what doctors have to report. And sometimes they have to deal with patients that, to put it mildly, make them shake their heads. 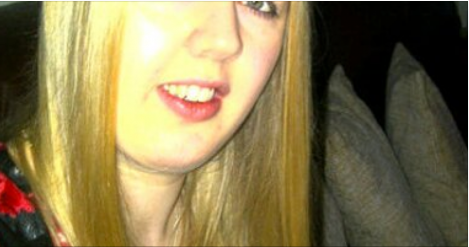 1. "That just because it says "contains vegetable extracts" on the side of it a can of coke does not count as one of your five a day."
2. "Have had to inform a few male patients that the condom only goes on the shaft and should not be pulled down to include covering of the testicles."
3. After putting a few stitches in a middle-aged guy's scalp, the family asked if he was OK. The attending joked that his brain was still inside. The family were stunned by this news. I, the medical student, spent the next half hour informing the family that the brain was inside the skull and that a person couldn't live without one. They thought that the 'brain' was just a turn of phrase to reflect a person's common sense rather than an actual organ. Sort of the same as what they thought about the 'heart.'"
4. "I'm not a doctor, but I'm an ER nurse. I had a patient come in for an STD check. She was very upset and continued to tell me that she only had one partner. Progressing through my assessment she further divulged that even if he was sleeping with other people it shouldn't matter "because he uses a condom every time and he makes sure to wash it throughly after every use." I asked what she meant when she said he washes it after every use. She explained that he washed the condom with hot water and soap before he used said condom again -_- I had to explain to her that condoms are a one time use product...She had no clue..."
5. "My dad is a family doctor in the states. A woman came in for a well baby check with her 6 month old and she had what looked like chocolate milk in the baby's bottle. So he started explaining to her as kindly as he could that she shouldnt be giving her baby chocolate milk at which point she interupts him and says "oh that isnt chocolate milk. Its coffee! He just loves it!"
6. "Pediatric nurse here. I've told more than one parent that their infant should not be drinking Dr. Pepper out of their bottle (or any other vessel for that matter)."
7. "Viagra does not prevent STDs or pregnancy."
8. "I work as a pharmacologist and one of the patients we had at my company was complaining the cat allergy medicine we gave her wasn't working (formulated in an inhaler). Turns out she was spraying the inhaler on her cat... We have to explain to her that she needs to inhale it..."
9. "Not a Dr but a paramedic. During clinical time in the ER 17 yo girl came in with a bloody rectum/anus. Apparently she wasn't wiping after using the bathroom and it was basically really bad diaper rash. So the nurse had to call social services. And explain to this girl proper wiping."
10. "I'm a veterinary technichian. I once had to explain to a frantic client that the ticks she had frantically been trying to remove from her male dogs belly with tweezers were actually his nipples. I also told her she had an extremely well behaved, patient dog."
11. "Not a doctor, RN in the ICU. I've seen some really stupid people over the years, but a few weeks ago a patient's family member got into a verbal altercation with me over the fact that I was trying to "freeze his mother to death." He kept pointing to the digital thermostat displaying a temperature of 23 degrees Celsius (we're in the U.S., btw). When I gently explained to him that 23 C is not at all cold, he just kept pointing to the display and shouting, "You don't think 23 degrees is cold?! It's 23 FUCKING DEGREES IN HERE!" and acting insane. After multiple attempts to explain to him what Celsius is by myself, the charge nurse, house supervisor, and security, we finally gave up and had him escorted out. He was a man in at least his late-30's who graduated high school and had never heard of Celsius and Fahrenheit. He literally thought we were making it up in an attempt to conceal my efforts to freeze his intubated, critically ill mother to death."
12. "Another vet here... Dead bodies decompose! If you leave your dead dog I euthanised in the back of your car on the hottest day of the year, don't come crying to me when its belly fills with putrefying gases and bursts. Demanding I cover the costs of reupholstering your car might be considered a little rude as well."
13. "A hospital is open 24 hours a day 7 days a week for medical emergencies. So, the next time you have a stroke on a Friday, come in on Friday and don't wait for the weekend to pass!"
14. "That a child can not have inherited any genetic traits from someone the mother has previously been with. Only one man is the biological father." 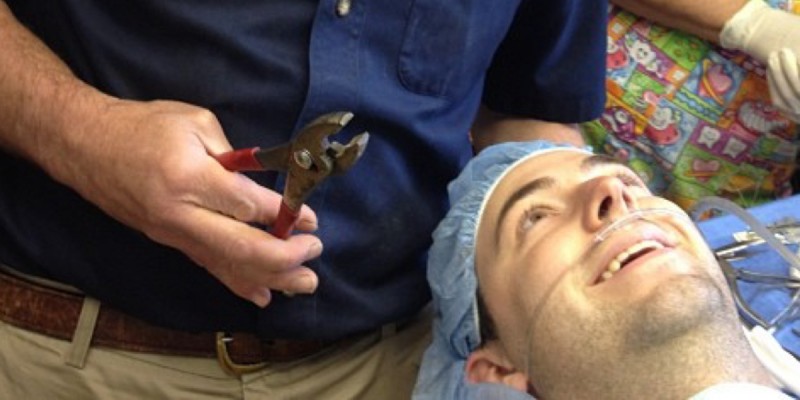 It's hard to believe that such patients exist. You really wish you could say to these patients: that is a load of malarkey (without losing your job of course). Share these unbelievable patient stories with others. And show them that it can always be worse!