Home » »Unlabelled » As the rape victim enters the tattoo parlor, she doesn’t expect what will happen next. Her life is never the same.

As the rape victim enters the tattoo parlor, she doesn’t expect what will happen next. Her life is never the same.

Flavia Carvalho is a 31-year-old tattoo artist from Curitiba, Brazil. 2 years ago, one woman entered her studio whose story changed her life forever.
The customer wants a tattoo with pink lilies and a blue bird. Flavia fulfills her wishes with wonderful artistry and craftsmanship. But she'll never forget the spot where she made the tattoo or the story behind it. 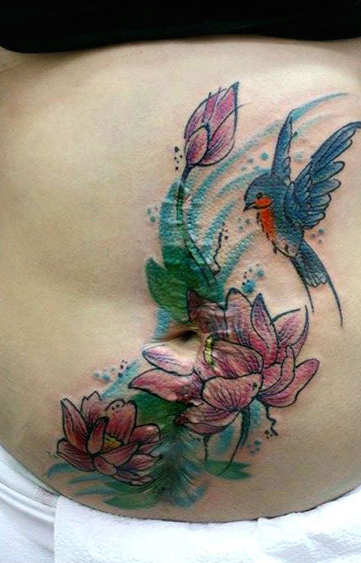 The tattoo covers the entire belly of the young woman. The sight beforehand was frightening! A 10-inch scar digs deep into her disfigured body. But the story behind it, touches Flavia deeply: one evening the young woman was out in a club as a man approached her. She rejects his advances and is not interested in flirting. Then the stranger suddenly pulls out a switchblade! He stabs her in the abdomen and pulls it up her stomach. She survives, gravely injured. But she is left with a massive scar, serving as a nightmarish reminder. Until she meets Flavia! 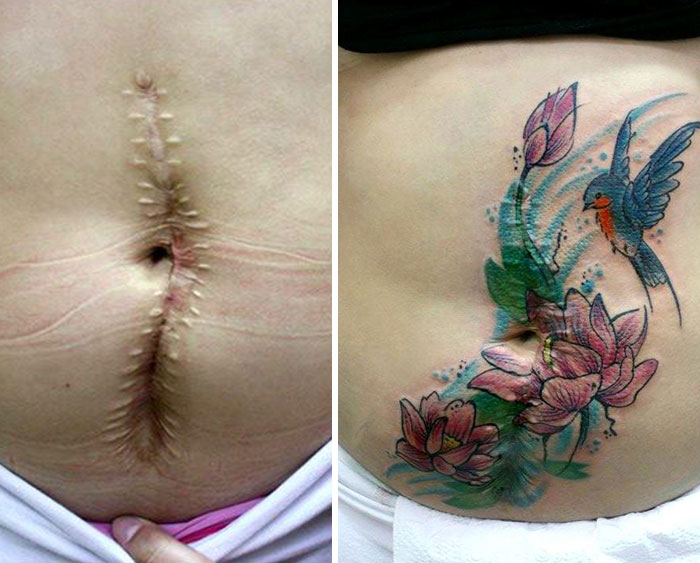 With this tattoo, and the story behind the scar underneath, Flavia began a wonderful project called: "A Pele da Flor" (Portuguese for "Skin of a flower"). She offers victims of domestic violence tattoos for free to cover their scars. The women only have to do one thing: choose their own artwork. Their joy over their new-found self-confidence is reward enough for the skin artist. 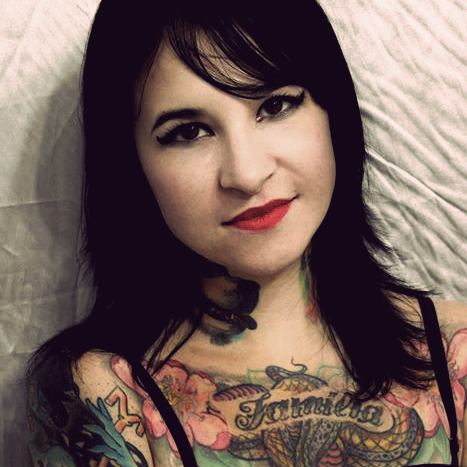 These cherry blossoms cover a scar from a gun wound! The young woman was shot by her ex-boyfriend and now wears these delicate pink flowers as a sign of beauty and transience. 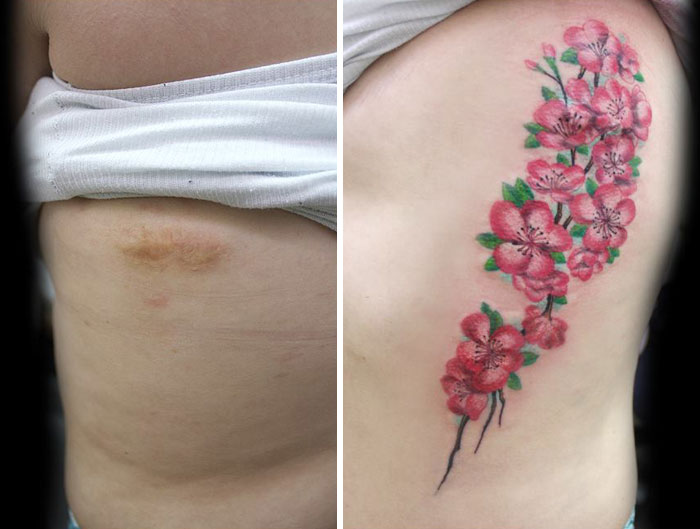 This young woman was stabbed by her ex-boyfriend at work. He fled on a motorcycle and raced into a deadly accident with a truck. She survived the life-threatening wounds and now (thanks to Flavia) proudly wears this wonderful tattoo in place of the scar. 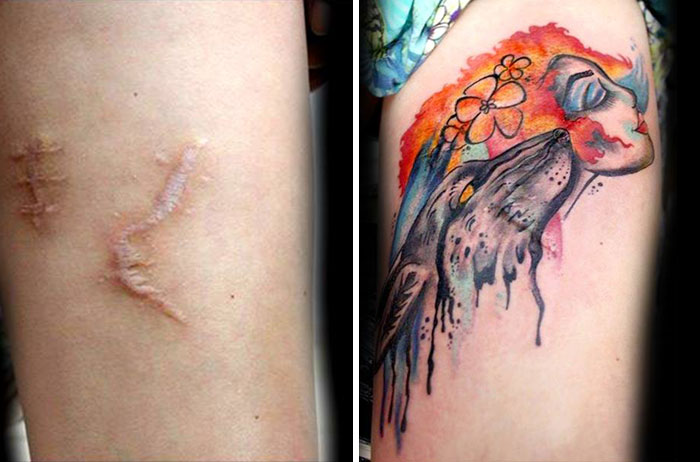 One story moved Flavia very deeply: a 17-year-old girl meets with an older man for months. He abuses her, but she cannot get away from him. When he wants to end the relationship, he meets with her one last time. Both begin to argue and the man grabs the girl. He stabs her several times in the stomach and brutally rapes her. What a nightmare. The nightmare finally finds an end when Flavia covers the terrible scars with colorful flowers. 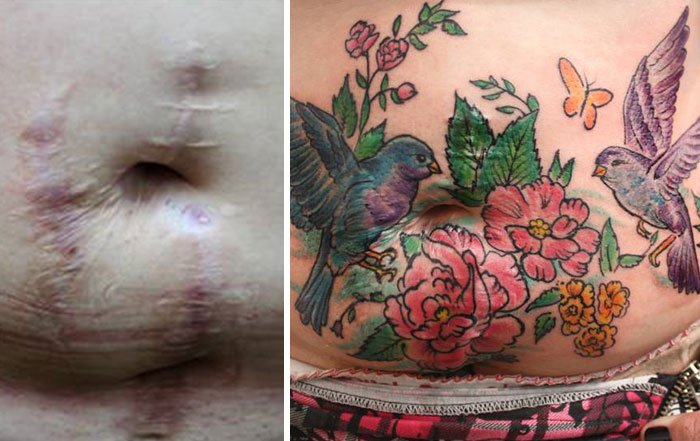 Even women who are suffering from breast cancer and the resulting scars or missing nipples can get free tattoos from Flavia. This 55-year-old is overjoyed after her appointment with Flavia. She says laughing, "It is never too late to get a tattoo!" 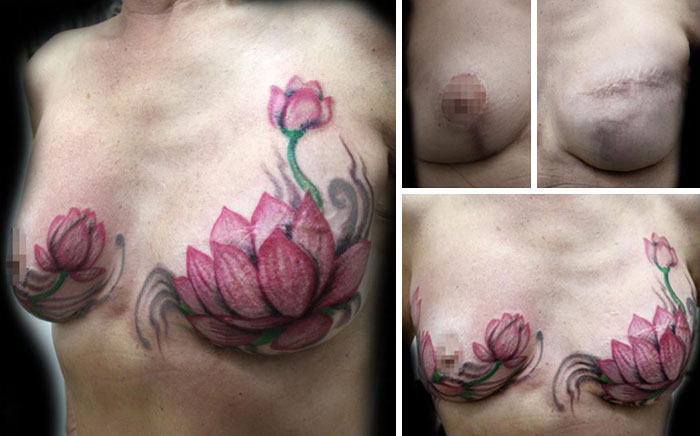 A wonderful and, above all, practical  help for these traumatized victims from terrible violence. When this wonderful act of charity also impressed you as much as it did me, then share this with all you know! Victims of domestic violence are much more than their scars.