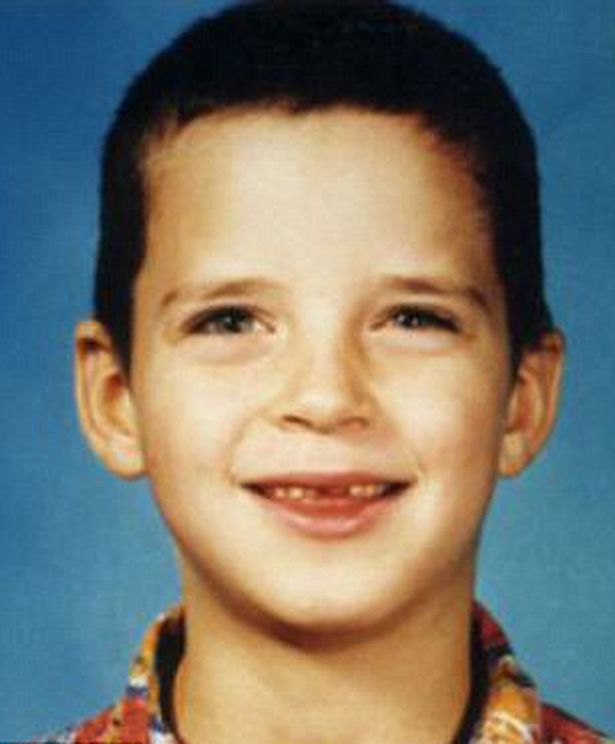 On his 8th birthday Robbie Middleton was tied to a tree, had gasoline thrown over him and then he was set on fire.
Incredibly despite being in excruciating pain, he managed to stagger home in a ball of flames and collapse in the street.
Robbie’s horrified mum found her son blistered beyond recognition and close to death .
It was a crime that sent shockwaves through the community of Splendora, Texas and just the start of a difficult journey for young Robbie.
He survived the attack but by 20, he’d spent most of his life in hospital and was dying of skin cancer caused by the third degree burns.
Days before his death, Robbie recorded a harrowing video that not only named his attacker, but revealed the shocking reason why he was set alight that life-changing day.
Robbie had been raped in the same woods, by the very same monster who went on to set him on fir e.
Back in 1998, Robert ‘Robbie’ Middleton was the outgoing youngest of three children living with is parents Colleen and Bobby.
On June 28, he celebrated his eighth birthday and late afternoon, he walked through the woods behind his home to meet a friend for a sleepover.
Shortly afterwards, Robbie emerged from the trees in flames.
He screamed in agony as his flesh melted in the inferno .
At the hospital, Robbie’s family were told he wouldn’t survive. He’d been tied to a tree, doused in gasoline and set on fire.

Robbie said that weeks before being set on fire, Don Collins had overpowered him in the very same woods and had raped him.
Suddenly a motive was all too clear. Collins had been trying to silence Robbie.
In April 2011, 17 days after his deathbed confession, Robbie died just short of his 21 birthday.
His death was ruled a homicide because the cancer was a consequence of his original injuries.
For his family, it was time for justice.
Collins was already behind bars for failing to report as a sex offender. On his release in September, he was charged with felony murder.
It was agreed that he’d be tried as an adult despite being 13 at the time of the crime. As part of the deal, he’d avoid the death penalty and face a maximum of 40 years.
As they waited for trial, Robbie’s parents were awarded $150billion in civil lawsuit against Collins – the biggest in US history.
The award was symbolic and they were unlikely to see the money - however it was a step in the right direction for the murder charges.
The trial started at a Gaveston County court early this year. Collins, now 29, pleaded not guilty.

Witnesses came forward to say that Collin’s had sexually assaulted them as children, and he’d threatened to burn them if they told anyone.
Another described the moment a young Collin’s stamped on her kitten until it died. He’d been a cruel bully with no friends.
The jury were shown Robbie’s deathbed video and heard his frail voice as he named the accused.
His faltering voice said: "Don grabbed me by my shoulder and threw gas in my face, after that I don't really remember anything."
Robbie alleged that Collins had raped him in the very same woods where he’d turned him into a human fireball.
Robbie’s mum Colleen took the stand and described the horrific moment she saw her son with ‘scorched hair’ and ‘skin hanging round his ankles.’
She said she’d gone to see the tree where it had happened a while later. ‘There was a perfect outline of Robbie’s body scorched into the bark of the tree,’ she said.
Jury members wept at pictures of his injuries. Doctors said his survival was miraculous as the flames had eaten through his fat down to the muscle.
While Collins looked distracted and emotionless, his defense team pointed out there were no witnesses or evidence to back up the claims but Robbie’s voice from beyond the grave was compelling and in February, Collins was convicted of murder.
He showed no reaction when he was sentenced to the maximum 40 years.
The predator was back behind bars thanks to one very brave boy who refused to be silenced - even in death.
source    www.mirror.co.uk