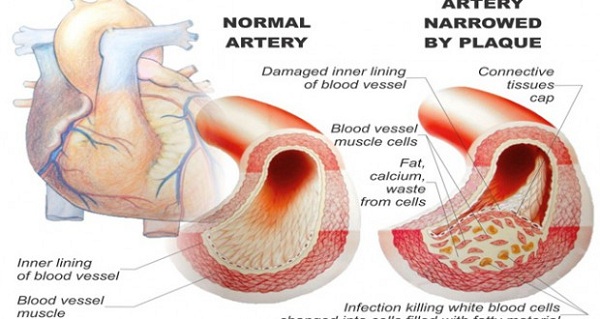 Olive oil
This ingredient is shown as very effective at preventing cholesterol. It oxidizes and sticks to the arteries. Only oxidized cholesterol can stick to arterial walls and form plaques. The most important part of olive oil, monounsaturated fats are less likely to be oxidized when they’re mixed with bad cholesterol.
Garlic
The power of garlic was discovered a long time ago to treat various diseases and prevent various adverse health conditions. It was first used to treat high blood pressure and heart diseases, but according to some research associated with preventive medicine, garlic is also shown to be good in preventing coronary artery calcification which is used as a marker for plaque formation.
Grapes
Grapes help in lowering the risk of developing blood clots which are contributors of heart diseases. Flavonoids, resveratrol and quercetin are the ingredients which are very useful and can be found it grapes. These ingredients are good at preventing oxidation of bad cholesterol which leads to the formation of plaque o the arterial walls.
Fish
A study was conducted by the researches from Southampton University considering fish and its role in the prevention of clogged arteries. They discovered that fish, especially tuna and salmon are very rich in Omega 3 oils which prevent from fatty deposits to build up in the arteries. Fatty acids found in fish are powerful at preventing formation of clots and oxidation of cholesterol.
Spinach

It’s rich in folic acid and potassium and they help in the prevention of hypertension. Lutein, also found in spinach acts as a good protector against the macular degeneration related to aging. It frees the arteries in a way that prevents the cholesterol to build up and in this way it also protects you from heart attacks.
Tomatoes
According to a study conducted by researchers from Korea, a certain compound in tomatoes helps in the prevention of hardening the arteries. It’s called lycopene and gives tomatoes their color. This research proves that women with high levels of lycopene in their blood have lesser stiffness in their arteries.
Cranberry juice
If you wish to unclog your arteries, you need to drink 3 glasses of this juice every week. This juice increases the cell’s ability to absorb the fats and produce energy out of it, instead of letting the fat build up inside the blood vessels, keeping away the fat from your arteries.
Pomegranates
They are antioxidants which can help you in the fight against hardening of the arteries by reducing the blood vessel damage, reversing the progression of this disease.
Oats
Soluble fiber, the main ingredient of oats doesn’t allow cholesterol to create. This kind of fiber attaches itself with cholesterol and carries it out of the body. A study discovers that if you want to reduce the level of cholesterol by almost 20%, you only need to eat 1 ½ to 2 ½ cups of cooked oat per day.
Kiwi and cantaloupe
One cup of cantaloupe or one kiwi a day can help you unclog your arteries. These fruits are rich in antioxidants and are very powerful in reducing the toxic LDL cholesterol formed by a rusting process in the arteries. They prevent rust and also prevent it from spreading.