Home » »Unlabelled » Are Your Nails Covered With Little White Marks? THIS Is What It Means!

Are Your Nails Covered With Little White Marks? THIS Is What It Means! 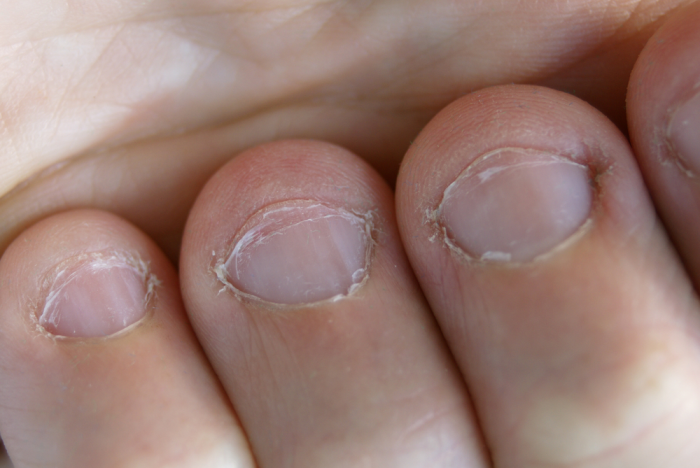 It’s not uncommon for white spots to show up on your fingernails. My grandmother used to say that each one represented a lie that we told.
Modern medicine, however, says that that’s a bunch of folksy nonsense! These white spots on your nails are caused by a condition called leukonychia. It’s a pretty intimidating-sounding name but is actually not especially severe.
Some websites claim that it’s caused by calcium or zinc deficiencies. Neither claim is true. These spots usually develop as a result of mild trauma to the fingernail. In rarer cases, the spots develop due to mild infection or allergies.
They can also be caused by the side effects of certain medications. If the spots are accompanied by pain, you may want to see your doctor.
While they’re harmless a majority of the time, if they appear on all of your nails, it can be a sign of anemia, cirrhosis, kidney disease, and diabetes. If you’re at risk for any of these diseases, see your doctor. Frankly if you have any concern at all, go see your doctor. It can’t hurt.
source   simpleorganiclife.org