Home » »Unlabelled » Baby Born Without Legs Gets Abandoned, What She Grows Up to be is ASTONISHING!

Baby Born Without Legs Gets Abandoned, What She Grows Up to be is ASTONISHING! 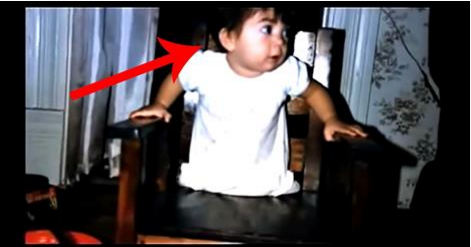 Jen Bricker’s life motto is: “Never say ‘can’t'!” She was born without legs, her birth parents refused to take her home. Jen was very lucky to get adopted by a sweet couple from a small town. They’ve been raising the girl just like their other 3 kids. Jen was never considered disabled in that house. She enjoyed watching the Olimpics which inspired her. Jen’s been admiring the gymnast Dominique Moceanu. One day, Jen Bricker had she set her mind on one incredible goal, and not only did she achieve it, but she went far beyond all expectations. Let Jen’s story become a motivation for you. If she was able to do this, there is not much that can stop you from achieving your goals. Please, enjoy and SHARE this video.


he Moceanu family came to the US from Romania. When Jennifer was born, Dominique was 6 years old. The family was poor at that time and doctors had told them Jen’s rare condition would require expensive medical care, so they gave her up for adoption. Girls’ parents had an athletic background. They concentrated on helping the other 2 daughters achieve what they’ve been dreaming about. Dominique became the youngest member of the Olympic squad “The Magnificent Seven”. At the Goodwill Games in New York City Dominique became the first non-Russian woman to win an all-around gold medal in gymnastics. When Dominique turned 17, she filed suit against her parents for the right to be classified an adult and reclaim approximately $1 million in lost earnings. In her memoir Dominique describes the abuse she had to deal with while training. She continues to campaign for reform within the sport to protect young gymnasts. Dominique and Jennifer became very close. They can’t stop admiring the nature’s work. Their voices sound alike, their handwriting is the same, the way they laugh and deal with the obstacles – genes are a mind-blowing thing.