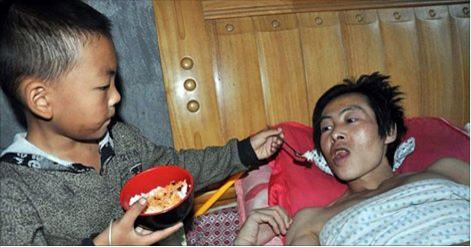 “Honor your father and mother.” — This is one of the teachings that we are supposed to follow. A 7-year-old boy from Guizhou, China has taken this commandment to the next level, by nursing his paralyzed father on his own after his mother walked out on them.

Ou Tongming, a 37-year-old worker fell from the second story of a construction property last 2013. 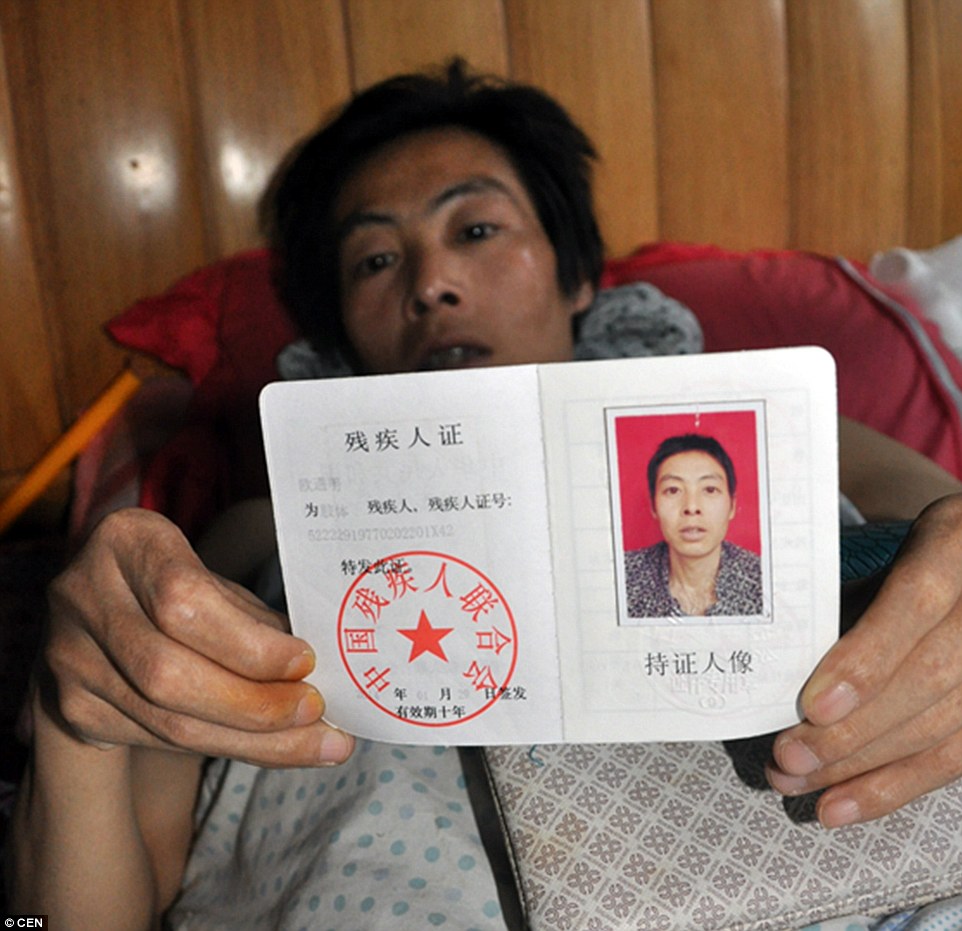 He suffered from a spinal cord injury that left him paralyzed from the waist down. After the family used up their life savings for his medical treatments, Tongming’s wife left their home bringing their three-year-old daughter, and was never heard from again.

Ou Yanglin, his son, then became the sole caretaker of the bedridden father. 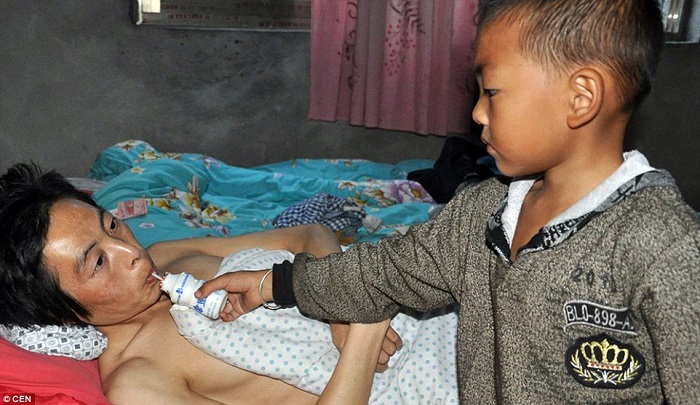 He taught himself how to cook and prepare meals for his father. 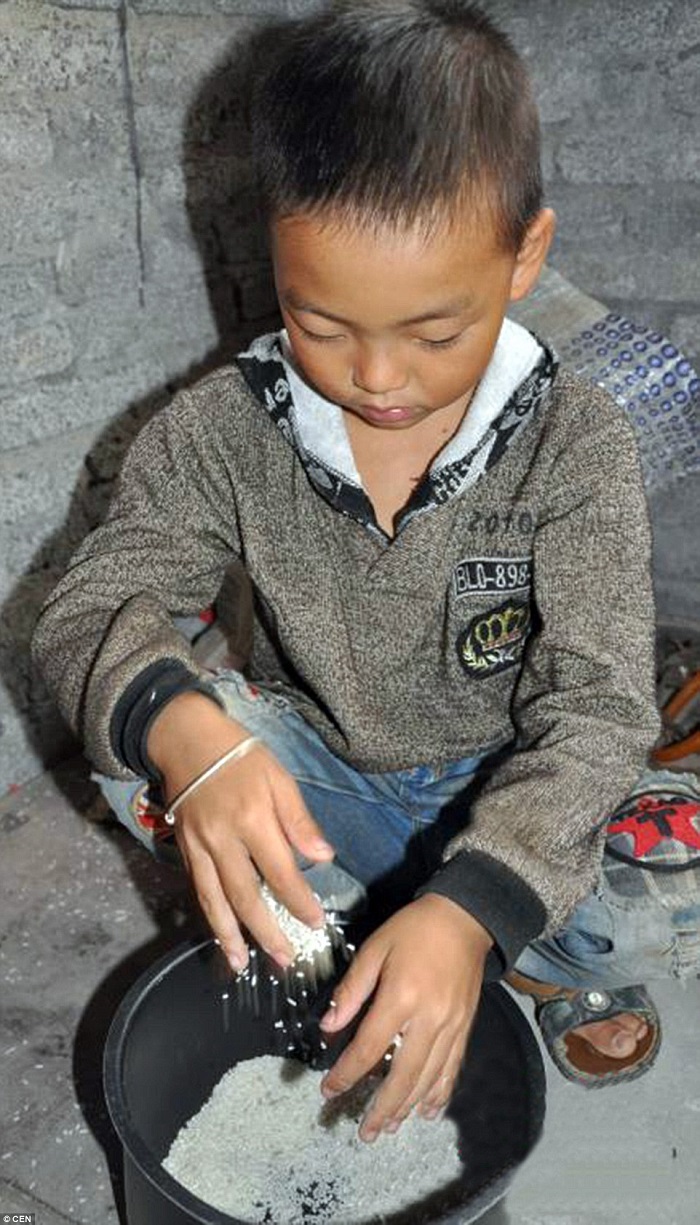 He buys vegetables from the local market while working around his school schedule. 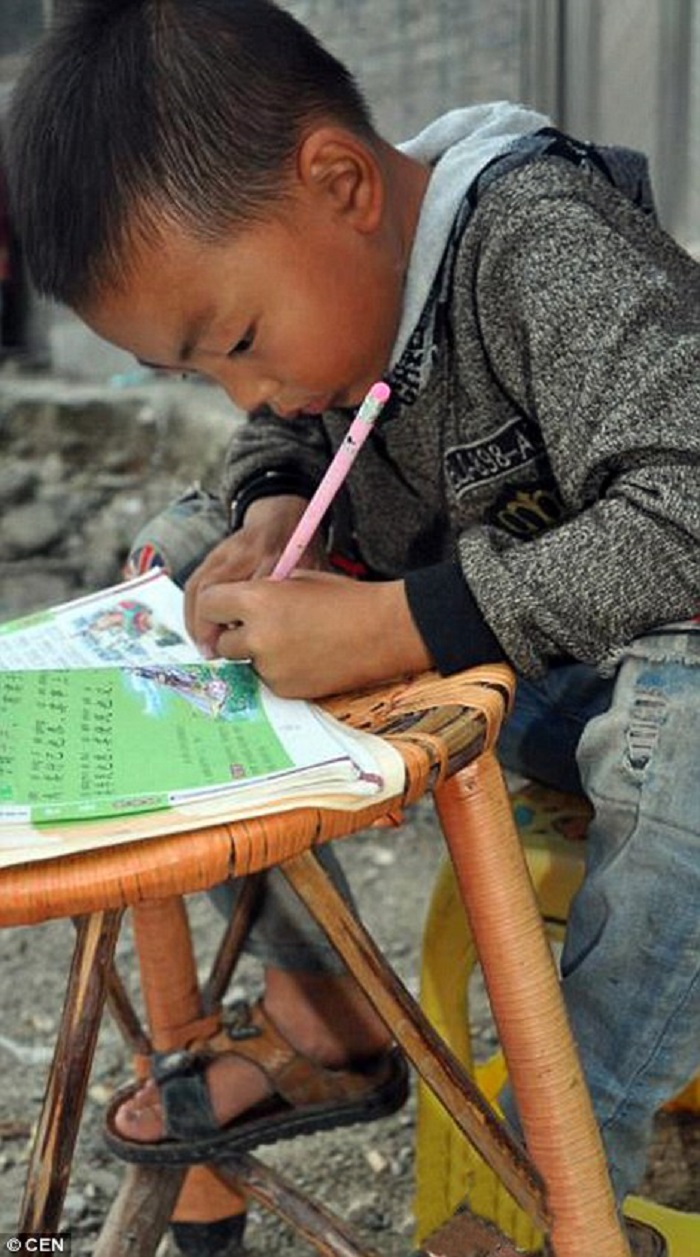 During lunch, he rushes home to feed his father. 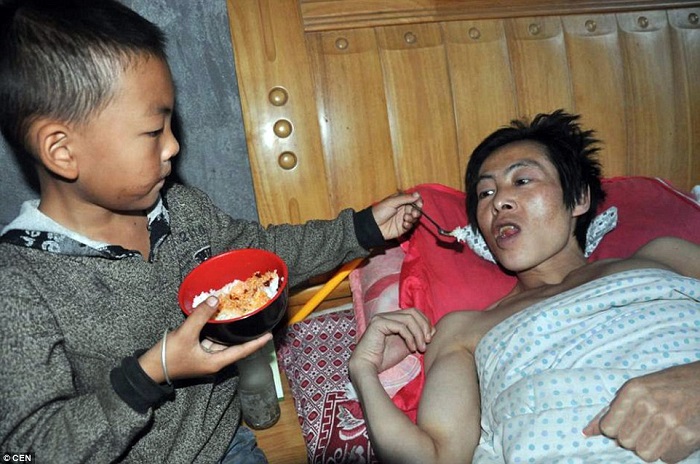 After school, he looks for scraps and sells it to add to their 300 RMB ($47) monthly disability payment that his father receives. He earns around 20 yuan (4$) everyday which still isn’t enough.

“My father needs medicine but I don’t have any money.” Yanglin said. 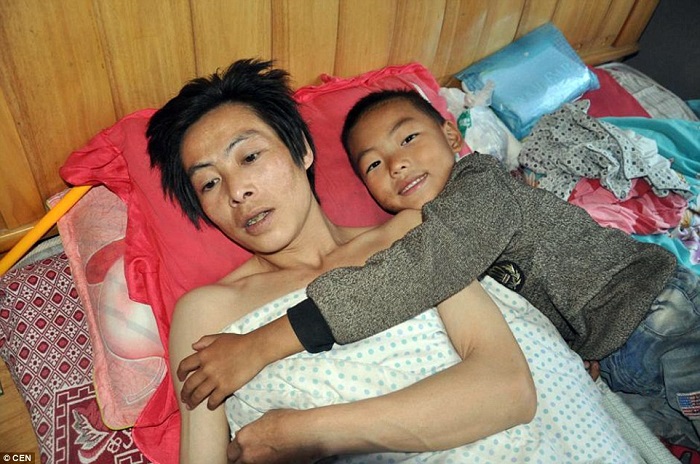 Bedridden, Tongming has developed sores on his back and it is Yanglin who treated his wounds when he goes home from school. 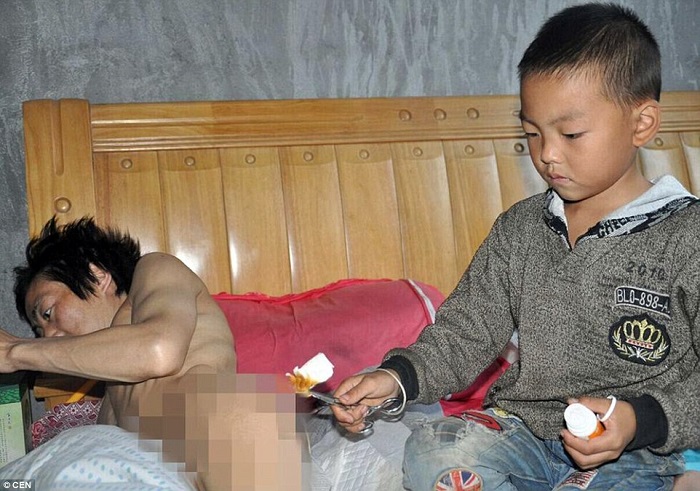 As a father, Tongming finds it very hard to be a burden to his son.

He admits to contemplating suicide, but reconsidered after realizing one thing – he can’t leave his son alone. 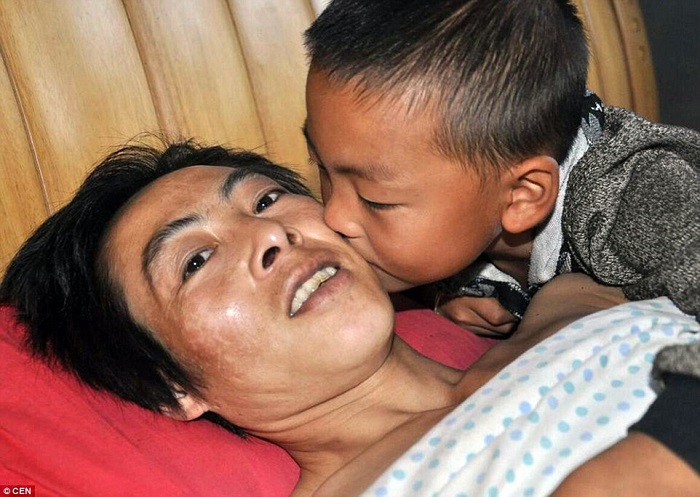 Yanglin’s only wish however, is to “grow up real soon” so he can earn money and pay for his father’s medical treatment. 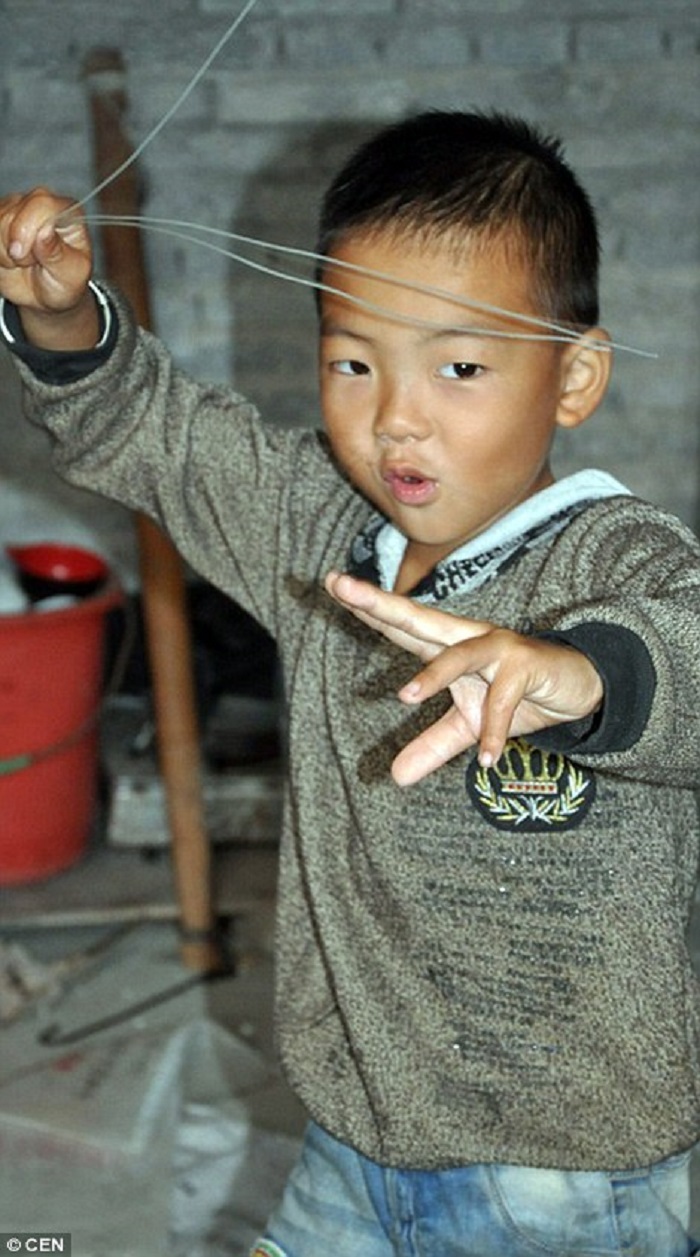 “I can’t live without my father,” the heroic little boy says.
Many people have been touched by the father-son duo that they have been clamoring for a charity fund to be set up for them.
Stories like this is truly uplifting. It’s so overwhelming to know that at young age Yanglin already knows how to be a responsible son. Such dedication and love. I hope one day, help will pour unto your family.
H/T: Elite Readers, Daily Mail | Photos: CEN
Posted by Unknown at 1:00 AM