Home » »Unlabelled » Nurse Was Watching TV When She Noticed THIS On The Host's Neck And Literally Saved His Life!

Nurse Was Watching TV When She Noticed THIS On The Host's Neck And Literally Saved His Life! 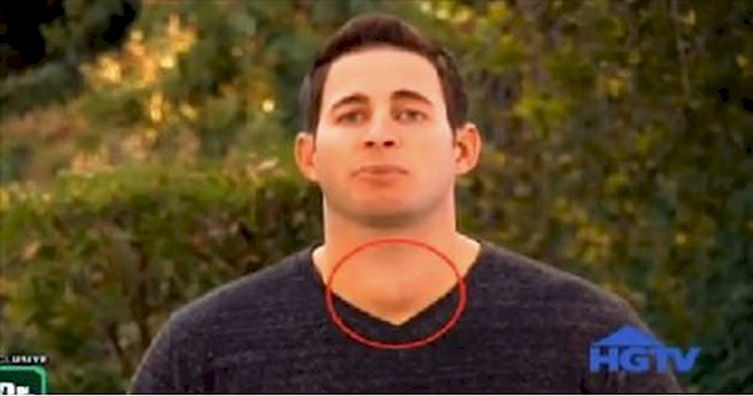 Miracles happen when we least expect them and, arguably, when we need them the most. They can come from anywhere at any time and cannot be explained but, boy, are the recipients ever thankful. Being a television icon, Tarek El Moussa is probably used to viewers picking apart his appearance. Usually, it's regarding his good looks and charming show-hosting, but one day, a viewer saw something that concerned her enough to take action. It's a good thing she did because she was absolutely right.

This May Already Be A Familiar Face

You may know this guy from somewhere. Tarek El Moussa hosts a home investment show called Flip or Flop on HGTV. The attractive host may have his dream job, but he likely never expected it to save his life. The family man discovered his thyroid tumor just in time for surgery as it had already begun to spread to his lymph nodes. 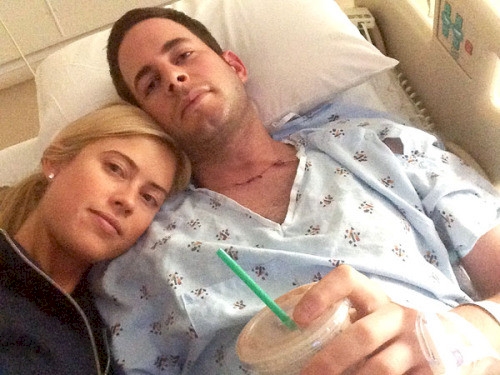 A Nurse At Work And At Heart

An observant viewer and skilled medical professional noticed something strange on Tarek's neck. As he moved throughout the show, she was able to observe that there was a lump on his neck and it was not supposed to be there. She took action and contacted the producers who informed Tarek that a visit to the doctor would be a good idea. 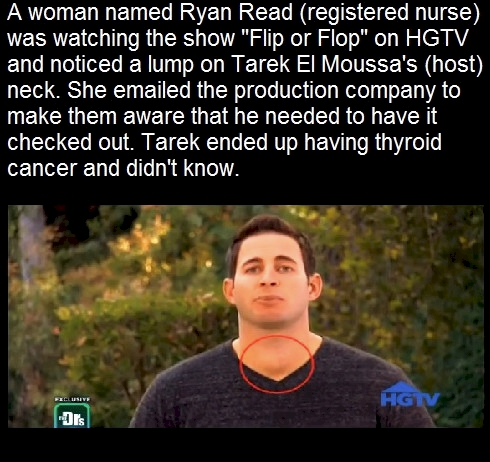 Tarek is now recovering from the cancer that was rapidly spreading through his tissues. The viewer who contacted the producers of the show literally saved his life as she probably does on a regular basis. Just another day in the life of a nurse.
Main and collage image
via Ultra Facts Blog
Posted by Unknown at 5:51 AM