he professor from Berkeley College in California was studying the horrible effects of chemotherapy for almost 25 years and came up to a horrifying conclusion.
We all know that the cancer industry is just a money making industry. Nobody cares about people’s lives; all they care about is profit. All of them, doctors, hospitals, pharmaceutical companies and other stake holders, profit when patient accepts the chemotherapy, radiation or some kind of surgery to remove parts of his body as a treatment for his cancer condition. A lot of people accept these methods, because the science covers these treatments, despite the claims from the medical industry that chemotherapy doesn’t work in the fight against cancer. 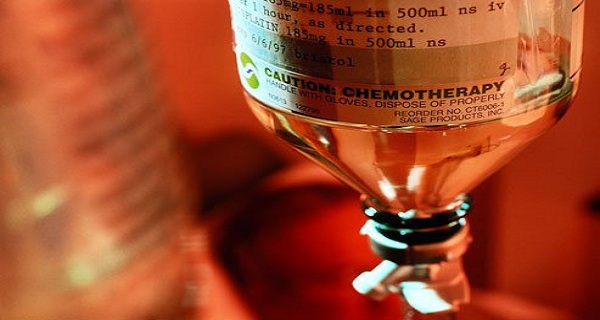 Former professor of medical physics and physiology, at the University of California, Dr. Hardin B. Jones has treated cancer patients for more than 25 years and he studied their life expectancy. After long 25 years of studies, he came up to a conclusion that chemotherapy doesn’t work.
Dr. Hardin B. Jones says that chemotherapy patients often die a painful and terrible death. Chemotherapy patients usually die much faster and more painfully than the other patients, who have selected different treatment for their disease. He found out that chemotherapy actually shortened the life and killed patients, and it’s all kept in secret, because the pharmaceutical industry is making millions of dollars every day.In his study, published in the New York Academy of Science, Dr. Jones said the people who refused chemotherapy lived 12 years longer than the people who chose chemotherapy as a treatment for their cancer condition.  He also says that a lot of people who accepted the chemotherapy died within 3 years, and many people died just a few weeks after starting the treatment. Breast cancer patients who didn’t accept the chemotherapy lived 4 times longer than those who accepted chemotherapy as their treatment.  Dr. Jones said that this kind of information you won’t hear on the news or in the other mass media tools. They will continue to spread the myth that chemotherapy is the best solution to fight cancer.
Other study, which was published in 1979 in the Journal of the American Medical Association, has found out that the old and most common methods for treating breast cancer did nothing to reduce the cancer cells or to prolong the patient’s life.  Two more studies which were published in Israel in 1978 and other in Britain in 1980 had similar findings. They both confirmed that chemotherapy didn’t help the breast cancer patients and did nothing to prolong their lives. The hidden truth is that many people who have “died from cancer” are actually chemotherapy and radiation victims. The study explained that chemotherapy actually works by killing healthy cells in the human body, before they destroy the cancer cells, which can develop very slowly and in some natural ways it can be stopped.
The cancer patients who “died” from the disease actually died of malnutrition, because the cancer cells take the nutrients from our organism and destroy our immune system, so our body can’t defend itself.
The modern medicine still offers the chemotherapy as the best treatment available and hides the truth about cancer therapy, because one treatment costs 30000000 – 10000000000 $. You should all know, chemotherapy doesn’t kills cancer cells or prolongs patient’s life. Chemotherapy burdens the body so much that cancer patients die from it in terrible pain.

source   www.myfitmagazine.com
Posted by Unknown at 7:26 AM