SINGLE MOM WITH 4 KIDS CAN’T AFFORD GROCERIES. NOW WATCH THE MAN BEHIND HER… 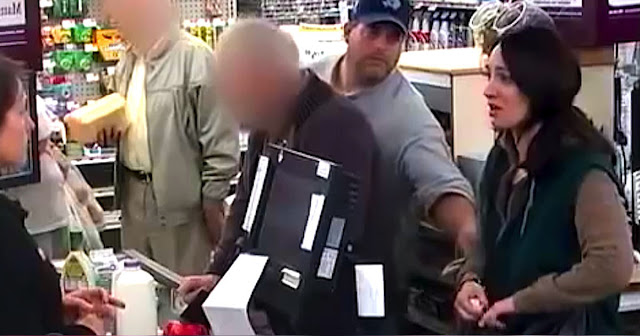 In this interesting clip, one TV show wanted to find out how people would react to a young mother who didn’t have enough money to make her purchases. Would people be judgmental? Would they step in to help? How would people react if they sent in an actor to make the young mother feel bad for not having enough money? It’s one thing to discuss this sort of scenario with friends or on Facebook, but what if you saw it unfolding in front of your very eyes?

Social media has allowed everyone to publicly share their strongest opinions, but I tend to respect those who actually back up their words with actions. We all like to think we’d be virtuous and do the right thing when put in a situation like this, but I have to say, the people in this video really surprised me — in a good way! I can only hope that I would have the guts to step in and do the exact same thing if I ever found myself next to someone who needed help, whether I was on hidden camera or not!

Please SHARE to pass along the good deeds and positivity!!!
Source : michaelbaisdennow
Posted by Unknown at 5:06 AM