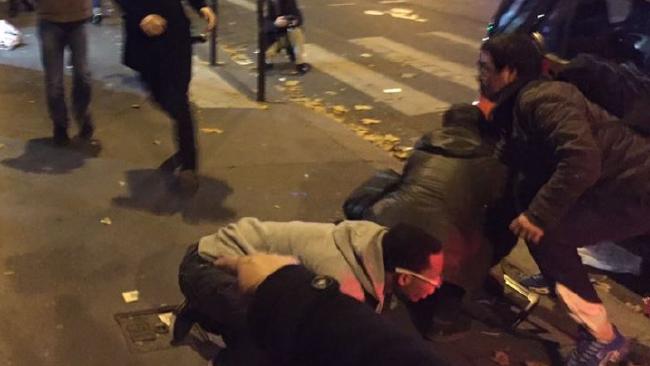 People hide after fears of another gunman at the Paris restaurant attack. Picture: Tiffany Wertheimer/Twitter
OPINION
THE attacks in Paris are so singularly vile, so unprecedentedly deranged, it would be impossible to confuse the murderers behind them with any other group.
But that is what will happen in Australia. An outspoken minority will attempt to link some of our citizens with the insanity of the IS conspiracy, the terrorists most likely to have ordered and carried out the killings.
There could be a backlash, largely driven by confusion and anxiety, against the 480,000 Australians of the Muslim faith, as if their religion was enough evidence to put them under the IS banner. As if their worship meant they also supported the IS commitment to butchery.
But it simply is not true.
Undoubtedly the IS business model of cowardly slaughter has backers in this country. They are a tiny group — a minority speck among Muslims — who attempt to recruit others for the evil they consider necessary.
They are extremists who do not represent the mainstream Muslim approach to religion or the sanctity of life.
Most of the young men who have been stopped from leaving Australia to join IS have come from what might be called secular Muslim families.
In many of these cases, their parents have been only nominally of the faith or have abandoned it.
An overwhelming majority of the try-on terrorists have not been associated with a mosque. They have been groomed online or by a direct relationship with a corrupting figure outside regular religious circles. 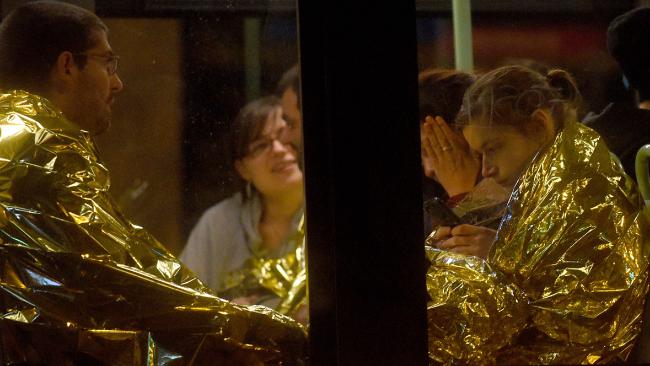 Survivors sit on a bus after gunfire in the Bataclan concert hall. Photo by Antoine Antoniol/Getty ImagesSource:Getty Images
These are aimless and ignorant kids who, as Assistant Minister for Multicultural Affairs Concetta Fierravanti-Wells has said, “think that they are going over there to play with AK-47s, get drugs and women and at night-time go off to what they were doing here, go off to McDonalds and do other things”.
Not only would a backlash against Muslim Australians be insupportable, the public heat and community instability it could cause would delight the IS leadership, who want their menace to be globally disruptive.
But it simply has no basis.
Further, any raucous calls to close mosques and deport individuals would antagonise and isolate the very people we are asking to help track down the agents of IS, and alert us to the youngsters who might be falling for the IS extremism.
The more that public opinion — and security authorities — blame mainstream Muslim Australians for the IS atrocities, the greater the possibility the Islamic mainstream will see terrorism as the government’s problem, not theirs.
The more isolated and abused Muslims feel, the less likely they will be to assist authorities. The notion that harassing Muslims is good security is usually the monopoly of those who are too scared to think. 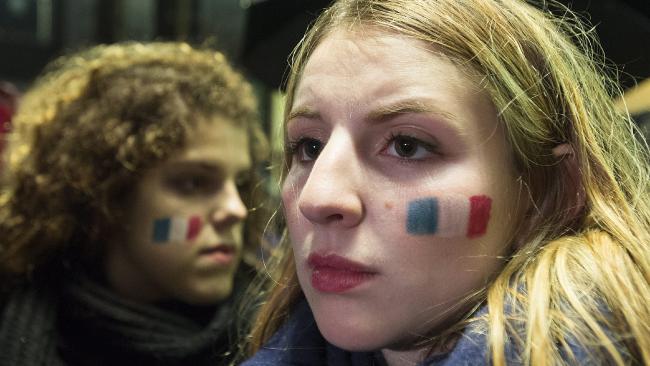 People attend a vigil outside the French consulate in Montreal.Source:AP
The IS threat is a very real problem for mainstream Muslims, as well as other Australians. At the very least, it’s not good for business and the commercial bottom line.
They should be consulted and included in counter measures, not mindlessly ignored and ignorantly condemned.
They should be encouraged to have enough faith in security authorities and the general population, to report community members — including relatives — with IS-like delusions.
There of course will be measures some in this community will object to.
Anyone who has made it to Syria and the bloody embrace of IS should be blocked from returning here or be jailed if they do, no matter how sad and sorry their tales. There is no excuse in claiming they didn’t know IS was so ghastly.
Families won’t like this, but not only does this dissuade recruits, it blocks well-trained killers from slipping back in to put their new skills to use. 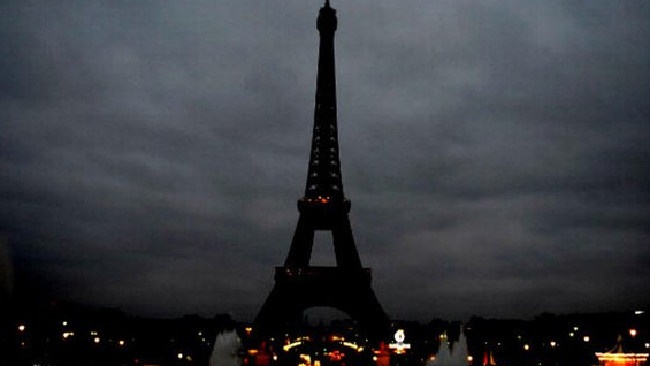 The Eiffel Tower in Paris is unlit out of respect for those who died in the terror attacks on November 14 2015. Source: TWITTER @france7776Source:Twitter
But there are areas of support which include helping those families settle their young, particularly those rootless and restless kids looking for sex and drugs and guns.
Former Prime Minister Tony Abbott appointed Senator Fierravanti-Wells to strengthen contacts with Muslim figures, who represent not just a range of sects but some 160 separate agencies.
And this work is highlighting a community where families are worried about the usual things — educating their young, getting them jobs.
It has been a reminder that of the 480,000 Australian Muslims, the large majority are aged under 29, and 180,000 were born here. And many believe they are estranged from the rest of the country.
Senator Fierravanti-Wells said in October: “If you step back and look at it as a social issue with a national security perspective, then you can start to see why these young people are marginalised, what the reason [is] for their disengagement.
“Some of the kids who do this want to go over there [to Syria] to rape, plunder and pillage. One leading Imam indicated to me that these kids ... he deals with young boys, second and some third generation, he has helped some of them on the road back.”
And that retrieval of young lives should be the priority, not the scapegoating of them.


Credits: www.news.com.au
Posted by Unknown at 4:09 AM