800-Year-Old Mobile Phone Found In Austria? Check This Out …

The strange and wonderful mobile phone was found in Austria.
This strange thing was discovered in a excavation in Austria. It has many similarities with the wireless devices today. ( to be announced on Friday, December 18, 2015)
The researchers found a strange object which was said that from 13th century and look like a cellphone.
These objects are looked similar to cellphone, especially the first one in the market of mobile phone. 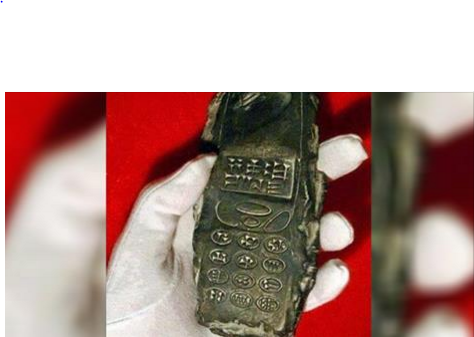 This discovery was surprised when these objects were black and also have keyboards with letters same as Iraq or Iran’s.
The expert of UFO, Daniel Muñoz, explained that the similarity is remarkable even so he declined to indicate this object is a cellphone.
These objects are considered “out of time”, just as many others have been found.

source    www.conspiracyclub.co
Posted by Unknown at 12:05 AM