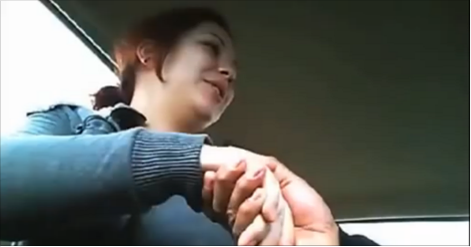 A CHILLING video of a young wife trying to hire a hit man to murder her husband because it was ‘easier than divorcing’ him.
Julia Charlene Merfeld, 20, of Michigan in the US, has pleaded guilty to soliciting the murder of her 27-year-old husband.
An undercover police officer posing as a hit man secretly filmed two videos of Merfeld as they negotiated her the killing while sitting in a car.
At one point Merfeld explains that in her opinion, murder would be “easier than divorcing” – she wouldn’t have to worry about her family’s judgment or “breaking his heart” if he was killed.
Police allege Merfeld wanted her husband’s $400,000 life insurance policy and promised to pay $50,000 for the hit.
Watch the video below: