Home » »Unlabelled » Silent Danger in Your Home More Toxic Than Cigarettes and Cause Respiratory Problems, Headaches and Even Cancer! Use This Instead!

Silent Danger in Your Home More Toxic Than Cigarettes and Cause Respiratory Problems, Headaches and Even Cancer! Use This Instead! 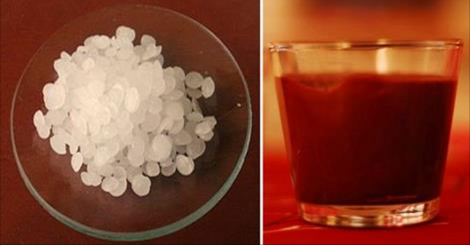 Our stressful living demands some ways to relax and calm our bodies. At times, it is enough to enjoy a hot bathtub and smell the delightful aroma of some aromatherapy candle.

Yet, this method is not as healthy as enjoyable, it seems, as these candles could release lead or a carcinogenic substance in the air we breathe.
Namely, there was an article published in January 2001, named “Candles and Incense as Potential Sources of Indoor Air Pollution: Market Analysis and Literature Review,” by the United States Environmental Protection Agency Research and Development, which reported that the majority of the U.S. manufacturers have agreed to avoid the use of lead in the candles’ wicks.
Yet, apparently, 34.8 percent and 13.4 percent of the candles we use have been imported from Hong Kong and China, where rules and regulations are not that strict and do not involve the same standards as in the U.S. This means that imported candles contain toxic ingredients.
The research of the EPA’s states that “Candles with lead wicks have the potential to generate indoor airborne lead concentrations of health concern. It is also possible for consumers to unknowingly purchase candles containing lead wick cores and repeatedly expose themselves to harmful amounts of lead through regular candle-burning.”
Moreover, despite the lack of lead, burning some candles surpassed the standards of the EPA and caused a greater risk of cancer due to the levels of  formaldehyde, toluene, acrolein, acetaldehyde and benzene. These chemical compounds seriously damage our health, particularly the lungs.
Moreover, wax candles also lead to the production of soot, which is the black substance resulting from the flickering flame. “When soot is airborne, it is subject to inhalation. The particles can potentially penetrate the deepest areas of the lungs, the lower respiratory tract and alveoli (Krause, 1999).”
Candles scented with synthetic oils, as well paraffin candles are produced in a process which is in no way restricted by bands or rules. In particular, asthma patients are especially affected by the burning paraffin wax candles, as well as children and the elderly.
It was scientifically proved that the chronic low- level exposure to lead seriously damages the child’s body. Undoubtedly, burning paraffin wax candles which include lead wicks are included in the category of low-level lead exposure.
This harmful exposure mostly impacts the central nervous system and may result in:
Yet, this does not mean that you need to avoid all kinds of candles completely.
You can use some natural alternatives instead. The price of beeswax is six times the price of paraffin, and due to that, numerous manufacturers of candles mix paraffin with beeswax in order to reduce the cost.
Therefore, you should purchase 100 % beeswax candles with cotton wicks, which contain no toxins.


Furthermore, note that you should choose  candles made from wax which is 100% based on vegetables, as they are toxic- free. For instance, you should also buy candles from Way Out Wax in Morrisville, Vermont as they contain  a mixture of hemp oil and vegetable wax.
Also, you are advised to not burn your candles close to a draft, as well as to trim wicks to 1¼4 inch, in order to lower the amount of soot.
Source/Reference: healthyrecipeshome.com
Posted by Unknown at 4:43 AM