6 Ways To Use Apple Cider Vinegar For Sinus Infection

The inflammation of the lining of the sinuses is known as sinusitis. It is a common issue with numerous people, who constantly seek a solution and try various medications to relieve it, but apparently, most of them solve it only temporarily.
Therefore, we will offer you several fabulous homemade recipes with apple cider vinegar that will cure sinus inflammation and will prevent it from recurring. 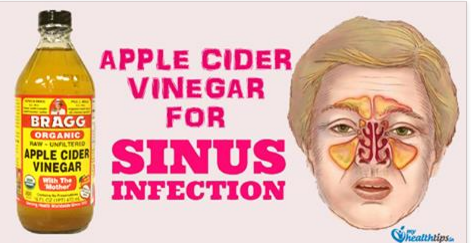