AN ELDERLY woman has been convicted after she told a hijab-wearing mother outside a supermarket: "You look like you're about to bomb the place." 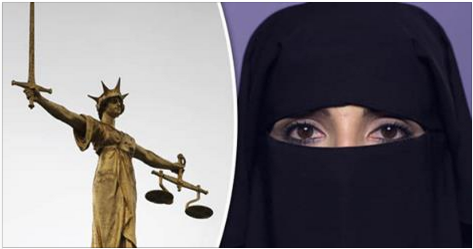 Barbara Blauvelt, 77, confronted the Muslim woman who was with her children at a Sainsbury store in Bexhill, East Sussex, in January.
Blauvelt told British-born Ritha Ahmed: "Women in Britain don't cover up. You should not cover up.

"If you are going to live in Britain, you should live by British rules. You look like you're about to bomb the place."
During the police investigation, Ms Ahmed, 35, told officers Blauvelt had hurled similar abuse at her outside a local GPs' surgery in September last year.
Blauvelt had pleaded not guilty to two charges of religiously aggravated intentional harassment, alarm or distress, but magistrates in Eastbourne found her guilty.
The pensioner was given a conditional discharge with £620 costs and a victim surcharge of £15. GOOGLE
The incident took place at a Sainsbury’s store in Bexhill, East Sussex
Sergeant Peter Allan of Sussex Police, said: "I am pleased the court has convicted the defendant in this case.
"No-one should be targeted in such a personal and public way because of the way they dress.
"This sentence sends out a clear signal that we will take a robust approach to those who target individuals based on their disability, gender identity, race, religion or sexual orientation.
"I hope this case will encourage other victims of hate crime to report such behaviour to the police."