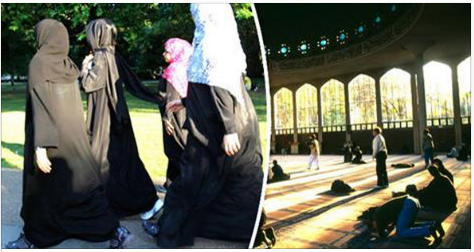 A TEACHER called “a s**g” by a young Muslim boy for not covering her head routinely saw young girls attacked for showing their hair in school, a film about a shock report will reveal.

By ZOIE O'BRIEN
Findings in the feature about an investigation, which is to be fully released by Channel Four this week, have shown there is a “nation within a nation” emerging in Britain, made up of Muslims who have no intention of living by UK social standards.
The report, What British Muslims Really Think, has been described as the most detailed and comprehensive survey of the group ever carried out.
Ahead of the full release, which is set to shock the nation, former chairman of Equality and Human Rights Commission Trevor Phillips described the findings as "astonishing".
He said: “On certain key issues Britain is nurturing communities with a complete set of alternative values.
“None is more alarming than attitudes towards women.”
During his own research he spoke to Muslims about how they are integrating with their neighbours in the country.
On of the women he contacted was a respected Asian headteacher named Toshiba Hussain, who told him it was the behaviour of the young boys which was the most concerning.
She said: “The boys used to act as thought police.
“You know, they would go around and actually hit girls on their heads of their heads weren’t covered.
“I even had one boy, on nine-year-old boy say to me ‘Why haven’t you covered your head? It is only slags who don’t cover their head’.” 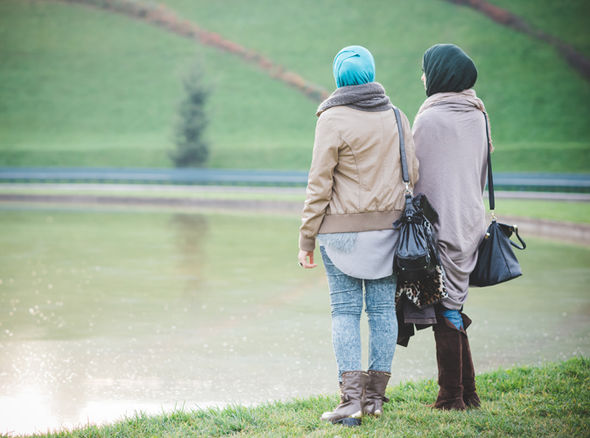 According to Mrs Hussain the behaviour had to have been picked up from men in their families.
Currently, there are three million Muslims in Britain - half of which were born abroad but it is predicted the number in Europe will double by the middle of the century.
In places like Blackburn, where the Islamic population approaches 30 per cent, many Muslims and non-muslims barely mix.
David Goodhart, from the think tank Policy Exchange wrote a book called The British Dream in which he described how more than half of ethnic children attend schools where white British children are a minority.
He said: “The results of the Channel Four survey are hard to argue with. While the majority of Muslims are keen on Britain, a significant minority really would prefer to live their own lives further away from the rest of us.
“Non-Muslims who live and work in areas with a large Muslim presence have been uneasily aware of the emerging differences for a long time, but many are to worried about being tagged as Islamophobes to raise the debate.”
Annum Anwar, tasked with easing integration between Muslims and non-Muslims in Blackburn said in her area both communities barely mix.
She said: “There are certain areas that are wholly Asian, others that are wholly white.
“So if you have a child who’s attending school in an area that is predominantly Asian, where would that child meet people of other faiths? They’re restricted.
“So you have a child who goes from school from nine o’clock till about four o’clock, then he will go to mosque maybe, and then Monday to Friday he is in that area.
“So where would an Asian and a white child actually meet?” 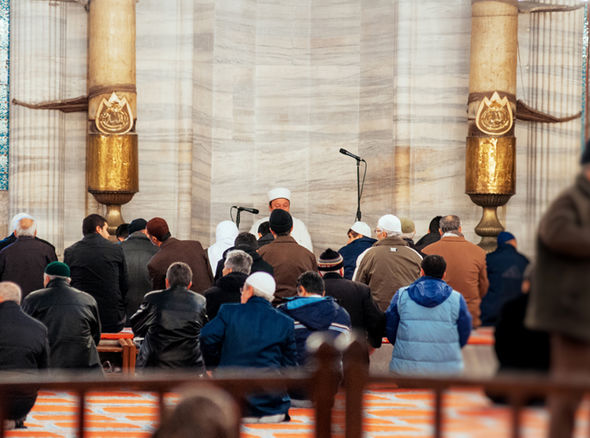 The report revealed a huge divide between the social attitudes of white British people and that of some Muslims.
In the survey researchers spoke to 1,081 Muslims as well as a “control sample” of 1,008 people representing the country as a whole.
It revealed four per cent of those surveyed had sympathy for suicide bombers and two out of five Muslims believe women should obey their husbands.
Twenty-eight per cent say Britain is a country of bad moral behaviour while 35 per cent believe Jewish people have ‘too much power’.
Homosexuality should be illegal according to 52 per cent of those surveyed and 33 per cent think schools should be segregated.
One in three British Muslims also believe a man should be able to have more than one wife, despite the practice being illegal.
Some have defended polygamy happening in Britain, claiming Muslim women support it because they don’t want husbands “under their feet”.
Mr Phillips warned Britain must listen to what Muslims have to say, before governing with a firmer hand.
He said: “For many years we’ve dodged the questions so this research makes for troubling reading.
“Do we still believe in diversity, even when it collides head-on with our national commitment to equality between men and women, gay and straight, believers and non-believers?
“What it reveals is the unacknowledged creation of a nation within a nation, with its own geography, its own values, and its own very separate future.
“For centuries we have managed to absorb people of many different backgrounds. But the integration of Muslims will probably be the hardest task we’ve ever had to face.”


Among his own recommendations were to halt the growth of Sharia courts and perhaps force them to sit in public.
He also said we should never allow one minority to group to control a school and we should adopt a more “muscular” approach to integration.
The towns with the largest Muslim populations were listed as Birmingham with 234,411 followed by Bradford with 129,041 and in London the borough of Newham has 98,456.
The findings will be published in full by Channel Four later this week.
Posted by Unknown at 8:01 PM