Home » »Unlabelled » 19-year-old Jean Hillard was found frozen at her friend’s driveway after walking 2 miles in the frigid weather. Doctors could not believe her recovery!

19-year-old Jean Hillard was found frozen at her friend’s driveway after walking 2 miles in the frigid weather. Doctors could not believe her recovery! 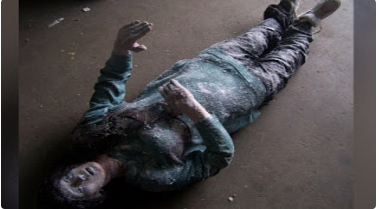 Nobody believed that then 19-year-old Jean Hillard would survive her deadly ordeal. It remains a medical mystery until now—despite happening 35 years ago. Hillard’s friend found her frozen like a human Popsicle, a few hours after she collapsed 15 feet away from his home.
Hillard’s ordeal started when she was returning to her parents’ home near Lengby, Minnesota. The family car skidded off the road on the edge of the White Earth Indian Reservation and stalled in the windy, frigid weather. She remembered that she had a friend who lived close by and decided to walk to his house in a temperature of 22 below zero. Clad in western boots, a coat and mittens, she began walking to Wally Nelson’s home which was 2 miles away.
Nelson found her at 7 o’clock the next morning. He claimed that she was stiff, that he had to put him in the car “diagonally” and brought her to the hospital.
Doctors were unable to give her intravenous feedings because ”she was frozen too solid to penetrate the skin,” said Dr. Edgar Sather.
Her pulse, hardly registering through her frozen skin, was about 8 beats a minute. And her temperature was too low for a thermometer, with a low reading of 88 degrees, 10 degrees below normal. But in several hours, wrapped in an electric heating pad, she miraculously began to revive.
She did not lose a single part of her body, though doctors feared that they would have to amputate both her legs once she revives.