Home » »Unlabelled » Adults Make Baby Smoke Cigarettes And Drink Alcohol Telling ‘This Is What Being A Man Is All About!’

Adults Make Baby Smoke Cigarettes And Drink Alcohol Telling ‘This Is What Being A Man Is All About!’ 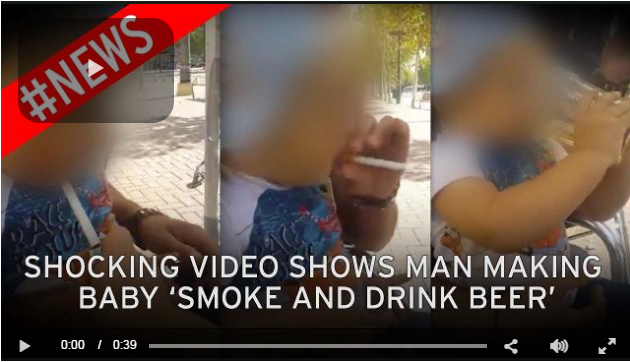 We’ve been seeing many parenting fails on different social media sites. Though some are quite hilarious and forgivable, some crossed the line to the extent of abusing a child. Recently, a shocking video showing two men making a child smoke and drink alcohol has gone viral and sparked an outrage among social media viewers.

A concerned netizen named Daniel Tecu from Romania posted the footage on Facebook and asked people to identify the two adults in the video. The clip shows a Romanian guy sitting with a little boy on his lap and laughing while the other guy is filming, as both of them encourage the boy to smoke and drink beer.

The man holding the boy puts the cigarette in the child’s mouth to puff then lets the boy take a drink before making him puff again. 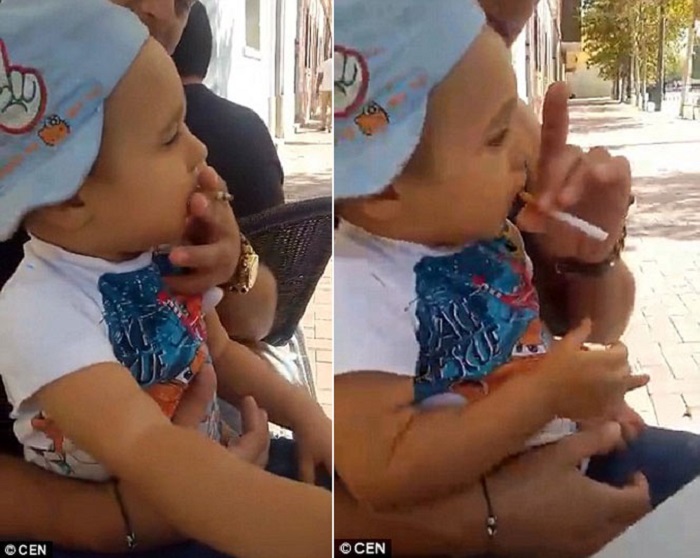 But it didn’t stop there, the man who seems to be the father puts a new cigarette on the boy’s mouth while the other man tries to light it. 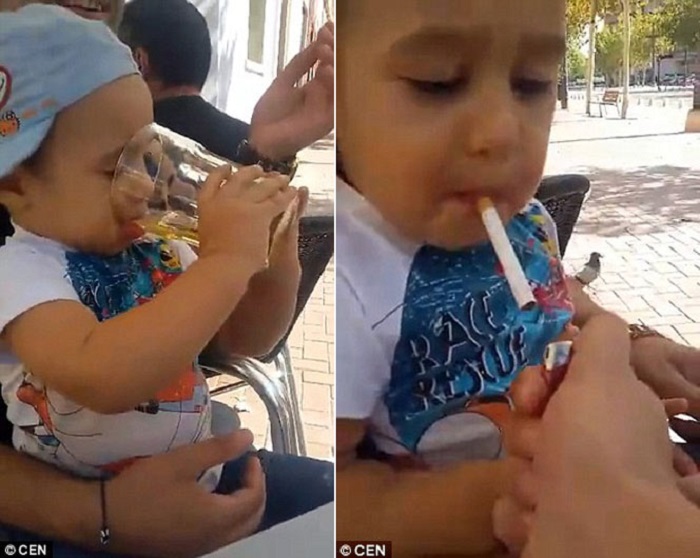 One of them tells the boy: “That’s what being a real man is all about.”


The sickening clip dismayed many viewers, Doina Dicu wrote on Facebook, “This man has to lose his parental rights. Childcare officials should do something.”
Another outraged viewer, Mihaela Stanciu said, “There should be an exam for everyone who wants to have a child. If you fail, you can’t have them. Otherwise we’ll fill this planet with…degenerate people.”
Apparently the people involved has not been yet identified, but it is believed that the incident happened in Spain where there is a large Romanian immigrant population mainly working in farm labor and other low-paid jobs.
Whether it is just for fun or not, we shouldn’t encourage the little ones to do such things. Please be a responsible adult!
Via: Mirror
Posted by Unknown at 6:04 PM