Home » »Unlabelled » How Do I Know If This Is True? And What Buddha Said About Other Religions

How Do I Know If This Is True? And What Buddha Said About Other Religions 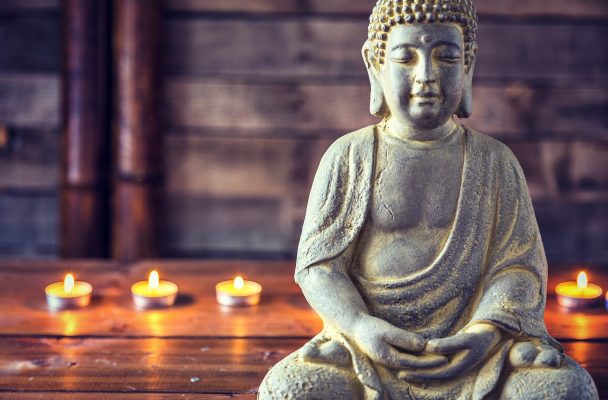 The freedom to doubt

Some religionists try to keep their followers in the dark; they are not allowed to touch other religious objects or books. They are instructed not to listen to the preaching of other religions. They are enjoined not to doubt the teachings of their own religion, however unconvincing their teachings may appear to be. The more they keep their followers on a one-track mind, the more easily they can keep them under control. If anyone of them exercises freedom of thought and realizes that he had been in the dark all the time, then it is alleged that the devil has possessed his mind. The poor man is given no opportunity to use his common sense, education, or his intelligence. Those who wish to change their views on religion are taught to believe that they are not perfect enough to be allowed to use free will in judging anything for themselves.
“Go forth, o bhikkhus, for the good of the many, for the happiness of the many, out of compassion for the world, for the benefit, for the good, for the happiness of gods and men. Let not two go by one way. Preach the doctrine that is beautiful in its beginning, beautiful in its middle, and beautiful in its ending. Declare the holy life in its purity, completely both in the spirit and the letter. ~ Mahavagga, Vinaya Pitaka”
With the words above, the Buddha initiated the world’s earliest missionary religion. It was a missionary religion with the noblest of aims, for it was not to win people for the power of the religion, nor for the glory of any being, but for the happiness and benefit of those that would receive the teachings. Throughout it’s history, Buddhism spread not by conquest or colonization but peacefully through the teaching of its followers and the noble examples of their lives lived in peace and happiness.
Buddhists do not try to influence other religionists to come and embrace their religion for material gain. Nor do they try to exploit poverty, sickness, illiteracy and ignorance in order to increase the Buddhist population. The Buddha advised those who indicated their wish to follow him, not to be hasty in accepting his teachings but to consider carefully and to determine for themselves if it was correct or true.
Now I am even more pleased and satisfied when the Lord says to me: “Make a proper investigation first.” For if members of another religion had secured me as a disciple they would have paraded a banner all around the town saying: “Upali has joined our religion.” But the Lord said to me: “Make a proper investigation first. Proper investigation is good for a well-known person like yourself.” ~ MI 139″
The Kalama sutta describes an occasion when the Buddha stopped by a village to teach. Earlier, several other religious teachers had passed through the same village, all claiming that their religion was the one and only correct one. The villagers, out of great respect for the Buddha then asked him which of these teachings they should accept. The Buddha replied that they should make a considered decision after thinking it through, using their own reason and judgment. He was more concerned that his followers understand his teaching.
“Do not go by revelation or tradition, do not go by rumour, or the sacred scriptures, do not go by hearsay or mere logic, do not go by bias towards a notion or by another person’s seeming ability and do not go by the idea “He is our teacher”. But when you yourself know that a thing is good, that it is not blamable, that it is praised by the wise and when practised and observed that it leads to happiness, then follow that thing ~ Kalama Sutta”
Buddhism is not dogmatic. Neither does it ask people to accept it through blind faith. In the scriptures we are constantly reminded that we should not blindly believe, but rather to question, examine, inquire and rely on our own experience and judgement. No other religion dares nor is able to give similar license to its followers, for to do so would allow them to open their minds and to question their faith. After all, faith is merely the continued grasping of a belief that one’s reason and logic tells is not true.
The Buddha upheld the highest degree of freedom not only in its human essence but also in its divine qualities. It is a freedom that does not deprive man of his dignity. It is a freedom that releases one from slavery to dogmas, dictatorial religious laws and outdated superstitions.
source awakening-path.net
Posted by Unknown at 9:16 AM