Home » »Unlabelled » What Lord Buddha Said About Being A Vegetarian or A Non Vegetarian.....!!!!

What Lord Buddha Said About Being A Vegetarian or A Non Vegetarian.....!!!! 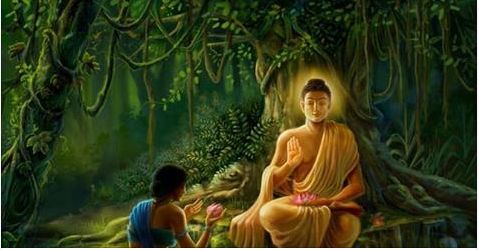 In Buddhism, the views on vegetarianism vary between different schools of thought. According to Theravada, The Buddha categorically prohibited consumption of the flesh of any animal that was "seen, heard or suspected" to have been killed specifically for the benefit of monks (Jivaka Sutta, Majjhima Nikaya 55). This rule technically applies only to monastics, but it can be used as a reasonable guide by devout lay people.
In Vajrayana, the act of eating meat is not always prohibited. The Mahayana schools generally recommend a vegetarian diet, as some believe that the Buddha insisted that his followers should not eat the flesh of any sentient being.[2] Monks of the Mahayana traditions that follow the Brahma Net Sutra are forbidden by their vows from eating flesh of any kind. 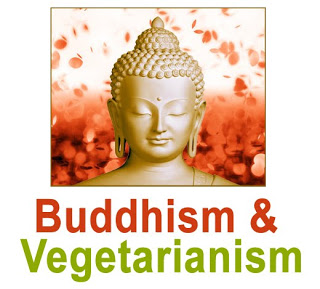 However there are some meats which are specifically prohibited for monks to eat: human meat, for obvious reasons; meat from elephants and horses as these were then considered royal animals; dog meat - as this was considered by ordinary people to be disgusting; and meat from snakes, lions, tigers, panthers, bears and hyenas - because one who had just eaten the flesh of such dangerous jungle animals was thought to give forth such a smell as to draw forth revenge from the same species!
Nowadays many are talking about being vegetarian.
Some of them say it is a must to become a vegetarian.
Some says we are killers if eat meat.
Some says there is no problem eating meat.
Some says those who eat meat turn their stomach into a cemetery.
Some says people kill animal because we eat them.
However we can get answers to the above queries by the below examples;
Once a monk got  some food stuck in his throat and another monk hit him by thinking to release him and save… the food stuck in the throat came out but the monk died… then the other monk who hit was feel bad and went to Samma Sambuddha and ask whether he is guilty or not guilty.  Then Samma Sambuddha asked what was the “Thought” you had on the time you hit him?  Then the monk said “I just wanted to save him, didn’t want to see him die”... Then Samma Sambuddha said “then you are not guilty… if your thought was to kill then only you are guilty”
Another occasion one monk suffered a lot from a disease and other monks thought its better this monk die than suffering in such manner…   then they pour some water into the sick monk and he died.  Then those monks went to the Samma Sambuddha and ask whether they guilty or not guilty.  Then Samma Sambuddha asked what was the “Thought” you had on the time you put water on him?  Then the monks were saying “we thought its better he die than suffering like that”... Then Samma Sambuddha said “oh monks you all are guilty… and break the rules which are not allowed”
Therefore the bottom line of being a vegetarian and a non vegetarian solely depends on your thought…!! You cannot blame a person who eat meat or vise verse..!!
Lord Budhha had said ‘ Chetanaham bikka wei kamman wadami, chetaithwa kamma karothi papakan’  Intention is the most important aspect in the whole wide world if you had a bad intention in doing a good work then it will be a sin.
Our intention or thought is the most important aspect that matters most not only being a veg or non veg but also in every work that we do daily….!!!
Love it....??? Share it...!!!
credits    www.theinfopost.org
Posted by Unknown at 7:15 AM