Hopes and expectations of disclosure heightened recently in the 9/11 Truth community following news that a Danish High Court would allow expert witnesses to give evidence and testimony that challenges the official narrative of the September 11, 2001 attacks.
Via inquisitr 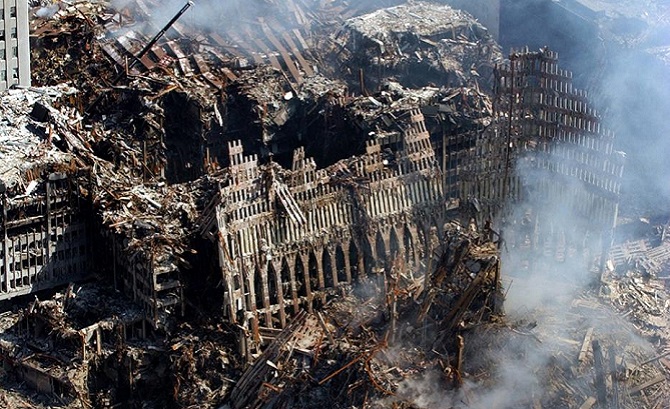 Although the mainstream media ignored the recent developments, the presentation last week of a video of the collapse of the World Trade Center Building 7 (WTC 7) to three judges of the Denmark High Court was highly unusual.

The expert testimony challenged the official narrative for the first time, giving hope to members of the 9/11 Truth community that their denial of the official explanation of the 9/11 events would be vindicated, especially the circumstances surrounding the collapse of the World Trade Center Building 7.

The expectations of disclosure in the 9/11 Truth movement are exemplified by the comments on the website People’s Voice which condemn “BigMedia” over their alleged complicity in covering up the “Crime of the Century.”

“In the eyes of millions of clear-headed, truly patriotic searchers for the truth, BigMedia has embarrassed itself thoroughly by its energetic support of the Cover-up of the Century (thus being also guilty of being accomplices in the Crime of the Century). The media is expected to also blacklist the testimony, refusing to report the findings.”

In a post to his Facebook page on March 13, Niels Harrit, the plaintiff in an appeal heard by the Eastern High Court in Copenhagen in relation to a libel suit previously dismissed by a lower court, said the judges were shocked to see for the first time on March 12, the video of the collapse of the WTC Building 7.
“We got the opportunity, for once, to present a video of World Trade Centre 7 collapsing, in court… at that time I recognized a state of astonishment among the three judges… I understand, as usual, that none of them had heard or seen the collapse of Building 7 before.”


He also promised in a Facebook post that details of the court case would be published soon, and the verdict of the High Court will be issued on April 9, 2015.
Harrit sued over comments by journalist Søren K. Villemoes in an article titled “Madness in the Royal Library” published by the Danish newspaper Weekendavisen on Dec. 7, 2012.
In the article, in which he attacked the director of the Royal Library of Denmark over a decision to allow the Turkish government to present its position on the Armenian genocide, Villemoes called Harrit and other 9/11 Truth activists “crackpots” because of their conviction that collapse of WTC Building 7 was a controlled demolition that utilized special explosives. He compared them disparagingly to “creationists” and “Holocaust deniers.”
“… Is the library soon going to open its doors to an exhibition showing us ‘alternative’ theories about evolution?… Why not just invite in Niels Harrit and the other crackpots from the 9/11 skeptics movement while we are at it? What about the holocaust denial movement?”

Harrit, a scientist who taught chemistry for 40 years at the University of Copenhagen, took umbrage at Villemoes’ comment as casting aspersion on his reputation as a scientist and decided to sue under Denmark’s libel law.
Harrit was one of a team of international scientists who announced on April 3, 2009 in a research paper published in the Bentham Open Chemical Physics Journal that they found nano-thermite in the dust collected from the World Trade Center after the 9/11 event.
Based on their findings and previous work claiming discovery of iron microspheres in the dust, the scientists concluded that an explosion caused by thermitic reactions led to the collapse of the WTC buildings.


Harrit appeared on Danish TV at the time to discuss the results of the study, and he soon became a prominent figure in the Danish 9/11 Truth Movement.
Now, the Danish High Court on March 12 allowed him to submit evidence and call expert witnesses to support his libel claims against the newspaper Weekendavisen after the lower City Court ruled against him in 2013.
He presented a video of the collapse of the WTC Building 7 and samples of the dust allegedly containing nano-thermitic particles.
One of the witnesses was Jan Utzon, a respected architect and member of the organization AE911Truth, with about 2,300 architects and engineers who challenge the official 9/11 narrative.
Dr. Per Hedegaard, a professor of physics at the University of Copenhagen’s Niels Bohr Institute, was the other witness. He had opposed Harrit in the past and issued a statement to a newspaper in 2010 dismissing Dr. Harrit’s claim that nano-thermite material suggestive of explosives was present in the dust after the 9/11 event.
His statement was used as evidence against Harrit in the previous libel trial.But now the professor gave testimony in support of Harrit after having reversed his position on the evidence.
Harrit also received legal assistance from attorney Mads Krøger Pramming, chairman of the Danish whistle-blower organization Veron.

source   www.bozzfeed.com
Posted by Unknown at 1:22 AM