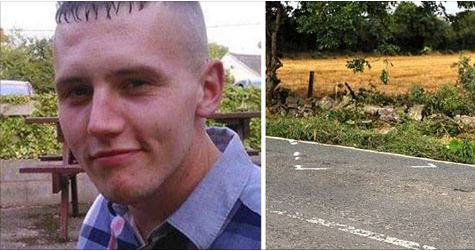 A MAN who had been jailed for raping a 12-year-old schoolgirl has died after he was hit by a van.

Ryan Draper, 27, from Caerwys, Flintshire, died when he was walking in the early hours of Saturday morning on the B5122 in Caerwys, near to junction 34 of the A55.
He was pronounced dead at the scene after a Vauxhall combo van collided with him and his girlfriend, also local to the area.
She was taken to Ysbyty Glan Clwyd by ambulance with serious life changing injuries.
Draper was jailed for five years in 2011 after he pleaded guilty to rape at Mold Crown Court.
Judge Niclas Parry told him: "You gratified yourself, you used no protection and showed a total disregard for her."
Draper was also placed on the sex offender register for life and was given a Sexual Offences Prevention Order to stop him approaching the victim. CASCADE
Draper died at the scene, while his girlfriend was taken to hospital with serious injuries
The 42 year-old male driver of the van was also taken to Ysbyty Glan Clwyd with what were believed to be minor injuries.
He has since been arrested on suspicion of causing death by dangerous driving and causing serious injury by dangerous driving, but has been bailed pending further enquiries.
Mr Draper's parents have paid tribute in a statement which said: "Both Hilary and David Draper, and his brother Joshua are deeply saddened at the loss of our loving son Ryan who was tragically and suddenly taken from us.
"We loved him so much and he will always be in our hearts. God bless him and we pray that his girlfriend makes a full recovery."
The woman who was injured remains at hospital in Stoke.
Her condition is currently described as critical but stable.
Officers are continuing to appeal for witnesses to the collision which occurred shortly before 12.45am on Saturday.
The road re-opened shortly after 8am the same day.