Home » »Unlabelled » He terrified other kids when he was a child. Now they all regret that decision.

He terrified other kids when he was a child. Now they all regret that decision.

Jono Lancaster lives in the UK. He’s tall, blonde, works as a model, and suffers from Treacher Collins syndrome. Treacher Collins syndrome is a very rare hereditary disease that leads to changes in the facial structure. Jono has a malformed face and was thus often teased at school. Children even ran away from him. It was the darkest part of his childhood and it had a profound effect on him.
Nevertheless, he grew up with a healthy dose of optimism and did not let his condition demoralize him. His dream is to inspire others, especially children who live with the same condition. 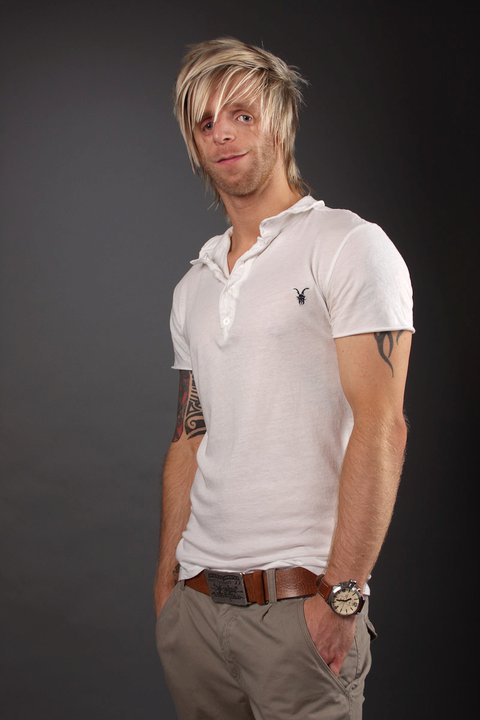 Facebook | Jono Lancaster
In November 2014, he receives a letter from a baby’s mother. Her son, 2-year-old Zackary, suffers from Treacher Collins syndrome as well. Tragically, Jono also learns that Zackary can only live with a plastic tube that keeps him alive: his windpipe is so constricted that he can’t breathe without assistance. To top it all off, Zackary has begun to realize that he does not look like his other playmates. Zackary’s mother fears that he will be teased and ostracized in the future. Little Zackary needs as much support and encouragement as he can get. 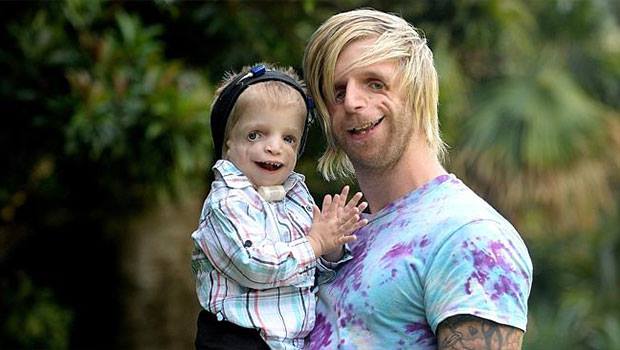 For Zackary, Jono is a hero. Jono has managed to do what Zackary can only dream of up to this point: Jono lives a fulfilling, happy, and healthy life. He is able to free himself from the nightmares of his childhood–and when people stare at him, he stares defiantly back.
The charity organization, “Adelaide Now,” learns about Zackary and Jono and offers to buy the Brit a plane ticket to Australia. Jono accepts the offer immediately and flies to meet Zackary. When the two meet, it’s a dream come true for Zackary. They both get along from the beginning. Jono doesn’t just visit Zackary, but also other children in order to spread awareness about Zackary and his condition.
“We want to reach all those who say that we can’t do anything because we are worthless. But if you believe in yourself and have a positive outlook, you can do anything.” 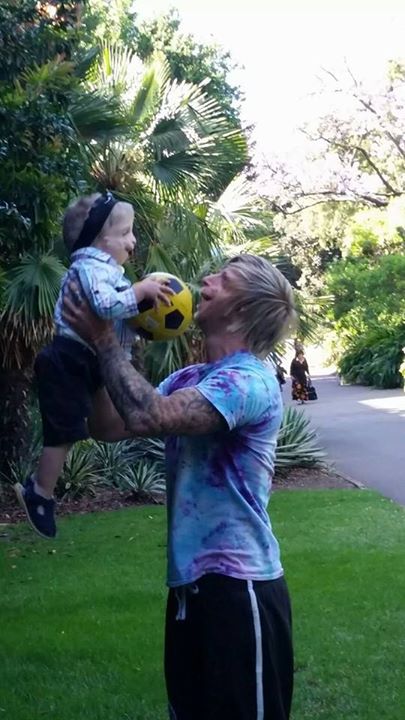 Facebook | Jono Lancaster
Jono’s visit has given hope to Zackary. Family friends started a fundraising campaign to help the Walton family with medical expenses and donations have since come flooding in from local families and businesses from all over the world. With this support, Zackary can now undergo operations such as a windpipe widening procedure to enable him to breathe on his own and a cochlear implant where his ear canals would be opened and rebuilt, and new artificial ears covered with a skin graft. These operations are risky and complicated but despite all this Zackary knows:

Facebook | Jono Lancaster
“When you believe in yourself and you have a positive attitude, you can do anything.” 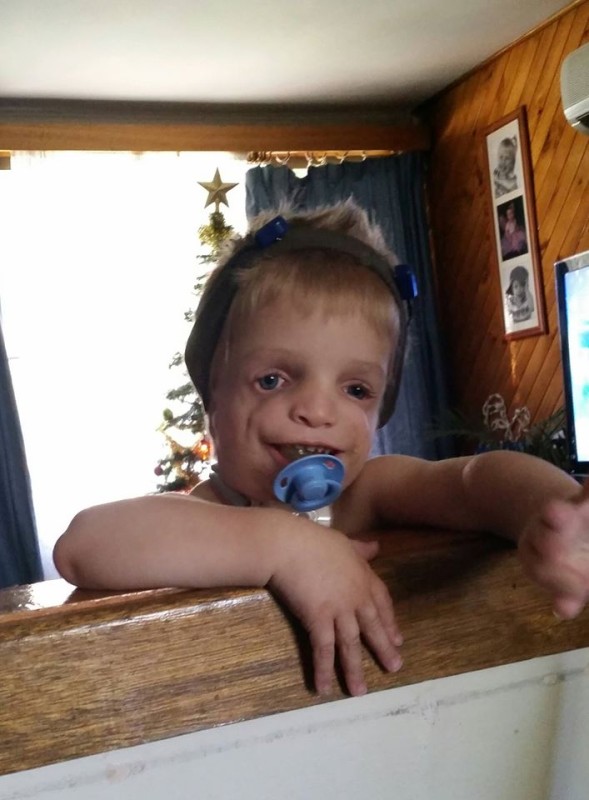 Facebook | Jono Lancaster
The story of Jono and Zackary gives courage to many people who suffer from the same condition. This courage ultimately helps them face their daily hardships. The optimism with which the two face each day, is remarkable. I am honestly not sure how I would handle such a condition. Share this beautiful story with others in order to show how they can confront such situations with similar courage and grace.
source   www.hefty.co
Posted by Unknown at 6:25 AM